Published 19 June 2011 by By Ian Mansfield Events and Tours

Another of those “why didn’t I know about this earlier” moments, as I noticed a tall sailing ship is berthed in Canary Wharf’s South Dock AND that it is open for the public to wander around for a look.

Slightly understandable that I didn’t know about it, as it isn’t on the PLA listing for in-port ships, or on AIS tracker.

Having verified that the public were allowed on board – a quick run home for the camera and back to have look around the USCGC Eagle.

The sailing ship is in fact a German ship built in 1936, the Horst Wessel was taken by the United States at the end of World War 2 as part of the war reparations. Taken over by the US Coast Guard, the ship is now used for training new cadets in the skills of seafaring, and more importantly, in team work and how to live on the sea.

At 295 feet in length, Eagle is the largest tall ship flying the Stars and Stripes and the only active square-rigger in U.S. government service.

Going on board, a greeting from a cheery Yank, and a leaflet about “America’s Tallship” and it was basically a wander round the upper decks of the ship amply assisted by lots of signs dotted around the place explaining things.

I now know why some ropes are covered in “fur” (or baggywinkle to give it its formal name) – it’s to stop sails chaving against the ropes and wearing holes. Also the ratlines (pronounced rat’lin) that you see people climbing up and down in movies.

The ship is open for tours today (Sun 19th June) until 5pm, then it gets a bit messy. The ship should leave tonight, or maybe not, as they are waiting for a spare part to arrive.

I was told that therefore, if the ship is still around on Mon or Tues, then the public will also be allowed on between 1pm and 7pm.

Updated: 20th June 4pm – the ship will be open to the public until 7pm on Monday (still unsure about Tues). 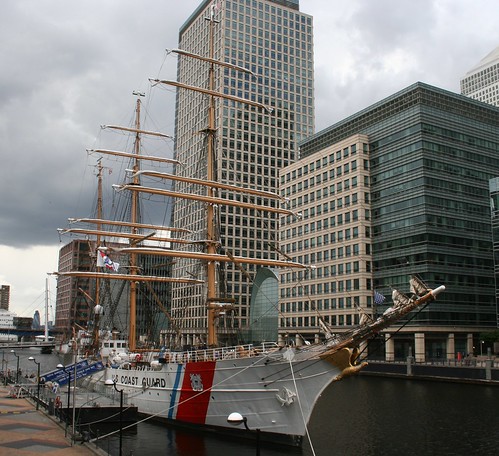 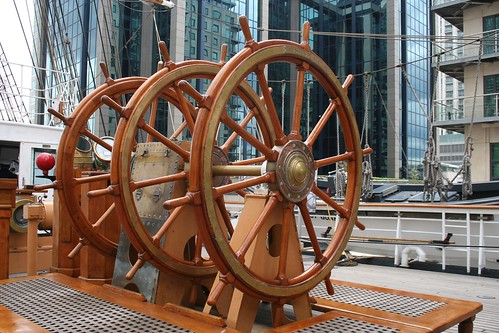 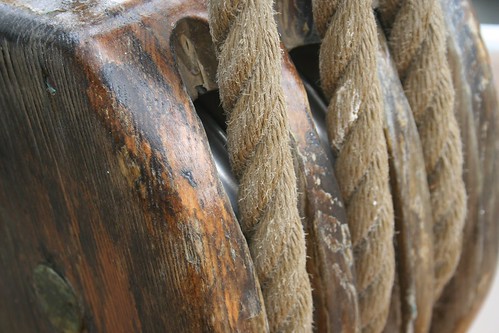 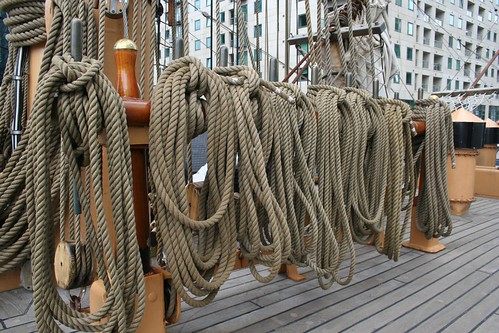 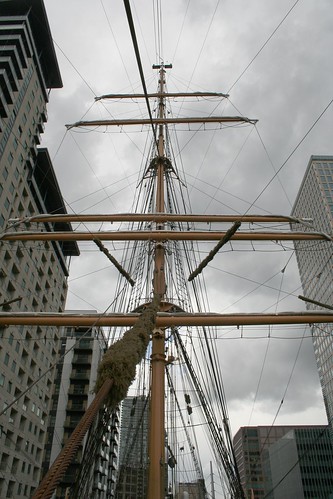 More in my photo gallery.