Going Underneath the Albert Memorial

This morning I had the pleasure of visiting a structure that most people don’t even know exists – despite part of it being quite famous.

The bit most people will have seen is the famous Albert Memorial in London’s Hyde Park. 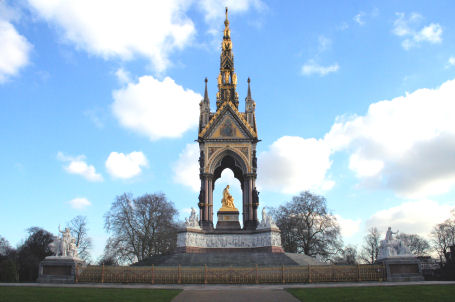 What people do not know about – is what is underneath!

To give you a little background then. The memorial is raised up on a large mound, and you cannot put a thousand-odd tons of marble, bronze and gold on top of a hill and leave it there. You need foundations.

The actual area was fairly flat originally, and a large concrete foundation was excavated. This is some 17 foot deep and I learnt today that the sandy spoil was used as landscaping around Hyde Park. On top of the concrete base, a large brick “undercroft” was constructed to support the memorial itself.

The brickwork comprises of a staggering 868 arches which buttress the central column supporting the memorial. The outside is lain with marble steps directly onto the brickwork, with no waterproofing. Surprisingly, little water gets into the undercroft, although it is damp and some water damage can be seen. Quite a bit of repointing was done during the huge restoration of the memorial, but the structure is still shockingly clean for something which has stood for over a hundred years.

The brickwork is very high quality, and I understand the comments in the archives which noted how the people of the time would admire the foundations almost as a “building in its own right”.

Below is a couple of line drawings which show a side image of the memorial structure: 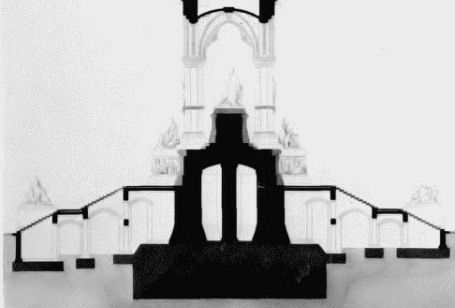 And this is an above view which shows the brick lines: 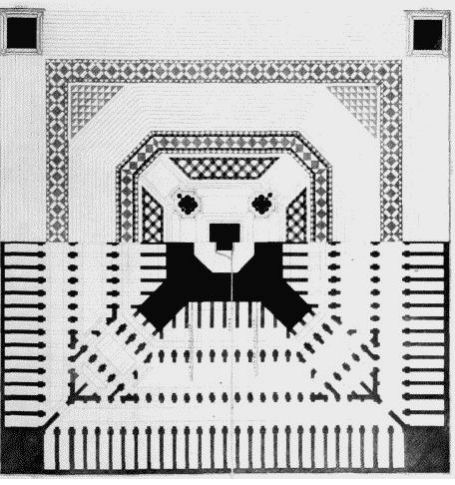 I had a “behind the railings” tour of the memorial just over a year ago, and the tour guide mentioned that underneath was hollow, but didn’t elaborate – hence my researches.

Late last year, I contacted some people and amazingly, they were interested in letting me go down – which resulted in my standing at the memorial this morning. I was due to accompany some staff into the structure, however, they had to cancel and I ended up with a solo visit accompanied by the local manager.

The entrance is just a “manhole” in the ground which was lifted to show some concrete steps down to a very narrow passage into the undercroft. 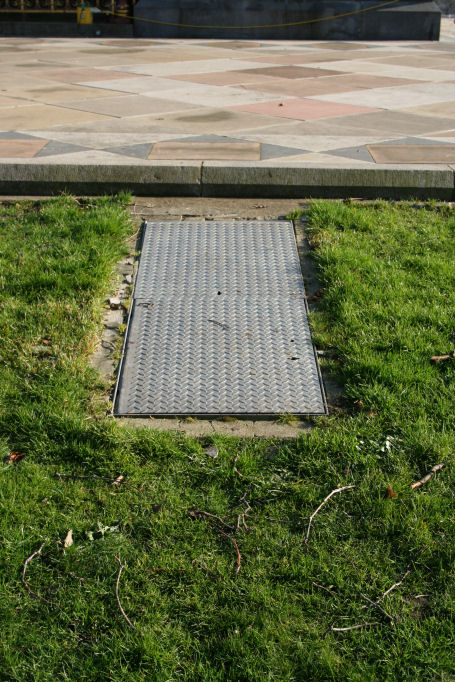 After a moment of problems with the electric fuse boxes, we concluded that the lights were not working, but I had a very powerful torch, so we decided to go in anyway. As it happened, a few of the lights were working further in the structure, but we didn’t know that at the time.

Incidentally, I was surprised they have any substantial lighting at all, and wasn’t expecting anything more elaborate than a few emergency lights. The torch was still needed though.

We took a walk around the southern half of the undercroft, which is the most spectacular part. Towards the northern end, the height of the undercroft gets a lot lower as the ground slope rises up. 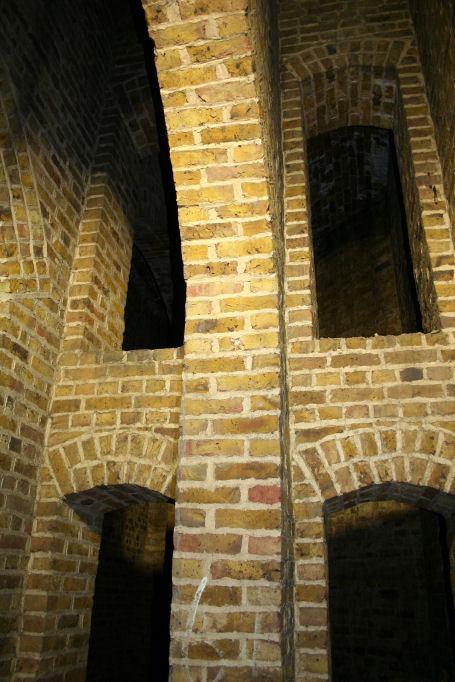 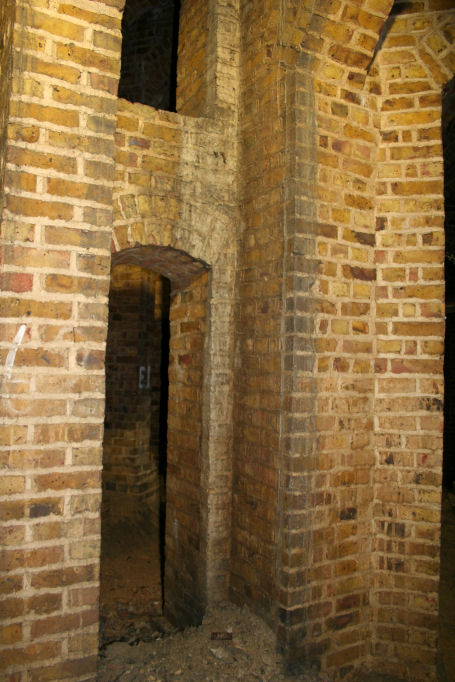 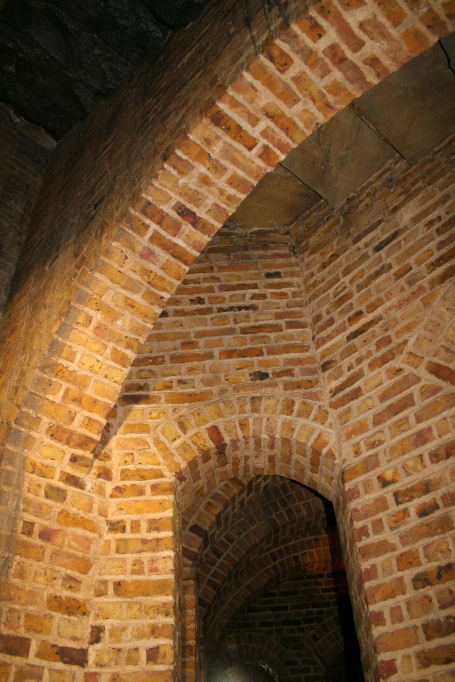 We wandered around chatting about the structure and the history of the construction.

Here are a couple of Victorian photo plates taken during construction: 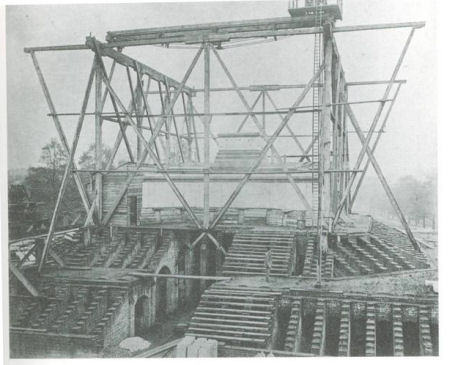 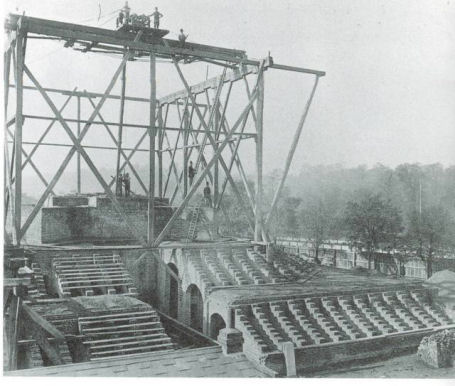 The structure you see in the old photos above was actually completed about 8 months before the marble steps were laid on top. When the marble order was sent to quarries in Scotland, the workers went on strike! Most of the marble actually ended up coming from Ireland in the end. The result was that the undercroft was exposed to a full winter and summer without protection – although you could never tell that from underneath now.

In the very centre is a massive brick funnel which supports the main canopy of the memorial – and in the very centre of that is a large brick column which directly supports the bronze statue of Albert itself. The statue is quite famously covered in Gold – but the archives show that it was very nearly made of marble – as the government was proving a bit late in agreeing to provide the gunmetal needed for the casting.

There was a huge amount of politics around the construction of the memorial, and it is almost a miracle that the thing got built in the first place.

Anyhow – time for some more photos – now of the chamber directly underneath the statue: 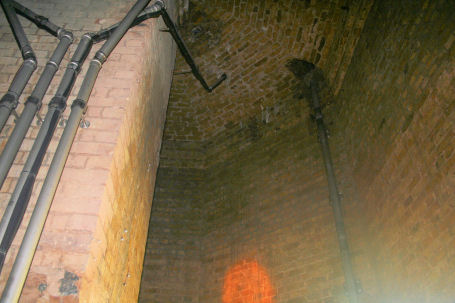 There are four original pipes in each corner for rainwater to run into a drain. Alas, they tended to freeze up and break, causing damage to the memorial above. During the restoration, more drainage pipes were built into the memorial, and you can see those plastic pipes attached to the central support column. The pipes are heated to prevent freezing, and as it was a tad chilly the night before our visit, the heating was still on at the time.

This is another view – the light spot is my torch! 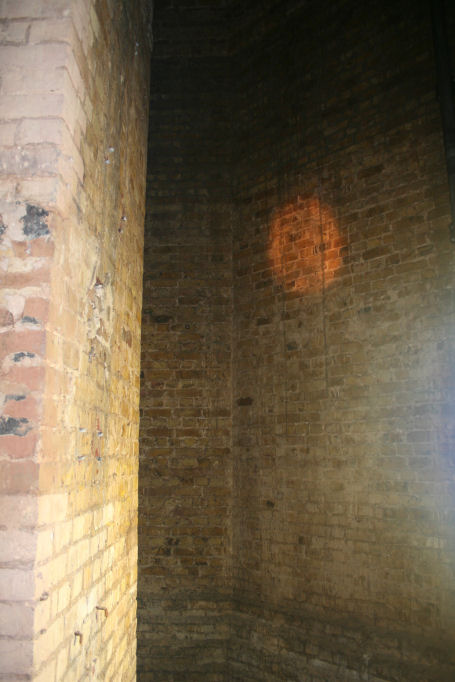 Looking down, this is the floor of the central area. That thin strut coming from the wall is the support for the original rainwater pipe, carrying it to the main drain. 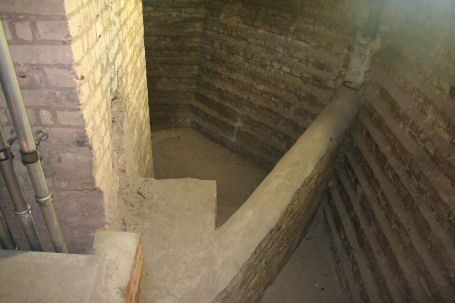 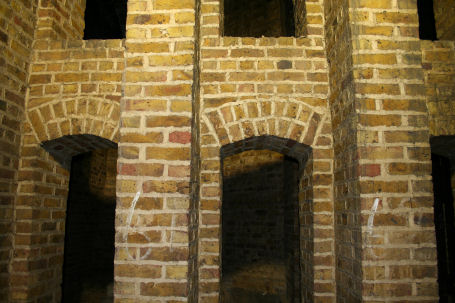 This next photo below, is looking up – and the black steps are the underneath of the marble steps you walk on when visiting the memorial from a more conventional direction. As you can see, they are laid directly onto the brickwork, with no waterproofing at all. 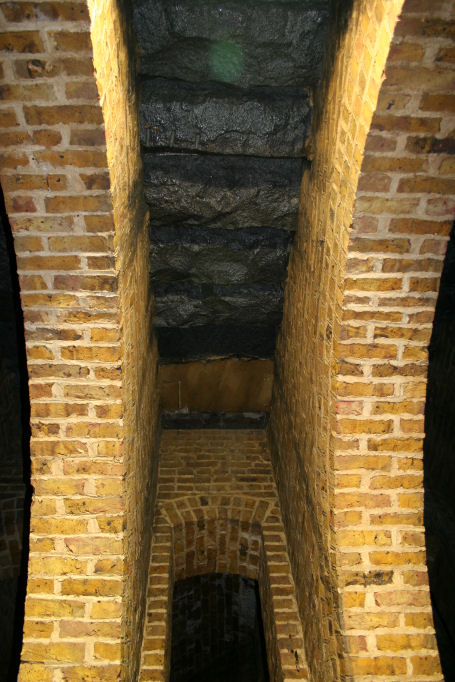 Again, another view looking up at the marble steps. 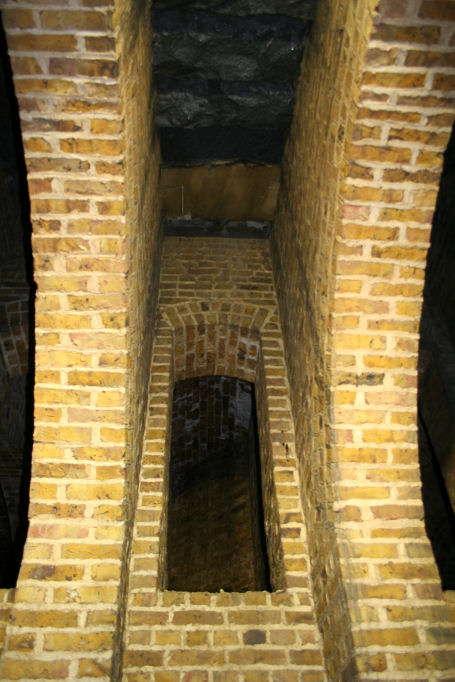 Another view of the several long axis running around the memorial. The floor was mainly covered in rubble from the ages, and was very dry. Apparently, before the restoration, it could have been quite muddy, and there were odd patches with fungal growth showing that it had been very wet in the past.

It’s worth pointing out that the long row below (and the one at the top of this page) are the East and West wings of the structure. The Southern wing is about twice the height – alas lack of lighting made my camera fail to perform, even with powerful torches and flashes. 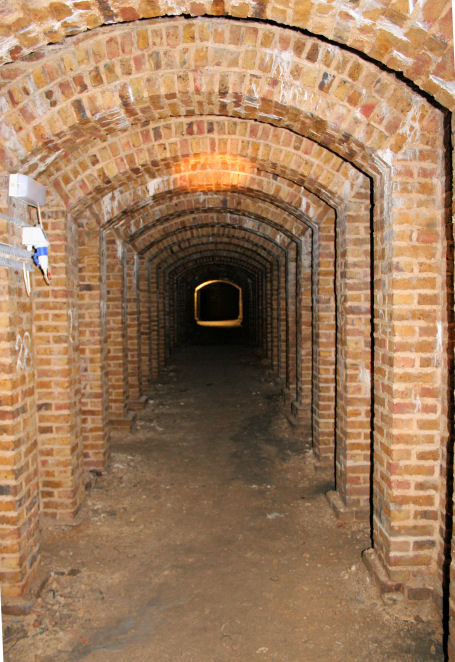 After about 20 minutes, we came back out (remembering to turn the lights off) and I am deeply grateful to the people who permitted access.

Alas, the place is not open to the public at all – this was a very special one-off visit. I am not going to say who I contacted, as I don’t want them being annoyed by a flood of similar requests.

I do think it would be fantastic to open the undercroft to the public, maybe for a couple of controlled “open days” as happens at some subterranean places (Paddock etc.) – but I also appreciate that is not part of the current remit for the management of the memorial, and you would need a few staff/volunteers to manage it.

Maybe someday it will be possible.