The largely hidden remains of an important Priory currently languishing under a 1980s dual carriageway are to be uncovered in a major restoration project. When the road was built, the remains of one of England’s most important religious houses was discovered, but the road couldn’t be stopped, so they compromised and elevated it slightly over the priory remains. 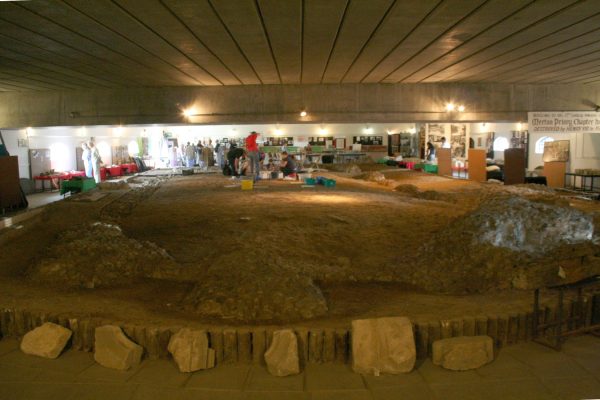 The significance of Merton Priory and the Chapter House is evident in the ecclesiastical, royal and government activity that was conducted at the priory and meetings which were held in the Chapter House itself. King Henry III held called a council meeting in January 1255 to discuss how to meet his expenses abroad at Merton, the king also had private chambers at Merton Priory.

The Statutes of Merton, the basis of common law in England for centuries and seen as a forerunner for modern parliament, were signed at Merton and Walter de Merton, founder of Merton College in Oxford and Chancellor of England was also educated at the Priory.

The priory was abandoned in 1538 during the Dissolution under Henry VIII. Ironically, most of the stones were taken to build the King’s Palace at NonSuch, and while the palace was later utterly destroyed, the remains of the priory still exist.

They were rediscovered when the area was cleared for the shopping centre nearby and construction of the road, which runs over the site. 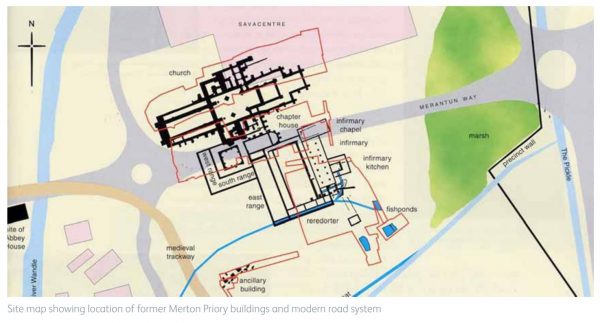 Every so often, a small door in an underpass is opened to let people inside to see the remains of Merton Priory, but they’ve been wanting to do something rather more dramatic with the site, and construction has now started.

The proposed development involves the demolition of the south wall of the enclosure under the road bridge and the construction of a new single-storey extension.

By extending to the south and incorporating a glazed elevation the new space also aims to make the fact that there is “something to see” at this location a heck of a lot more obvious than a dark door in a dank underpass. 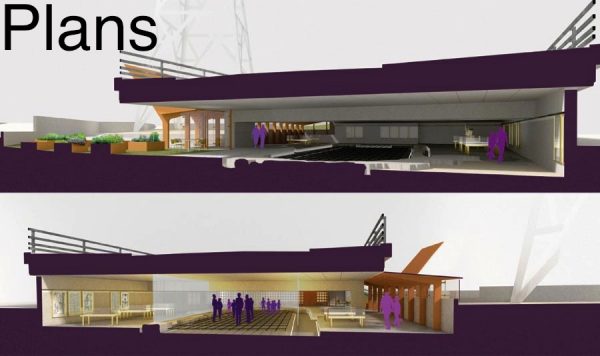 Phase 1 of the development is now fully funded and approved. Construction work has now started and will continue until the middle of next year.

Then, a long hidden and little known, but very important part of our history will be a little bit better known. 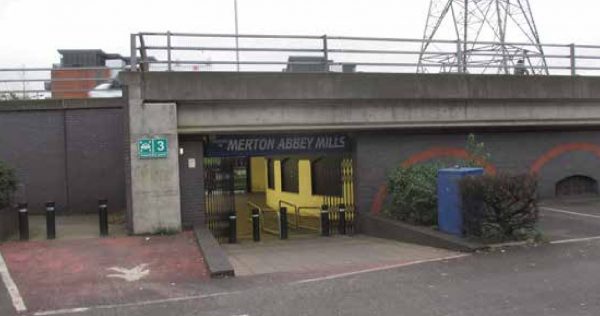 Phase 2, which is still subject to funding, involves recreating a medicinal garden on the site of Merton’s Infirmary Garden, one of the first two recorded medicinal gardens in England.