A tower taller and wider than the Shard was once planned to stand in the heart of the City of London. Penned by Sir Norman Foster, the Millennium Tower would have stood more than 380 metres high and looked down on The Shard across the river. 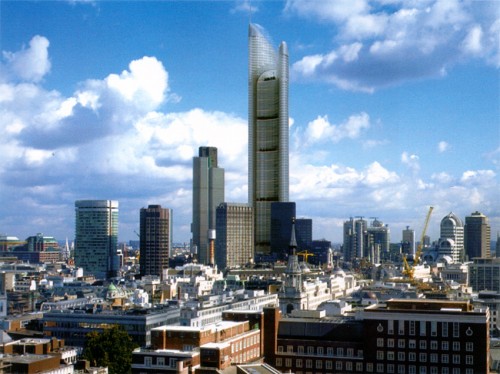 It wasn’t just the height that would have made the building notable though, but also the bulk, as it didn’t taper towards the top, but maintained the full ground floor width for most of its height. With such a massive bulk on a skyline lacking many tall buildings, it’s probably not entirely surprising that it amassed a vast army of opposition that today would probably be more muted.

Announced in September 1996, the tower was to stand in the site of the former Baltic Exchange, which had been vacated thanks to the actions of the IRA. The site of the terrorist bombing being too badly damaged for repair, it was decided to put something new on there instead.

What was proposed was a 1,265 foot tall skyscraper, with 92 floors — the London Millennium Tower.

A public viewing platform was planned for 1,000 ft above ground level, and to prevent the building swaying in the wind, inside would have been a 600-ton pendulum to balance the building — much as is used in other buildings in earthquake zones.

Movement dampers are also used in one of Norman Foster’s other creations — the Millennium, aka, wobbly, Bridge. 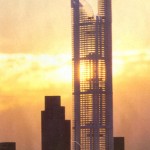 However, bulk aside, what marked the building out as radical was the design of the physical structure which was as much as possible, almost see through. There wouldn’t be any need for the usual bulky central core, with the double-deck lift shafts being more widely spread across the floor plates.

English Heritage said that the “building would dominate not only the city but the whole of London, becoming the symbol of the capital and pushing St Paul’s to one side”. It’s presumed they didn’t approve of that.

Unfortunately for them, one of the biggest objections came from a landowner several miles away — it was claimed that a building that high could have posed a threat to aircraft approaching Heathrow airport.

An attempt to come back with a slightly shorter version also failed to gain support.

The tower was cancelled, and the owners of the land sold it to Swiss Re, who also turned to Foster & Partners to build a skyscraper on the site. And this time they produced one of London’s most loved buildings, 30 St Mary Axe, better known as the Gherkin. 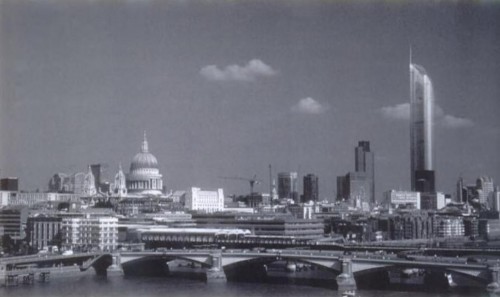 More from the Unbuilt London series of articles here