The Houses of Parliament, that impressive confection of gothic architecture should look a lot plainer — in fact it should be Georgian in style — had plans to erect a new building in the 1730s been carried out.

Newly enthroned monarch, George II and the UK’s first Prime Minister, Robert Walpole wanted to sweep away the tired old medieval cluster of buildings next to the Thames and usher in a new age fit for the Georgian monarchs and a stronger more assertive Parliament.

Thus, in 1733 the architect, William Kent was commissioned to design an “edifice that may be made use of for the Reception of the Parliament”, and what an edifice it would have been.

A massive building some 444 foot long facing onto the river with a largely face-on design that would have created a mighty wall of white marble pocketed with windows.

As was the type of the Palladian style of architecture of the era, it would have looked more like a grand house than a Parliament, albeit on a considerably larger scale.

A number of towers on top would have provided ventilation to the centre, and imposed Parliament onto the skyline of London. 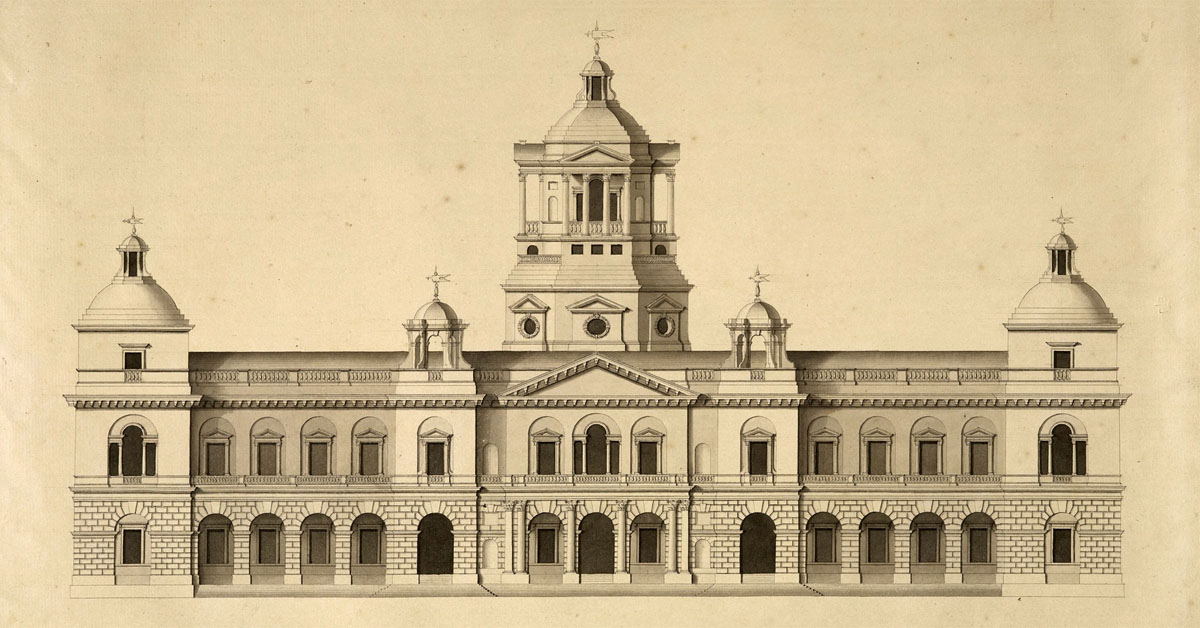 However, it was within that the greatest development would have occurred. At the time, the notion of political parties as we understand them today was still in its infancy, so the House of Commons would have been in the round, more like an amphitheatre, as opposed to the current design of two sides facing each other.

The amphitheatre design is one which is more popular with modern Parliaments, and the UK only got its more confrontational design by accident — it’s how St Stephen’s Chapel was laid out when the Commons sat there.

How different would our political system be if the circular layout had delayed the emergence of party politics?

Kent submitted a number of plans over the next decade, each progressively plainer to reflect changing tastes, but by the 1740s, the government was short of cash, and short of political authority. With the downfall of the Prime Minister, the plans were quietly shelved.

The old cluster of buildings carried on being used, until they in turn finally burned down in 1834.

Thanks to a quirk of history, the Thames is lined not with Portland stone, but brown sandstone. A gothic design that later came to symbolise everything that is British about the British to foreigners.

It’s difficult to overstate the importance of the failure to build Kent’s commission, as images of Parliaments dominate the definition of politics in every country. The UK would see the world of politics dominated by sombre stone and serious facades.

As it is, every image we see of political intrigue now, is gothic.

And would the opening credits of House of Cards with its flyover of Big Ben have been as dramatic?