The extension to Crystal Palace would have provided a service of six trams an hour to Croydon, bringing 11,000 more households within 800m of a tram stop. 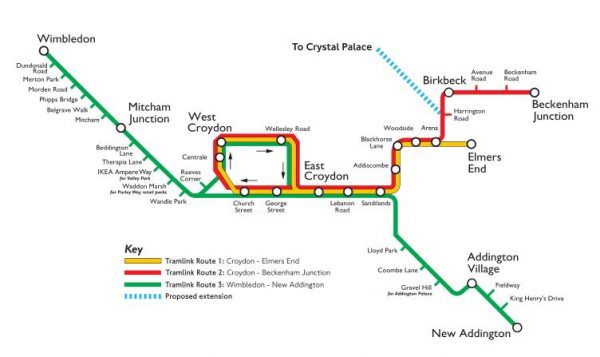 Tramlink Route 5 would have run from where the Crystal Palace bus station is today down towards East Croydon, replacing a little used railway line with a far more frequent tram service.

Running along the existing railway was not difficult, the problem was what to do when the trams got to Crystal Palace. The existing railway station is in a deep cutting next to the park, and then runs through an even deeper tunnel under the bus station.

Anyone who has walked up the hill there knows how deep that tunnel is. 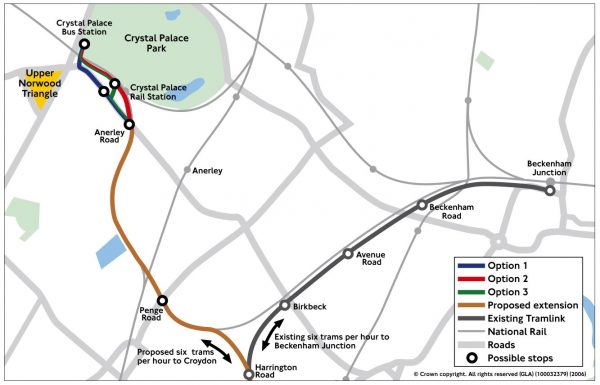 There were three options on how to get to the Parade: on-street, off-street and a mixture of the two. After a consultation in 2006 the off-street option was favoured,.

Under this scheme, the tram would have crossed Anerley Road bridge at street level and continued running alongside the railway lines to emerge beside Crystal Palace train station.

The route would run up Ledrington Road to cross the National Sports Centre access road. The tram would then enter Crystal Palace Park and run parallel to Anerley Hill. The tram would run in a cutting along the Park periphery in an area that is under-used and neglected. It would then climb onto a landscaped embankment near the Museum building before terminating next to Crystal Palace bus station. 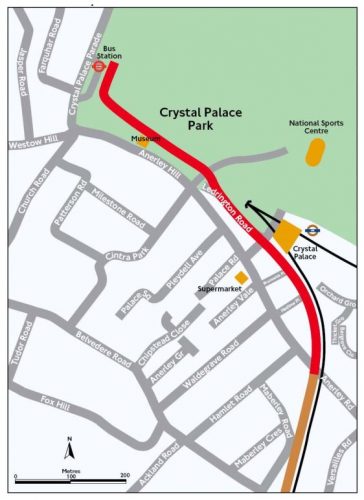 An initial extension was cancelled due to a lack of funding, but revived in 2006 with strong local support, but cancelled again shortly afterwards. A second revival in 2012 was dropped in 2014. At the moment, the only Tram extension being considered is from Wimbledon to Sutton.