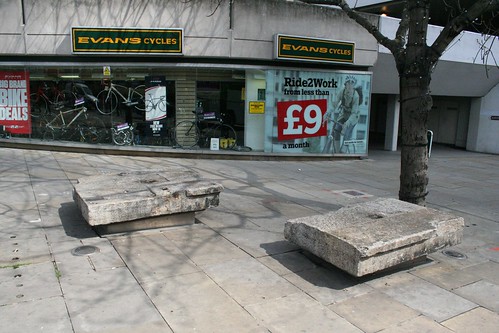 Turns out these two otherwise unremarkable stone seats are actually remnants of the old London Bridge. Not the really old medieval bridge, but the 1825 replacement which was itself taken down in 1967 and sold to the Americans. According to the metal sign, these are two granite coping stones from the bridge and were left behind, as was quite a bit of the abutment, which are now incorporated into the fabric of the modern bridge. 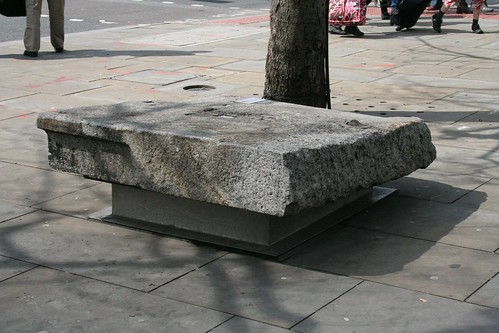