The details for two new stations for the London Overground have been announced, with each of them serving separate branches south of Willesden Junction.

The impetus for the new stations is the planned conversion of much of the area from existing railway sidings into a huge new housing estate, and interchanges with both the Elizabeth line and High Speed 2 (HS2).

Old Oak and Park Royal have the potential to deliver 25,500 new homes and at the centre of these plans is a new station at Old Oak on the HS2 route providing connections between London, the Midlands and the North.

Following on from the 2014 consultation, working with Network Rail and the OPDC and co-funded by the European Commission (EC), TfL has undertaken work to develop an initial design for potential stations at Hythe Road and Old Oak Common Lane.

It’s worth noting that the plans have changed substantially from the original intention, which was for a single larger station and a major diversion of the Overground lines. It would have put the new station right next to the planned HS2/Elizabeth line stations, but at a considerably higher cost.

Hythe Road station – This potential new station would be situated about 700 metres from the HS2 and Elizabeth line station. 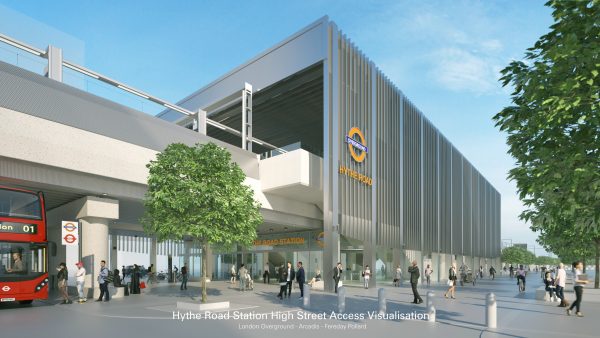 Old Oak Common Lane station – This potential new station would be situated about 350 metres to the west of HS2 and Elizabeth line station between Old Oak Common and Midland Terrace.

Although not mentioned by the TfL consultation, the Old Oak Common Lane station could also be included in the proposals for a new stretch of Overground line via Harlesden and Cricklewood 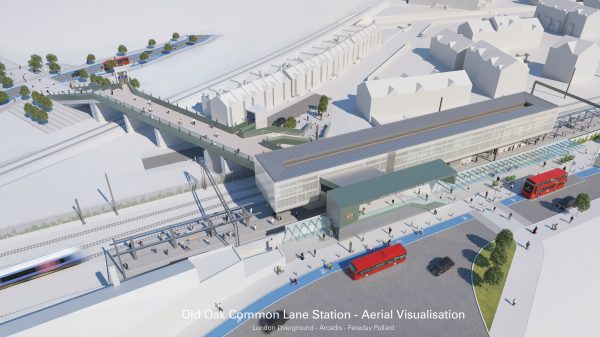 Arguably these new locations are less convenient for passengers swapping between the various railway lines compared to had here had been a single central station, but could be argued that two smaller stations are better for residents as they are closer to planned housing developments.

The new locations also avoided the problems of construction that would come from interfacing with the live Elizabeth line and the still under construction HS2.

There will be public events to give people the chance to ask questions and meet the project team. These events are taking place at;

Further information about the station designs and details of how to respond to the consultation, which closes on 17 November, are available at http://www.tfl.gov.uk/old-oak-common.