Both built within 80 years of each other, yet the older is also the younger, thanks to the after effects of a passing German bomber in WW2.

St Mathews Church was completed by George Dance the Elder in July 1746 and is also is the mother church of Bethnal Green. However, only the bell tower is from that original church, as much of the interior was destroyed by fire in 1859, on a night that was so cold that the firemen were fighting the fire with ice instead of water.

Rebuilt two years later, it was again destroyed, by a direct bomb impact in 1940. 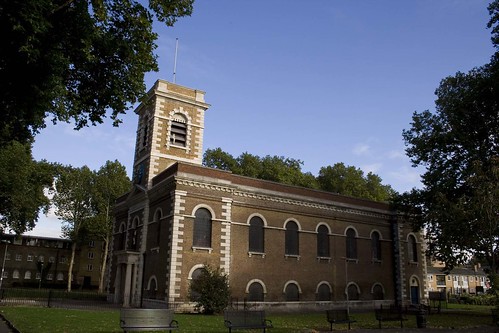 The church as it is was rededicated in 1961 after a rebuilding work that is firmly in the modern style. Indeed, I would not be surprised to see the interior featuring as a millionaire’s home in some 1970s Hollywood movie.

The church interior is very crisp and clean, but with a lot of modern art dotted around. The parquet flooring is evocative of the time, and the organ stands in its traditional place above the doorway, but on a modern mezzanine level.

That mezzanine cleverly creates a low ceiling as you enter the church, constraining the view downwards to the congregation and altar, before you able to look up at last as you proceed inside. 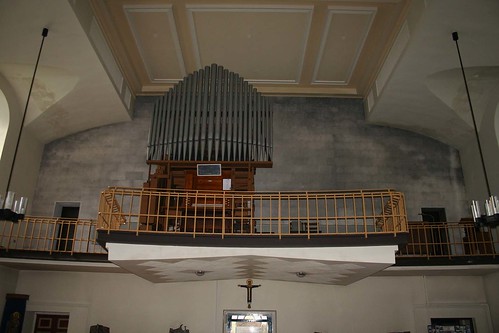 The Stations of the Cross are small plaques embedded into the walls and were designed by Don Potter and were added shortly after the church was rebuilt in 1961. Despite looking as though they are metallic, they are in fact made from ceramic and the colours come from firing the clays in wood only kilns. 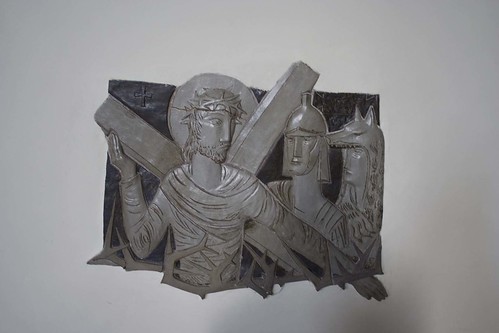 The altar area is surrounded by a staircase by Kim James with dramatic bronze coloured bas-reliefs along its balustrades depicting the battle between Heaven and Hell. 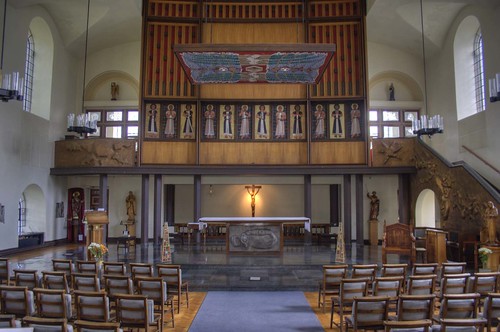 The lighting of the cross is warm compared to the mosaics above. A tapestry above the altar helps to humanise the height of the church now that it has lost the balcony of pews that would once have run around the walls.

Outside, I was nearly attacked by a black rottweiler, which was a bit of an Omen.

A short walk up the road though sits a very different church, which was just finishing a very busy service when I arrived. 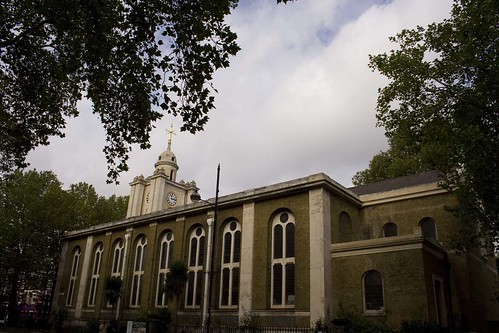 The church of St John on Bethnal Green was completed in 1826 to a design by the architect Sir John Soane. Situated next to Bethnal Green tube station, as it happens, one of the exits from the station runs directly underneath its forecourt and although I couldn’t find any evidence for it, I suspect that corridor runs through part of the undercroft, which in churches of that era typically extended under the forecourt.

Unlike its counterpart down the road, although much changed from the original, it has not been modernised in recent years, and is in fact showing the signs of decay throughout its structure. 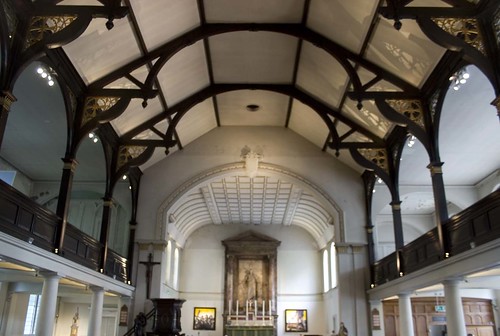 For the Millennium, the painter Chris Gollon gained a commission from the Church of England for fourteen Stations of the Cross paintings for the church – which are paintings dotted around the ground floor of the building. 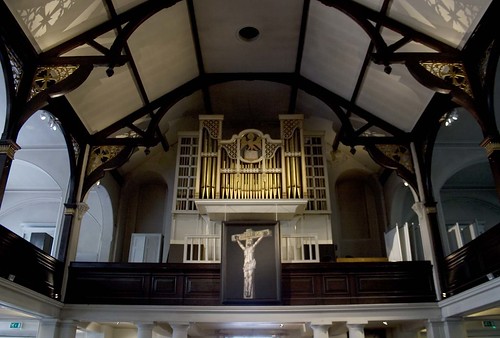 Two very different churches, linked by a road, and modern representations of the Stations.