Turns out, there’s an old TV programme about the construction of the Jubilee Line Extension that’s been lurking on iPlayer for however long.

Made in 1995, the 30 minute programme follows the construction of the Jubilee Line extension during the early days of the tunnelling works and station buildings.

Starting with dire footage of what happens when tunnelling under cities goes wrong, and later, how the Jubilee Line extension was held up by 6 months following the collapse of a tunnel at Heathrow, the programme really shows how far tunnelling technology has come in recent years.

The sight of a man holding a hose to spray concrete onto a wall will shock anyone who’s done a similar job in recent years, where remote control robotic arms do most of the work, and keep the humans well away from the danger zone.

Lots of amusing chatter about what would happen if the construction caused a swimming pool in Pall Mall to drain down into the tunnel being dug just a few metres below.

The extension really was one of the first to push forward a lot of the techniques which are almost commonplace today, and worked on developing new ways of tunnelling through soft water logged sands which were at the time quite revolutionary.

Apart from the tunneling itself, the biggest change is probably at the surface. Back in the 1990s, buildings were monitored for subsidence by the use of long spirit levels being nailed to their walls. Today, an array of laser precision robotic monitors check vast numbers of points on buildings in real time.

Those little orange discs you see all over central London at the moment — those are the reflectors for the laser monitor which will be lurking nearby.

It’s a good old fashioned show about construction, and worth 30 minutes of anyone’s time.

Even if they did finish off noting that the extension was on target to open in March 1998. It opened, in stages a year late.

You can find it on iPlayer here 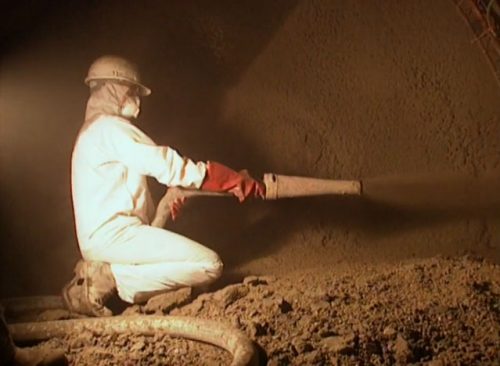 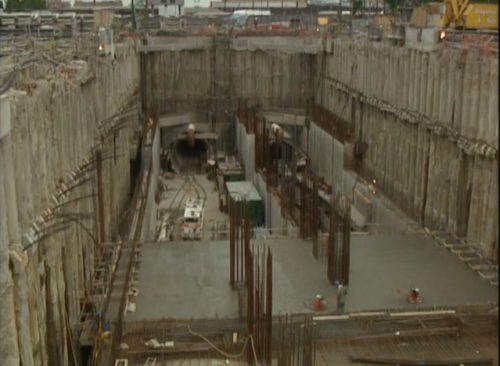 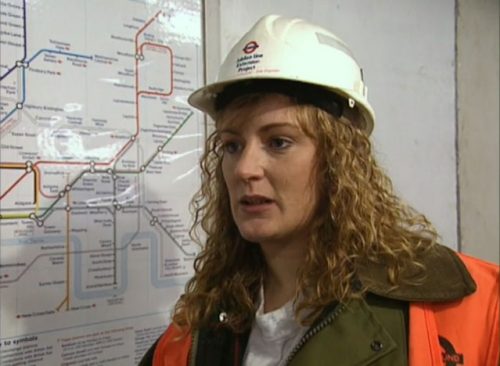 Karen Lockwood – in charge at Westminster 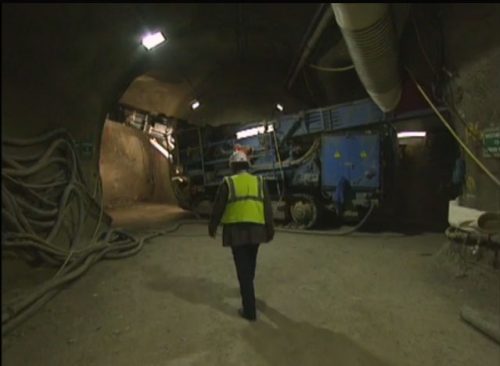 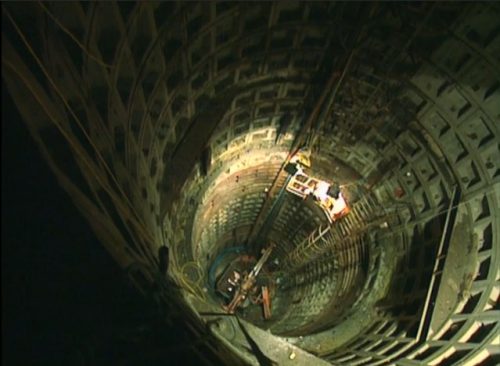 Shaft dug next to Big Ben to inject concrete under it 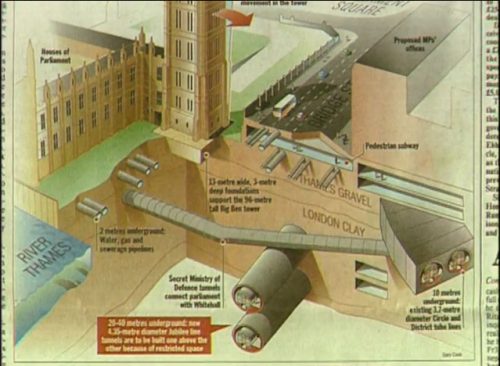 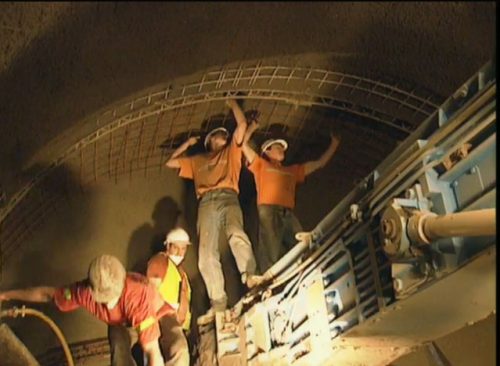 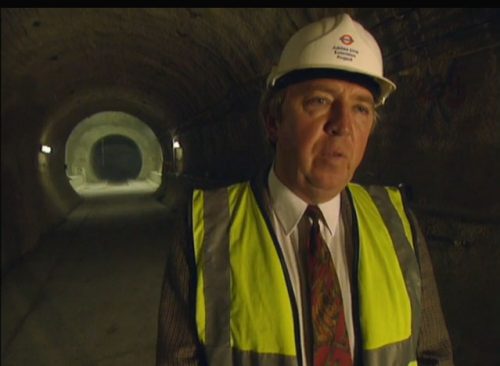 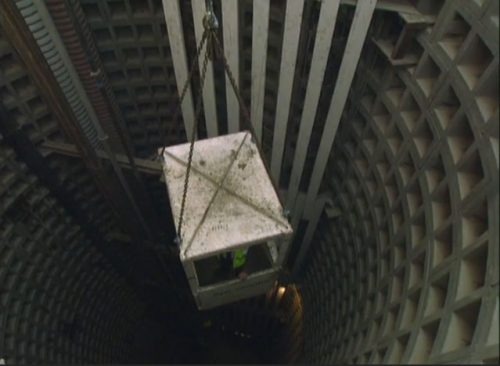 Heading down to the tunnels at Waterloo 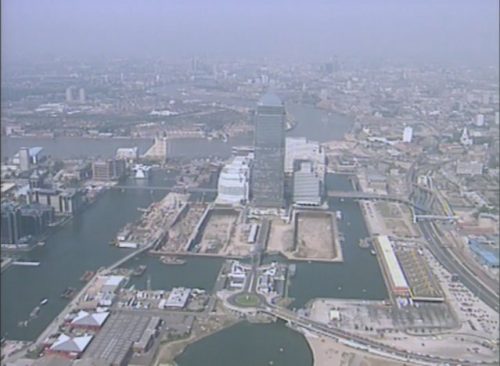 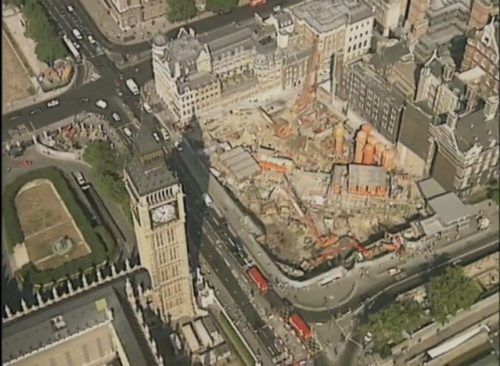