The people behind plans to convert a disused railway in Peckham into a public walkway are seeking financing through a crowdfunding campaign to raise £66,000 in start-up funds.

The Coal Line is a design for an elevated urban park built on disused railway sidings that run alongside the current Overground line, and dormant land between Peckham Rye and Queens Road Peckham. 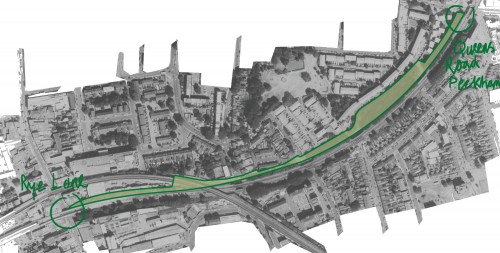 Starting at Rye Lane on an abandoned rail track, it would run for 900m beside the existing railway line, dropping down into a nature reserve before finishing at Queens Road Peckham station.

The idea began as a university project for Nick Woodford, a mature architecture student at Central Saint Martins, amd over 500 people attended a series of public walks of the proposed route in May.

There will be more tours of the route hourly during Open House London this weekend. 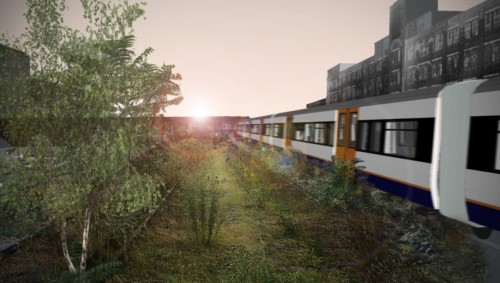 The Spacehive campaign will finance an official feasibility study which will prepare the way towards the build stage, as well as the programme of public events. Donors will be offered the opportunity to have their names built into the fabric of the Coal Line on the foundation stones. And, if the Peckham Coal Line can demonstrate enough support there is also the chance to be awarded up to £20,000 from the Mayor of London’s High Street Fund.

The campaign ends on 31st October.