The remains of part of Greenwich’s old Tudor Palace have been discovered in the basement of the Old Royal Naval College’s famous Painted Hall. 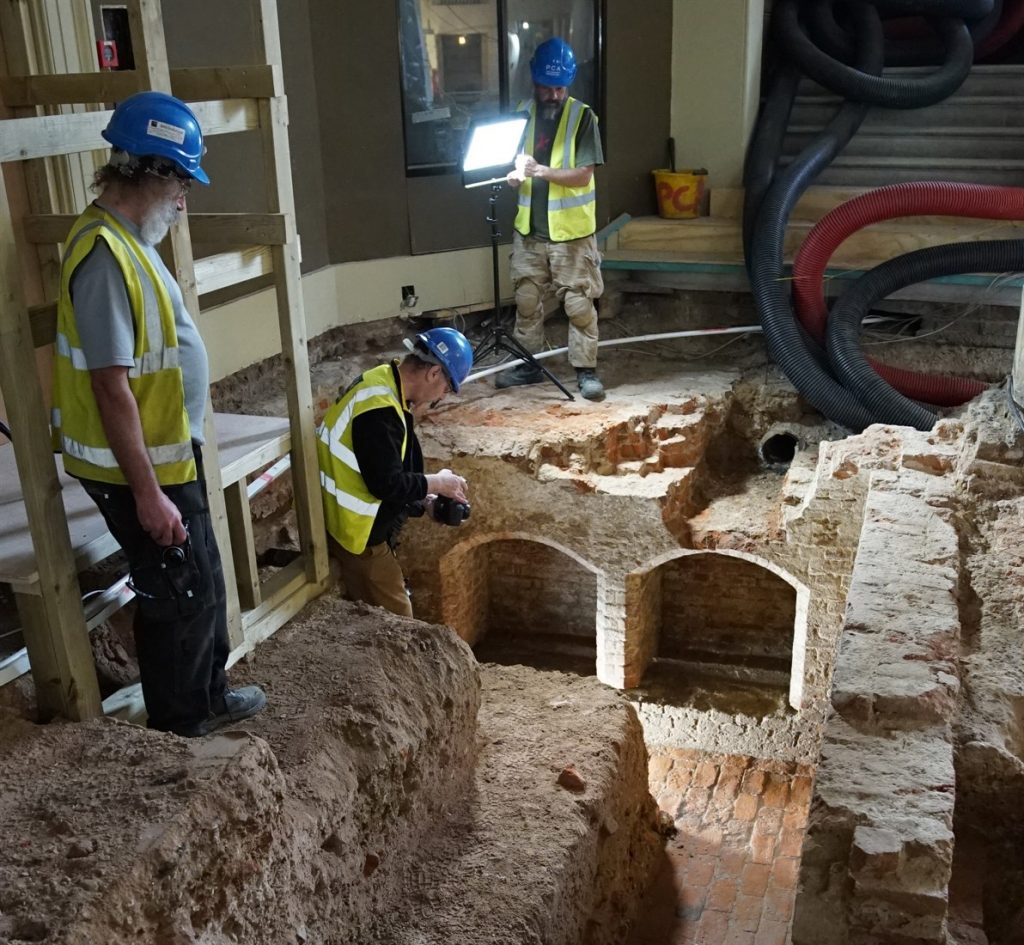 Long lost under the Wren built Royal Naval College, the early Greenwich Palace had a scale comparable to Hampton Court Palace, with the advantage of a riverside setting overlooking the empty fields of the Isle of Dog.

The palace comprised everything from state apartments, courtyards, a chapel, gardens, a substantial tiltyard for jousting with a five-storey tower for viewing, and was at the very heart of Tudor cultural life and intrigue.

Preparation of the basement for a new visitor centre below the Painted Hall led to the discovery of two rooms of the Tudor palace by a team working for Pre-Construct Archeology, including a floor featuring lead-glazed tiles. Being set back from the river, these are likely to be from the servants area, possibly where the kitchens, bakehouse, brewhouse and laundry were.

One of the rooms was clearly subterranean and contains a series of unusual niches, which archaeologists believe may be ‘bee boles’ for the keeping of skeps (hive baskets) during the winter months when the bee colonies are hibernating. Bee boles have occasionally been found in historic garden walls, but it is very rare to find them internally, making this find even more significant. The niches were probably used for keeping food and drink cool in the summer months when the skeps were outside.

Nothing of Greenwich Palace survives above ground today. It fell into disrepair during the civil war years and was eventually replaced following the restoration of the Monarchy.

Discussions are now underway over the possibility of displaying the Tudor archaeology within what will be the new Painted Hall visitor centre, although a further £2 million is necessary to complete the project. 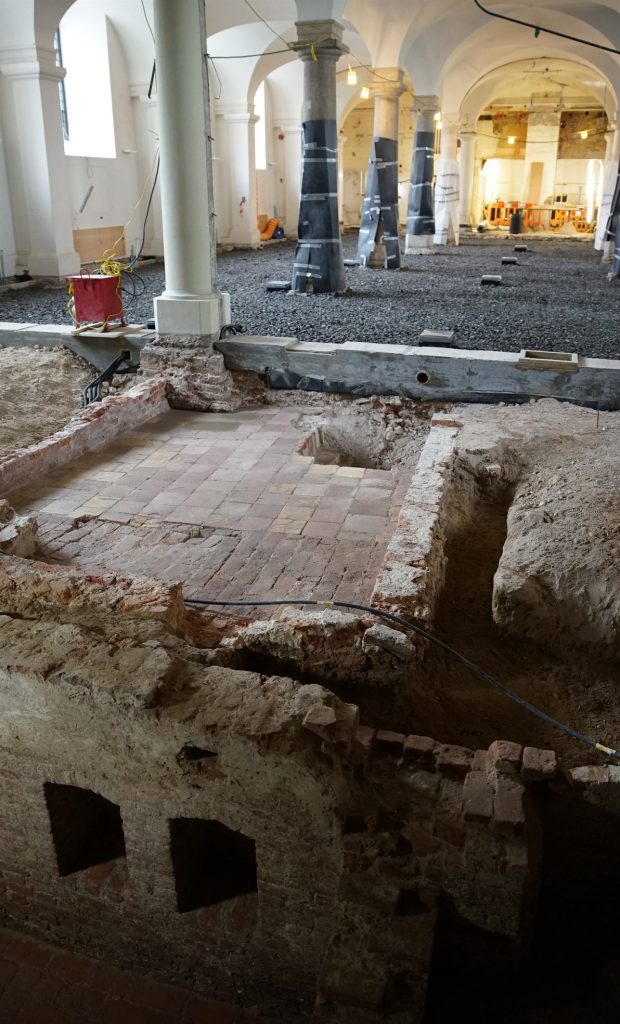 The Tudor finds sit beneath the Undercroft of the Painted Hall