One of London’s lost rivers could get a tube-tunnel sized bypass under planned announced by Thames Water.

The Counters Creek bypass would see a 4-metre diameter tunnel running from Shepherds Bush down to the Thames, and a consultation on the plans is taking place later this month.

What makes this particular lost river more interesting is that a stretch of today’s London Overground railway runs right on top of the buried river. To see how that happened, we have to go back to 1827, when the river was converted into the Kensington Canal. That canal proved to be a commercial flop, so in 1859-63, the canal was covered over and a railway lain on top of the now covered canal.

It’s been there ever since, trains running directly on top of a lost river. 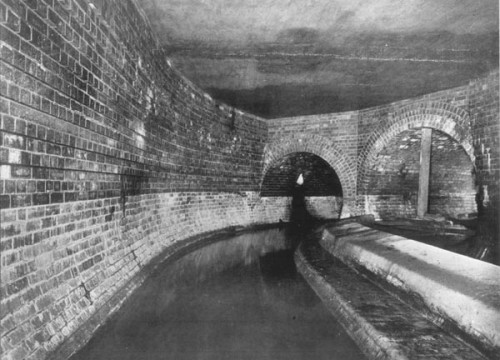 However, heavy rains from Camden way can, an hour or so later, overload that lost river/sewer, so Thames Water plans a new bypass channel. A £280 million scheme that will dig a 5-kilometre long tunnel slightly larger than needed for a tube train. It’s not a drain though, but a giant reservoir — which will absorb surplus water until there is enough capacity to drain the rain water into the rest of the network.

The motivation for the new tunnel is to alleviate flooding of the sort that hit the area in July 2007 and September 2005, which particularly badly affected basements.

There are over 37,000 basement properties in the Counters Creek area, all of which lie within the flood plain of the River Thames. Many of these basements have only become habitable since the reduction in risk of fluvial flooding due to the construction of the Thames Barrier in the early 1980s

The basements are particularly at risk, as most of the flooding risk in the area is not from surface waters running into the basements, but from the sewers overflowing from underneath.

The plan to alleviate the flood risk is to link up local existing sewers to the new tunnel at five locations, where they can dump their surplus rainwater when they are at risk of overflowing. 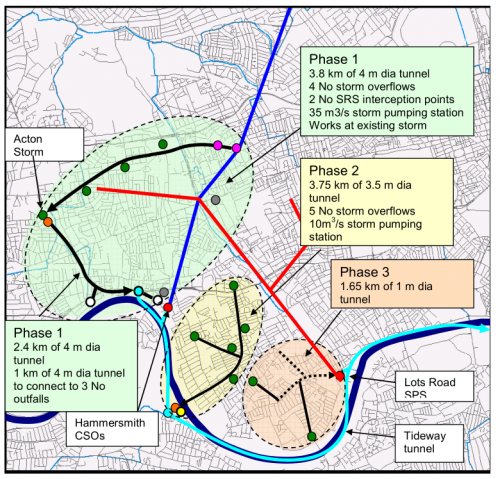 If approved later this year, then London will gain another “tube tunnel” to add to the list in 2020.

Exhibitions about the new tunnel take place on: 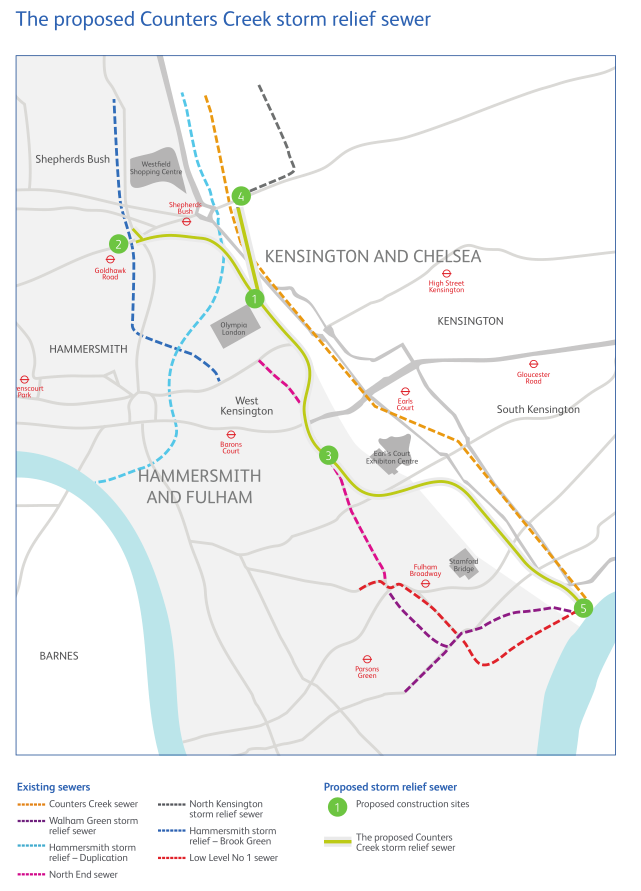