London Underground has announced a number of radical changes to how the service will work, some will be welcomed, some probably opposed, and in all likelihood, some will not even be noticed.

Depending on your perspective, the announcement that most station ticket offices will close as a functioning “room” will be the one that causes the most concern. The major stations will still retain a dedicated information room/ticket office, but most stations will see the staff that sit behind a glass wall coming out and standing next to the ticket barrier instead.

Mobile technology is being deployed, with the aim that staff standing in ticket(less) halls or on platforms can perform the same tasks they might have done behind the glass barrier.

That is a cultural shift — a big one. Will staff feel comfortable with that? Indeed, will passengers feel comfortable losing the fixed location point for help and have it replaced with a modern-day “bus conductor” taking fares in a ticket hall as opposed to a booth?

The Managing Director of London Underground, Mike Brown said that he expects most of those to be voluntary and natural wastage through retirement etc. He also suggested that many staff will welcome the changes as they make the job more variable — although the union leaders are already muttering dark mutterings about strikes.

There will be four categories of stations from 2015:

Counterbalancing that though is the second announcement — the one that will see more staff hired elsewhere, as 150 years after it was built, the tube is going to be a 24 hour service.

Just a few lines at first, and only on Friday and Saturday nights. Other lines are expected to be added later, but there are currently no plans to expand the 24-hour running to the rest of the week. 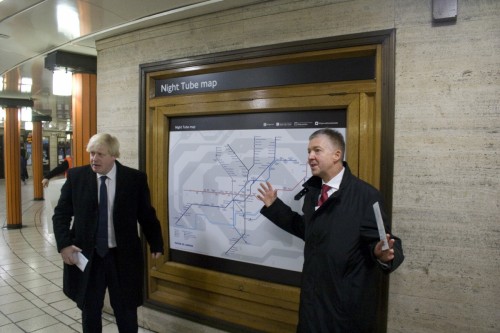 Trains will run “at least” once every 15 minutes, so not quite a turn-up-and-go service, but comparable to the night bus, and with the added benefit of waiting for a train in the warm, and in a secure environment.

They might need to provide toilet facilities outside the stations though.

All this comes into effect in 2015, giving them a year to iron out the staffing issues and any lingering technical problems.

More trains running more often and longer means more train drivers — at least until driverless trains are deployed. TfL was already predicting that around 140 more drivers will be needed by 2020, and that was before the 24-hour running announcement was made.

The expectation is that the revenue from fares will cover the additional costs of running the service — however, predictions often woefully underestimate the hidden demand for transport services, so this could be a revenue boost for the network.

There is also the wider economic benefit for London’s nighttime businesses to add in.

And it wouldn’t be possible. The underlying problem that has held back offering 24 hour service in the past still exists — they have to maintain the network at night. What has happened is that massive investment in the network, in part for the Olympics, and in part for general purposes means they can cut back the overnight work to a Sun-Thur basis.

This also means that the maintenance staff will get weekends off at last.

Oh, and your correspondent is now the proud owner of an early example of a Night Tube Map leaflet. A collectable for the pension fund. 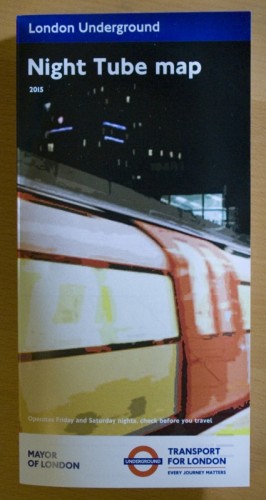 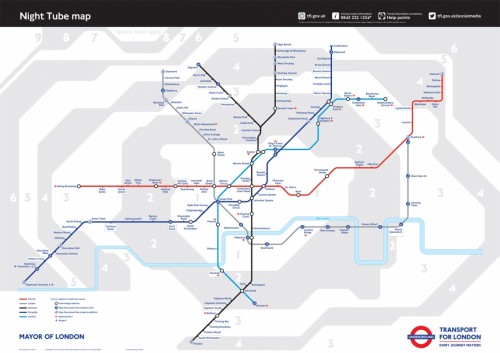