Treetops and cottages inside Kew Gardens

Published 31 December 2012 by Events and Tours

When it comes to nature, I am very much a wander around soaking up the atmosphere sort of chap, and studying the details of each plant or tree is somewhat lost on me. So a visit to the plant specialists at Kew Gardens is a bit like a posh Hyde Park, with an entry fee.

However, over the past couple of weeks, the walled expanse within Kew Gardens has been free to visit, and they “sold” all 9,000 free tickets that were available almost as soon as they were released.

And then some more were released later on, which was just as well for me, as I had a ticket to visit on Boxing Day – only a tube strike and the closure of the overground railways meant that was a wasted ticket. So I went yesterday.

Getting there reasonably early, and going in via the side gate meant a chance to wander around the almost empty parts of the park, heading over the treetop walkway. While the main purpose of the walkway is to drop people in amongst the tree canopies, I was particularly interested to see how seasonal denudation of the trees affected the walkway. 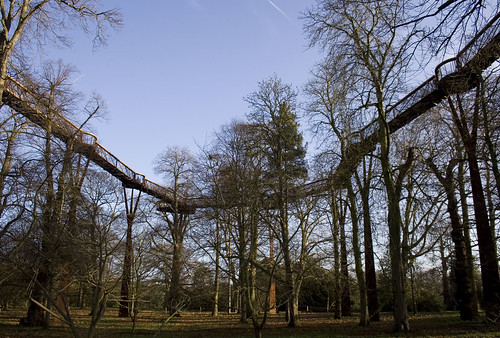 One thing is noticeable, that the height above ground is rather more noticeable – to the alarm to a few of the early visitors who hobbled around very gingerly.

However, it is the effect from the ground that is more spectacular as the walkway is visible through the thinned out treetops in a manner that makes it more interesting as a structure. 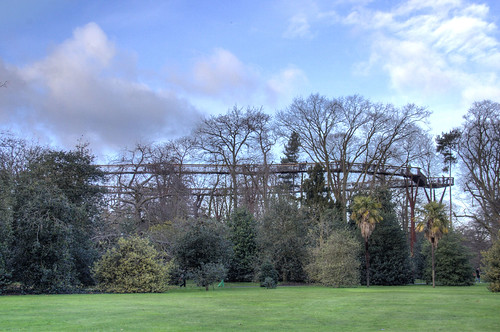 One of the other lesser known treats of the Gardens though is Queen Charlotte’s cottage. Built in the 1750s and it is set within an area which has been left to go a managed wild rather than ornamental.

Hidden in a tiny glade that you can’t easily stumble upon it has a lost feel as if it belongs in some fairytale to be discovered by young children. During the spring, the woodland around it is covered in bluebells, but right now it has a desolate abandoned air which I quite like. 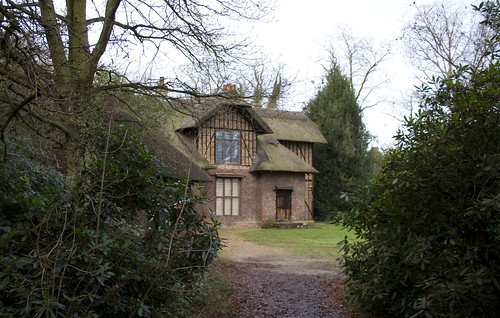 Although ceded to Kew Gardens by Queen Victoria during her Diamond Jubilee, it was still used by Princess Margaret until 1996.