Published 31 May 2017 by By Ian Mansfield London Public Art 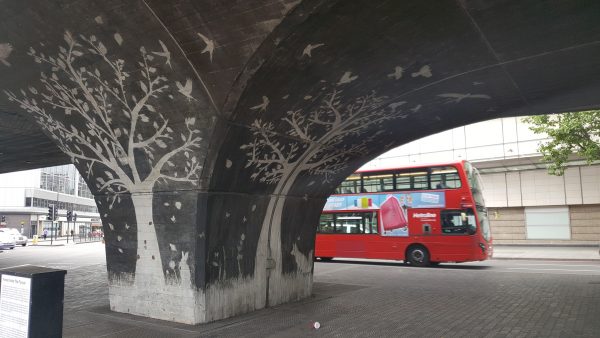 Installed last year, these trees and animals have been washed out of the pollution covered concrete pillars creating ghostly echos of a forest that once did cover the area long before mankind chopped them all down.

The choice of a woodland is also appropriate for the concrete structure, as it was formed from wooden moulds, leaving the imprint of the wooden slats in the concrete supports for the flyover above. A similar technique has been used in a number of locations, including the South Bank Centre. 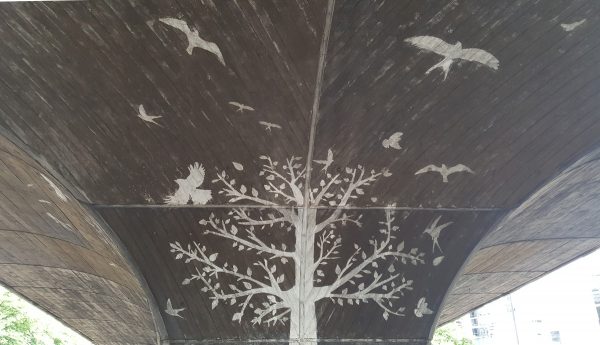 The art work, ‘Forest under the Flyover’ was produced by Manou Bendon following a commission by TfL who own the flyover. As it happens, the flyover marks its 50th anniversary later this year, but that’s just a coincidence.

The local business lobby, Marble Arch London has been working with TfL and Westminster City Council for several years to devise projects aimed at brightening up the space below the flyover, and they got this. 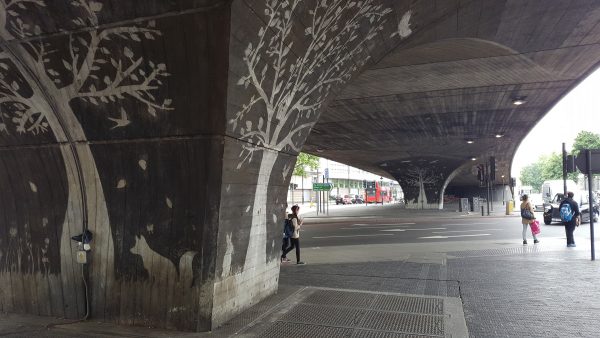 The art work is a form of reverse stenciling, with large sheets put over the polluted concrete, then the shapes revealed by using a pressure washer to remove the grime.

Over time the art should fade as it is buried under the ongoing noxious emissions from the busy road, both above and at pedestrian level. 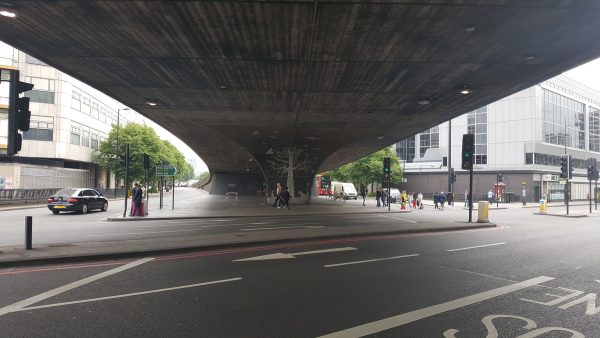 But for a few years, it’s a rather charming addition to the area. Simple, fun and not too complex. Something easy to enjoy when crossing between the two Edgware Road tube stations.

There is a sign explaining the art, but you need to cross to the far side to read it. 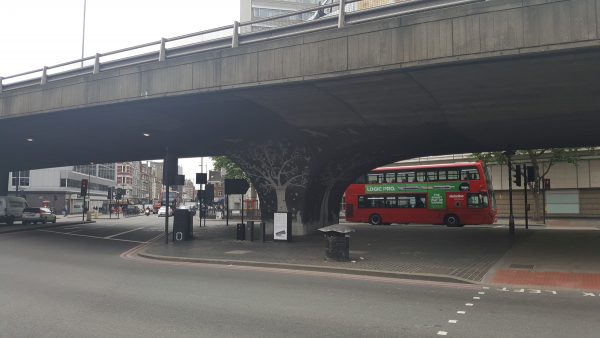