That was one of four displays on the Thames last night – a short display by the London Eye at 10pm, then a couple of big fireworks at Tower Bridge, which might have gone off early by mistake.

For a few minutes later a huge display was set off around Tower Bridge, and was vastly larger than the TV hinted at.

Less than 10 minutes later, the Thames Festival fireworks went off, which while normally being very impressive felt like a bit of a damp squib after the huge Paralympic fireworks. Not just in size, but in the variety of explosions.

I am increasingly of the opinion that the New Year’s Eve fireworks should be moved from the London Eye to Tower Bridge. The Bridge is such an icon of London now. I also suspect they could fit a lot more people along the riverside on both sides of Tower Bridge, and on London Bridge to watch it live. 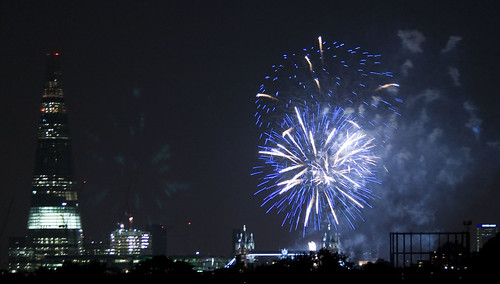 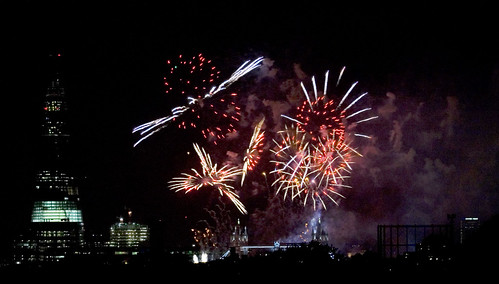 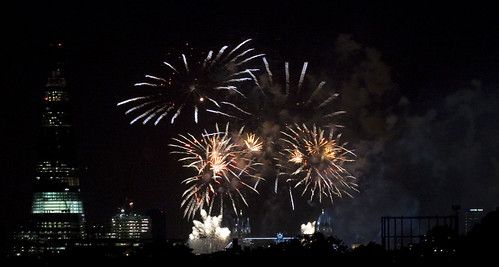 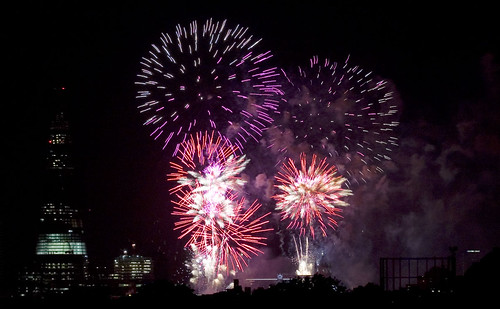 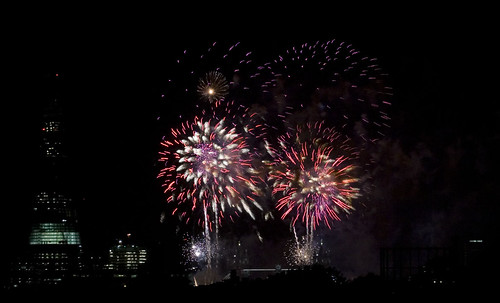 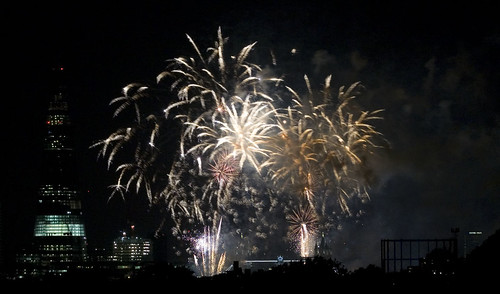 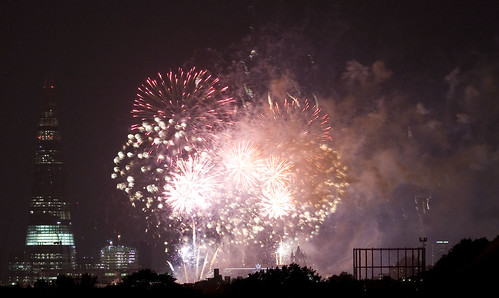 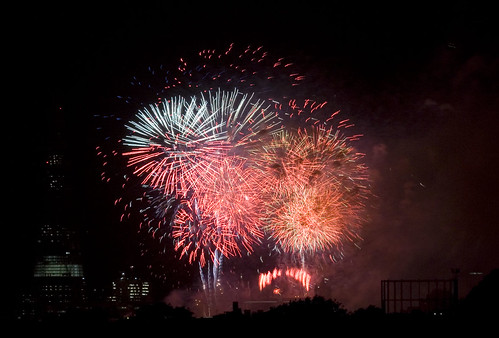 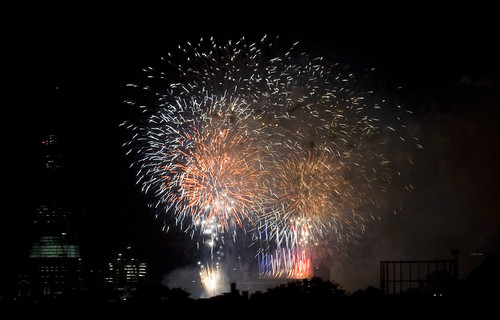 And a close up video by the local firm firm, Baynes Media.