Today’s the real 30th birthday for the DLR

While the DLR, and others, celebrated the DLR’s 30th birthday last month, today is in fact the real 30th birthday.

The official birth of the line was the 30th July 1987, when The Queen formally inaugurated the service. However, that was almost as close as possible to being a trial, as the line simply wasn’t ready for the public.

The public first travelled on the DLR on this day 30 years ago — so, just like The Queen, the DLR has two birthdays.

I tend to treat the day the public can use a service as the official birthday, so happy birthday to the DLR, 30 years young today. 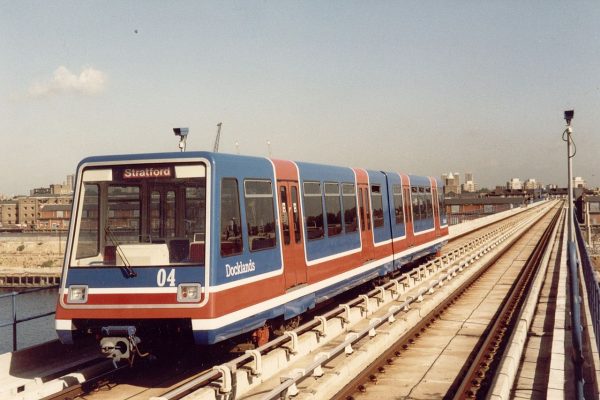 Around 4,000 people used the DLR on its first day, mostly rail enthusiasts and people excited to see this new driverless marvel.

One piece of bad news on the launch day, which was later to become a recurring problem, was when a stone was thrown at a train by children near Limehouse, smashing a train window. The DLR later had to put netting around parts of the line to protect it from the local youths.

One other unexpected development is that Canary Wharf station didn’t open. Although built, at the time, the area was expected to be low-rise offices. The arrival of Olympia & York only a few months earlier, and their decision to turn the area into skyscrapers required a much larger DLR station.

So the old one was torn down before it even opened and the three platform design with the vast roof that exists today was built. Even that was nearly not quite what happened, as the original plans for the Canary Wharf estate would have seen the station appear to be underground, as the local elevated roads and shops would have been 35 feet higher than they are today.

Within a few weeks of the service opening, they were announcing that train frequencies would be increased to every 7.5 minutes, from the launch service of a train every 10 minutes.

The public launch was delayed due to problems with the computer systems, and there were still teething problems in the months ahead. Not entirely unsurprising with a brand new service, but understandably annoying.

The DLR though was running press adverts at the time extolling the reliability of its service, and talking about the planned extension to Beckton and Bank stations, and talk already of an extension to Greenwich.

A year later they were still reporting serious problems, but locals were commenting that the DLR was still more reliable than the buses it often supplanted. The largest problems seemed to be less with the trains than with the ticket machines regularly breaking down.

Of course, these were eventually ironed out, and such was demand that within a few years the single carriage trains were expanded to two-car units, and now more usually, 3-car trains across the network.

Who knows what the next 30 years will bring. 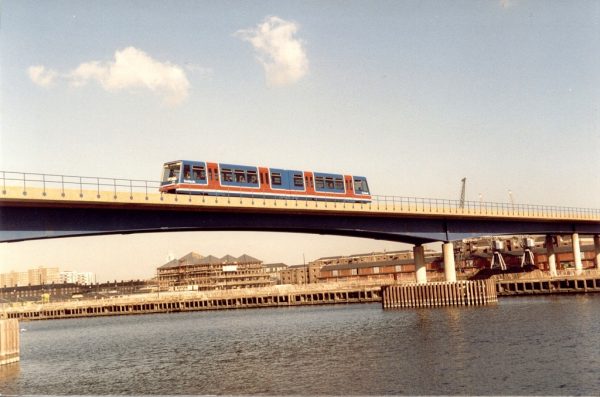