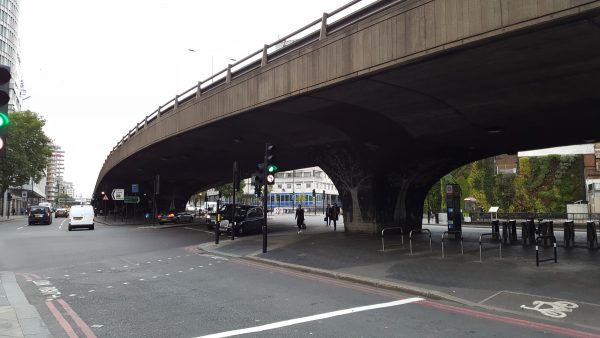 The flyover itself is just one part of the Westway, a 3.5-mile long elevated dual carriageway section of the A40 trunk road in west London constructed between 1964 and 1970.

The flyover was designed and built separately from the Westway, and this section is a bit of an oddity, as the Westway is elevated for most of its length, and comes down to street level just before reaching Edgware Road. That would have caused a gigantic problem as the Westway and Edgware Road meeting at a crossroads would have required a huge road junction and lots of traffic lights.

So, just as the Westway seems to have ended, there’s this last hurrah, as the flyover lifts motorists back skywards one last time before dropping them back down to a conventional wide road.

Despite its bulk and presence on what is a rather pedestrian unfriendly road junction, the structure still manages to pull off a deceptively delicate effect with single splayed support rather than a forest of unimaginative piles. 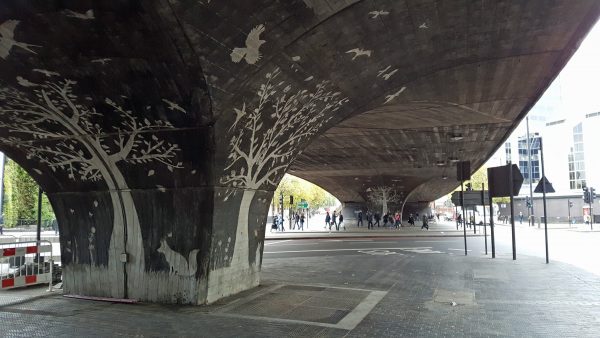 The underneath of the flyover has a shuttered construction finish, which is to say, the concrete was poured into moulds lined with planks of wood, so that the wooden grain would decorate the finished product.

The construction of the flyover also required the demolition of a swathe of housing and shops on the western side of Edgware Road in order to link it up with the Marylebone Road. A cinema, a church, and an entire street (Mitcham Street) of houses had to be torn down to make space for the flyover.

It also saw the demolition of the then nearly 100 year old Metropolitan Theatre, which was one of the city’s great old Music Halls, although at the time it was serving as a restaurant instead.

The flyover isn’t just for road traffic though, as where it comes down to street level and the underneath is bricked up, that’s for an electricity substation.

The flyover also has an under — an underpass for humans added at a time when subways under roads were all the rage. 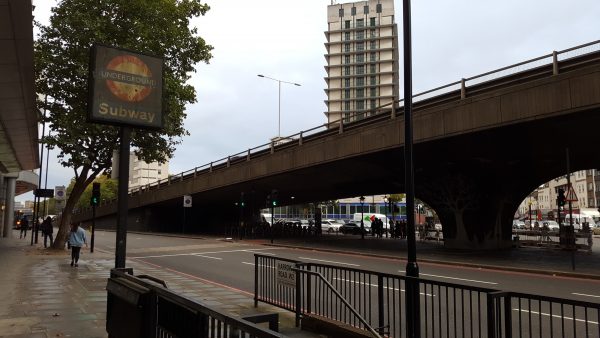 In fact, they turned into homes for the homeless and hangouts for the addicted, and gentle folk stuck to the pavements. 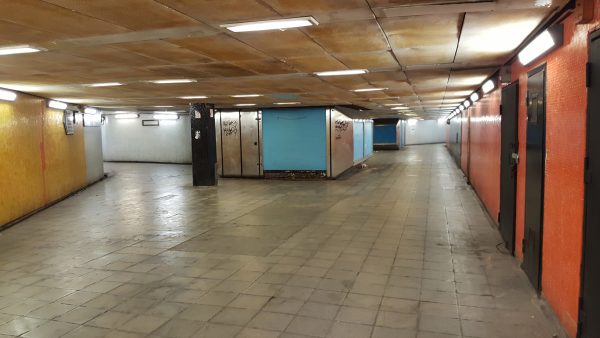 These days there’s a move to close off these underpasses, and the one at Marylebone, nominally named after Joe Strummer, a musician of some note who one busked here, is likely to be bricked up as well. 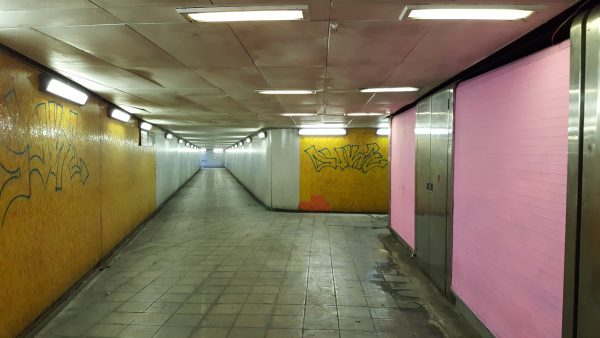 It’s unlikely to be much mourned, with just two people hurrying through on my visit at the height of the morning rush hour. People avoiding it unless they need to cross multiple crossings in the land above.

Above, on the flyover itself, a sign still adorns the side of the flyover, installed at a time when politicians were delighted to open major new roads rather than apologize for them.

The flyover has always been a bit of a runt in the Westway project as far as its impact on society. The construction of the Westway spurred huge protests against it from local residents, and after it arrived, it’s uncompromising concrete structure inspired artists and musicians.

People seem to overlook the Flyover when talking about the Westway. It’s an overlooked punctuation mark to the long sentence of the main story. But punctuation marks are just as important.

Without this flyover, the road junction for both pedestrians and motorists would be a horrific sight. 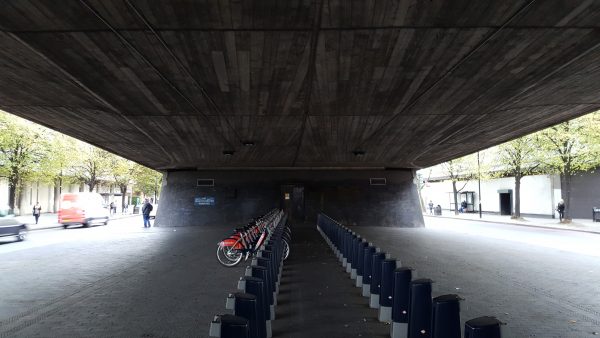 At 50, the old structure is getting a bit of TLC, with structural repairs planned for next year. At the moment, there’s also a slowly fading work of art on the flyover, carved out of the grime accumulated in 50 years of road traffic.

It’ll never be loved except by us weird fans of concrete, but spare a smidgen of cake for the Marylebone Flyover.