Today marks the 50th anniversary of a short lived experiment in road crossings with the very first one opening outside Waterloo Station in 1962, and vanishing just five years later.

The Panda Crossing was seen as an upgrade to the conventional zebra crossing, but designed to speed traffic flows in the increasingly congested streets, by requiring pedestrians to wait for a light to indicate they could cross. They were an early attempt at what is today the conventional Pelican crossing.

They were also a failure of complexity.

Zebra; Panda; Pelican; Puffin, Toucan – there seems to be a lot of animal names used to denote road markings.

There had been attempts to regulate pedestrian crossings in several locations around the country, but the lack of common standard was seen as a problem, as was the legal technicality that signs telling pedestrians not to cross the road were in fact illegal. Although no longer explicitly stated, common law tends to favour the pedestrian over the motor vehicle to this very day.

Plans to standardise these pedestrian controlled crossings were proposed by the Minister of Transport, Mr Ernest Marples and on the 2nd April 1962, the very first one opened, on York Road – about 10 yards to the south of where the main pedestrian crossing is today.

The location was chosen as it was outside the then tube station entrance, before it was demolished and replaced with the modern Shell Building entrance on the opposite side of the road. 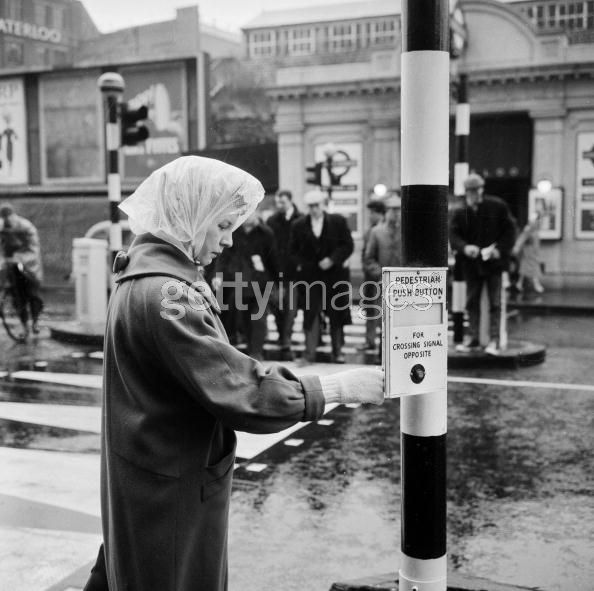 One old lady, who was one of the first pedestrians to use the new crossing was not impressed. She told the BBC: “That man Marples is up to too many tricks. It’s a hairbrained scheme and most dangerous.”

A (windows media file) video clip of the opening ceremony is here.

Over the next few years, a total of just 40 crossings were converted to Pandas, before the whole lot were scrapped as unpopular. An attempt to develop the “x-way” as a replacement lasted just two years before they were in turn replaced with the modern Pelican crossing.

If you cross York Road today, take a glance to one side and remember the first ever Panda Crossing that used to be there.