With over half the escalators now installed in the new Elizabeth line stations, new timelapse video and photos released by Crossrail highlights current progress. 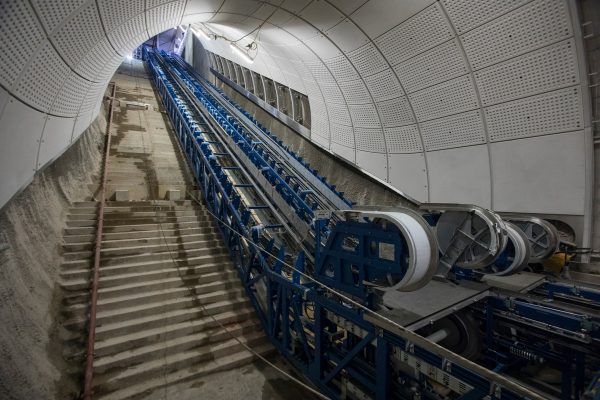 17 escalators have been fully commissioned at Canary Wharf station and the framework for 37 more have been completed at Paddington, Bond Street, Tottenham Court Road, Farringdon and Liverpool Street. Together these combine to a length of 1,603 metres, the equivalent of one mile of escalators. 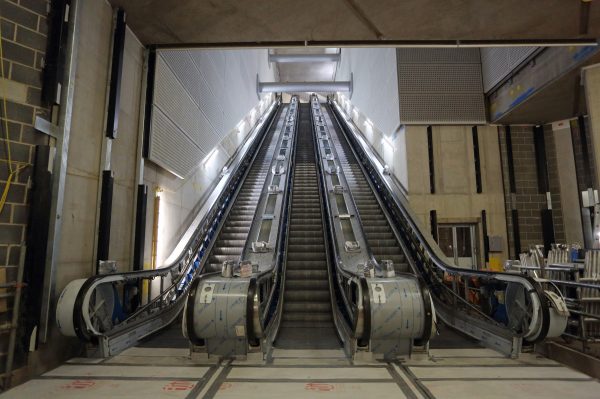 In total, 81 escalators will be installed and commissioned at nine new Elizabeth line stations between Paddington and Woolwich, with a total length of 2.8 kilometres (2,802 metres). In addition, 54 lifts are being installed at these nine stations and all 40 stations on the Elizabeth line will have step-free access. 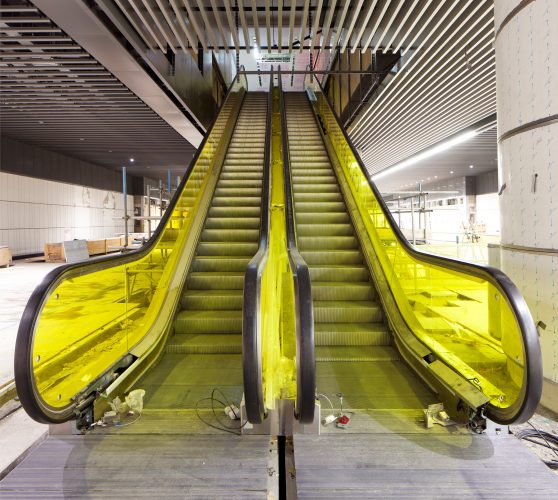 The longest escalator on the Elizabeth line will be at Bond Street – the 60 metre long escalator will carry passengers from Hanover Square near Oxford Street to platform level 25.7 metres below.

That makes them as long as the famous escalators at Angel tube station – but the vertical rise isn’t quite as high. No doubt someone will compare the two, to the millimeter at some point to see whether Angel has lost its title of the longest escalators on the London Underground. 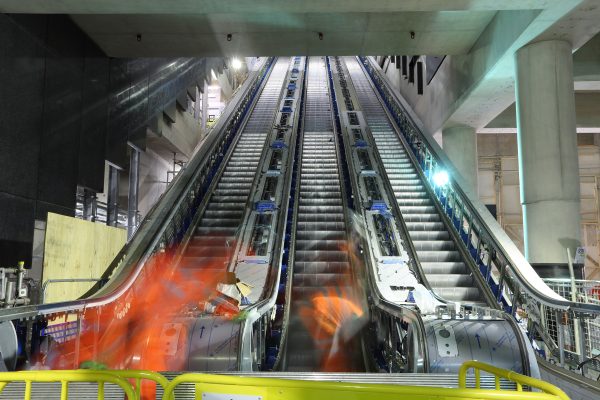 The shortest escalator, at 18.5 metres, will be at Liverpool Street and take passengers from street level down into the Broadgate ticket hall. 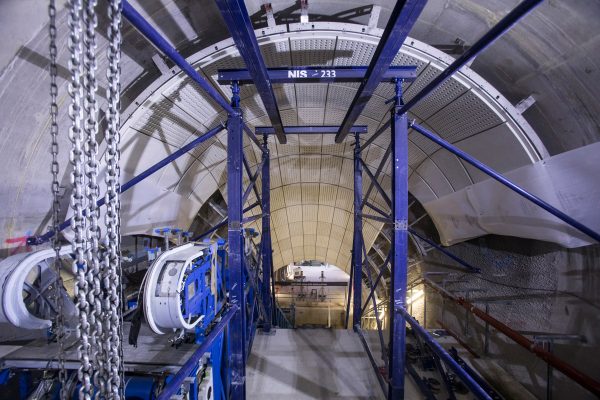 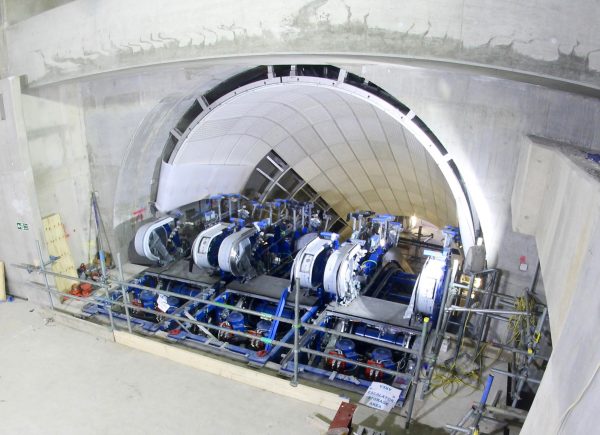 The Elizabeth line is on schedule to open in December 2018.