There’s a chance to see the recently restored 1928 silent era romantic comedy set on the London Underground, with live music by the silent film accompanist Neil Brand, who wrote a completely new score for the film.

Anthony Asquith’s 1928 drama Underground, starring Brian Aherne, Elissa Landi and Cyril McLaglen is based around a trio of ordinary Londoners caught up in a love triangle, set on and around the London Underground.

It’s notable for being set at a time when the Underground was breaking down social barriers in a way that seems ordinary to us, but at the time, the notion that a gentleman would share the same carriage as a shop girl was quite radical.

The atmosphere of the Underground is immediately conveyed in the documentary-style opening shot of the film, as the camera, mounted on the front of a train, approaches a crowded platform. Once inside the carriage the tone shifts to comedy as the passengers, a cross-section of metropolitan society, are surveyed. The rakish Bert pokes fun at a well-dressed businessman; shop girls gossip excitedly, to the dismay of the prim lady sandwiched between them; and Nell scores a minor victory over Bert by tossing his hat into the midst of a group of mischievous schoolboys.

The film is both a romantic comedy, and a chance to see some very old footage of the London Underground.

Underground was restored in 2009 under the auspices of the British Film Institute (BFI), and premiered at the Royal Festival Hall.

The free screening, with live music by Neil Brand takes place at the City University on Tuesday 6th Feb at 7pm. 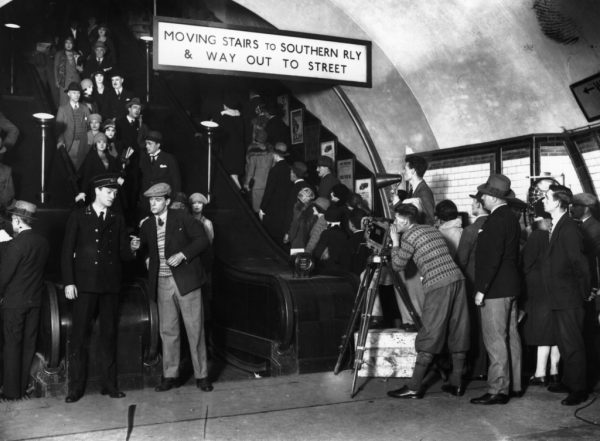