If you want to see London’s docklands before the bankers and towers arrived, when it was gangsters and violence, then there’s a chance to see The Long Good Friday on a big screen next month.

Rightly considered to be one of the greatest of all British crime thrillers, The Long Good Friday also had an uncanny eye for changing times. Often described as a story of terrorism and organised villainy unfolding against the dawn of Thatcherism and the redevelopment of Docklands, it was actually filmed in 1979, before any of that happened.

It was prophetic though.

Originally made for television, and nearly cut up as badly as the gangsters in the film, it narrowly escaped intact to the cinema and has gone to be be a classic.

And of course, it’s a chance to revisit the eerie undeveloped docklands.

The screening is on Sunday (yes, someone missed a trick there) 7th October at 4:30pm.

The screening will also include a Q&A with playwright and screenwriter, Barrie Keeffe, and Bob Hoskin’s daughter, Rosa Hoskins

(if the centre block looks sold out, click on “full map” to see the side aisles) 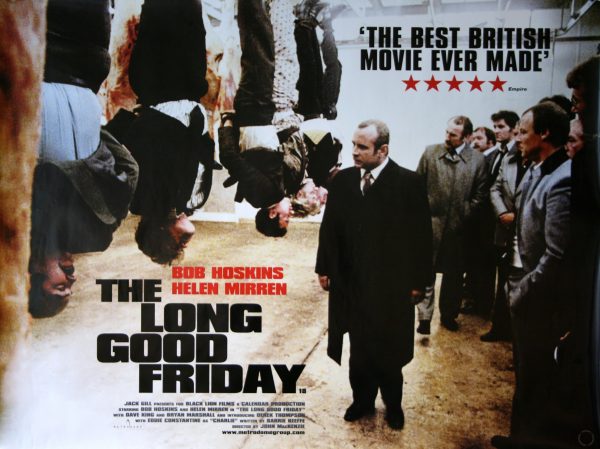