Earlier this year, the first-ever public tours of the opulent Speakers House inside Parliament took place, and they’re running more from the end of September.

Speakers House is an odd place, a palace within a palace, as it’s exceptionally richly decorated and is both the private home of the Speaker of the House of Commons and also a suite of state rooms used for events away from the main Parliamentary buildings.

The tours were an idea of the current Speaker, Sir Lindsay Hoyle who wants to open up more of the estate to the general public.

Tours start in Westminster Hall, where you’re supplied with radio headpieces to wear, so the tour guide can talk without shouting to be heard, then a walk around the outside into a courtyard where the stone entrance to Speakers House leads up a grand staircase to the main staterooms.

A lot of the tour is looking at the decoration and learning about the role of the Speaker and how the rooms have changed over the years. The State Bedroom was created for an old tradition that a new monarch spent the night there before their coronation. These days it’s just used to house a big bed. An entire room for a bed just to be looked at.

I also observed that all the big paintings of former Speakers have two things in common. All are shown with the Speaker in a private room and all have two name plaques — one for their Commons name, and one for their Lords name as the Speaker is by convention always elevated to the upper chamber. However, the previous speaker, John Bercow is not only the first to be painted with him in action in the Commons, he was also sufficiently controversial that he might never be elevated. For centuries to come, his portrait will likely be pointed out to visitors as the one lacking a peerage title.

Which I am sure for the former Speaker, is unwanted fame.

The tour I went on was fascinating partly for the parliamentary history, but as much because the Speakers House had never been open to tours, and is also rarely seen in the press.

The rooms can be used for events though, and if you work for a charity that wouldn’t mind, ahem, borrowing a room for an evening fundraising function or thank you type event for volunteers, drop a note to your MP to ask if they will put in a request. It’s a pretty impressive space to be allowed into.

For the public tours though, they last around 75-minutes and include the Grand Staircase, the Crimson Drawing Room, the State Dining Room, and the State Bedroom. For this set of tours, there will also be a display of items from Parliament’s Heritage Collections and the Parliamentary Archives marking 30 years since Betty Boothroyd became the first female Speaker of the House of Commons in 1992.

The tour starts and finishes in Westminster Hall which you are welcome to explore afterwards.

All profits from these tours will go to the Speaker’s Art Fund, which supports arts and educational projects with a focus on increasing understanding of Parliamentary democracy across the UK.

The tours run from 24th September through to 15th October, cost £18 per adult and can be booked from here.

Note, no photography is allowed whatsoever on the tours except when in Westminster Hall, and they advise that while there’s no explicit age limit, the tours have not been designed for younger people. 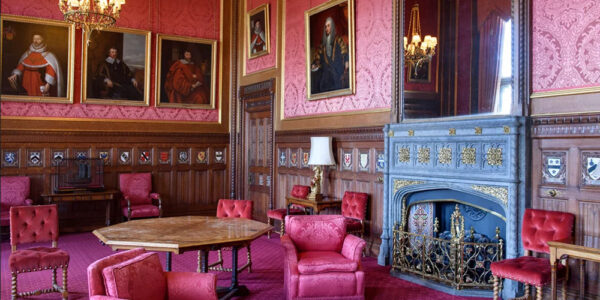