A revival of the 1980s musical, Chess, was due to run for just one day, but a second day has been added, and tickets are now on sale. 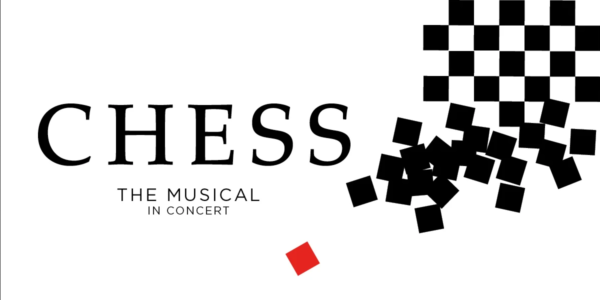 The story involves a politically driven, Cold War-era chess tournament between two grandmasters, one American and the other Soviet, and their fight over a woman who manages one and falls in love with the other. Although the protagonists were not intended to represent any real individuals, the character of the American grandmaster was loosely based on Bobby Fischer, while elements of the story may have been inspired by the chess careers of Russian grandmasters Viktor Korchnoi and Anatoly Karpov.

Chess was placed seventh in a BBC Radio 2 listener poll of the UK’s “Number One Essential Musicals”.

A revival of the show for one night only was announced, and there is a sold-out performance on Monday 1st August, but a second date has been added, for shows in the afternoon and evening of Tuesday 2nd August.

If you buy tickets before 13th July from here, then there are no booking fees on tickets.