Tickets Alert: 40th anniversary of An American Werewolf in London

This month marks 40-years since one of the more famous London films was released, all about an American tourist who terrorises London as a werewolf. It’s a curious mix of both horror and comedy and was notable not just for the plotline but the famous werewolf transformation sequence, the first time that had been tried openly on screen.

The nightmare sequence is genuinely “jump out of the seat” frightening, but I think we’ll gloss over the sex talk scene, as that is cringly badly written.

Most of the countryside setting was filmed in Wales, although the interior of the Slaughtered Lamb pub was the more genteel named Black Swan in a leafy countryside village in Surrey.

For London tube geeks, of course, the most famous part of the film is set inside Tottenham Court Road tube station – which also shows the station before Eduardo Paolozzi’s mosaics were added in 1986. The filming on Piccadilly Circus was a landmark moment in using a central London location for filming, which at the time was exceptionally difficult to arrange. Today there’s a lot more support for filming in London.

The film was released on 21st August 1981, and this coming Saturday 21st August 2021 marks the 40th anniversary, so there’s a special screening of the film at the Prince Charles Cinema.

There is also a 4K Blu-ray release with a load of extras that came out last year. 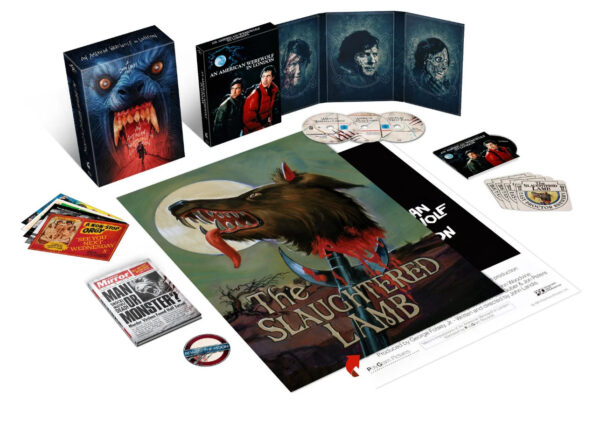