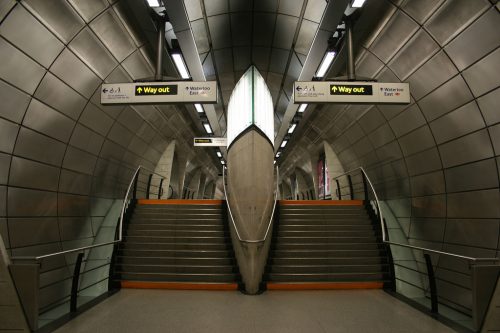 Discover the architecture of Leslie Green, with this tour exploring four stations on the Piccadilly line. See some of the remaining original stations and find out more about the details that make up the Leslie Green style.

The Jubilee Line extension opened in 1999. Overseen by Roland Paoletti, the Extension architects strove to produce stations that would match the standards and achievements of the Frank Pick and Charles Holden legacy. This tour compares the Jubilee line extension with the older Jubilee Line stations, looking at their similarities and differences.

Architect Charles Holden was commissioned by London Underground in the early 1930s to design a number of stations for the Piccadilly line. Widely regarded as fine examples of British Modernism, his tour explores the Holden style, looking at how all aspects of a busy Tube station were dealt with by design.