A terrestrial alignment of heritage took place on Saturday as I found three heritage related events taking place within a few stops of each other on the Central Line.

First stop was also underground related as the Post Office’s overflow store at Debden was having an open day themed around the famous Mail Rail – the subterranean railway that runs from Paddington to Whitechappel. Or at least, used to run until they closed it down.

It’s still there, a lingering canker in my subterranean desires, and a tempting venue for those who lack the patience to wait for an official visit and choose to break in instead.

Not dissimilar to how the Transport Museum has an overflow depot, this is a large shed holding a mixture of things too large to fit into their small space in Farringdon, or in too much need of restoration for public display.

A talk was going on when I arrived about the Mail Rail’s predecessor, the little known pneumatic railway – and alas, the next talk was two hours after I arrived – so my visit was a wander around the half-empty shed while the rest of the visitors learned about the railway. 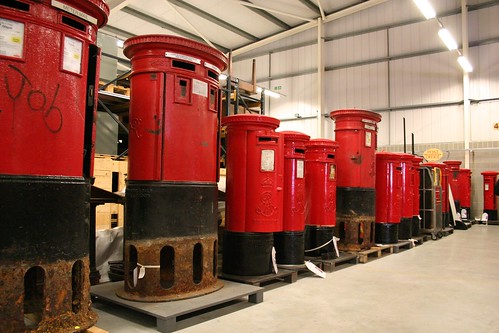 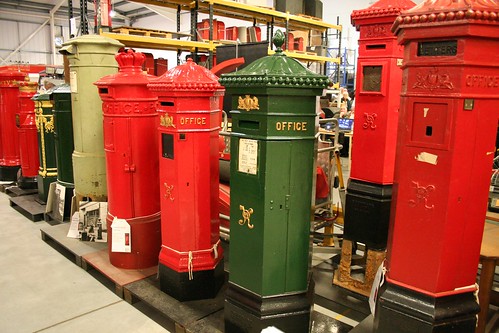 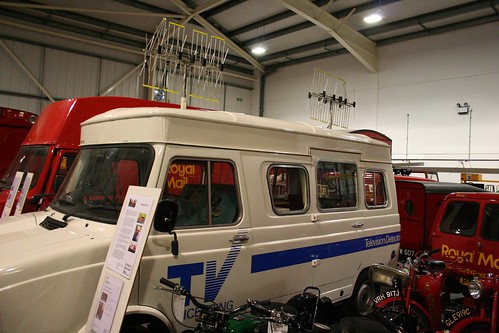 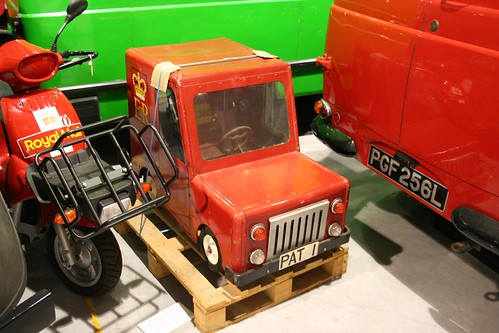 Not particularly wanting to hang around for another 90 minutes for the next talk, I wandered off.

One further stop up the Central Line, at Theydon Bois was a display of vintage buses which would – or should have – been offering free rides around the local area. 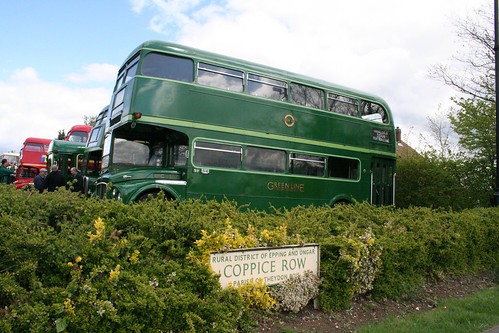 The local village hall provided the setting for the transport heritage jumble sale, with trestle tables covered in boxes packed full of random books, leaflets and photos – which people seemed to be delighting at spending hours wading through to find the occasional nugget.

One table was laden down with tube leaflets, leading me to wonder if there is a black market in people visiting tube and bus stations then walking off with all the help leaflets just to sell them for 5p each at transport bazaars (or 99p each on eBay).

The buses outside lined up and a large crowd wandered around taking photos – and shouting at people to get out of the way of people taking photos. 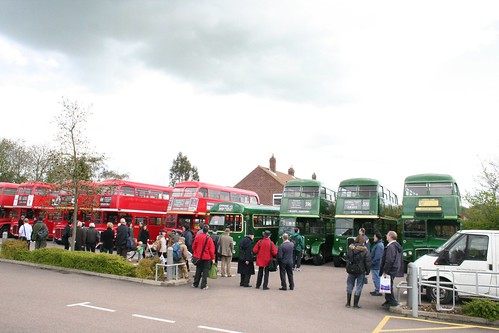 One bus departed full of passengers, and 20 minutes later one arrived equally full, but the rest seemed resolutely stationary. A bus timetable in the programme seemed to be aspirational as opposed to accurate – or maybe I just don’t know how to read bus timetables?

I wandered off after a while.

Not the first time I have struggled with a bus event – one in Edgware a few years ago was equally cryptic in working out which bus was leaving from where.

Incidentally, Theydon Bois is lovely as a small village with lots of independent stores and a butchers that was almost too tempting.

A few stops back down the line is South Woodford, a modest shopping area with a pleasant number of independent stores lingering on, but several supermarkets on the edges.

Just outside the main town is the library, which very proudly advertised a local history exhibition.

Although interesting, it consisted of just a lot of display boards with vignettes of local history and a few glass cases with local relics, mainly from the area’s time as a hive of local hospitals and asylums – all since converted into offices and luxury flats.

Worth sticking your nose into – but possibly set up more to encourage locals to pay a rare visit to the library than to educate about local history.