Although famous mainly now for his work during WW2, it was actually his work after the war that was his main claim to fame during his life as he worked on early computer systems and wrote some of the early texts on artificial intelligence. The display is a mix of Alan Turning’s own personal letters and archive, along with some examples of early computing work he was involved in – and three, yes, three Enigma Machines. 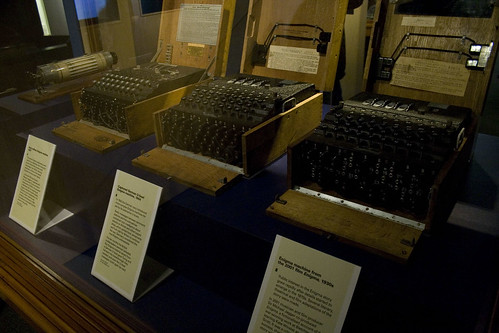 However, visually the most impressive thing is the Pilot ACE computer, built to Turing’s ground-breaking design. It is the most significant surviving Turing artefact in existence. It’s also how computers should look – big, mean and with lots of lights.

Modern semiconductor chips may be gazillion of times more efficient, but they are hardly aesthetically exciting. 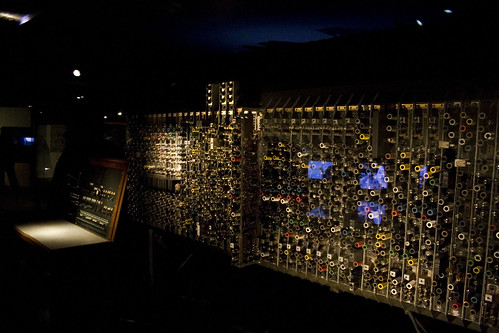 Talking of aesthetics, there is a really interesting Meccano model of an early differential analyser. I suspect that today it would probably be made out of Lego.

A collection of letters written by Turing are on display, but possibly the most troubling exhibit is his death certificate and the “treatment” he was forced to take by a society that still valued conformity over individualism in how people lived their private life.

I am left wondering though whether his untimely death has given him a level of celebrity that he might otherwise have not garnered. Oh, he would have been famous amongst academics and mathematicians as an early pioneer of computing but would be the household name he is today?

Whatever the answer, his position in computing history is now assured, and this is a good chance to see some of the early computing work he either developed, or inspired. 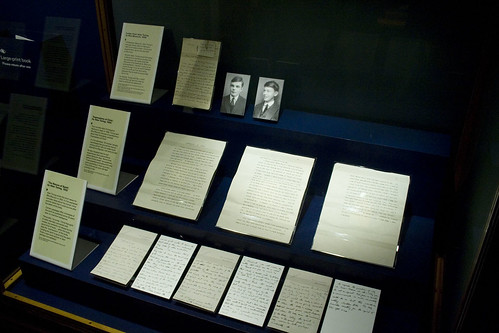 The exhibition is open until the end of June and is near the main entrance.

Oh, and why can’t they put “walk on the left” signs on the tunnel from the tube station to the museums to discourage people from walking straight into oncoming crowds?