If you’re the sort of person to go to Biggleswade for a day — such as to visit a 300 year old folly –maybe take in three very old, and very different types of church while you are there.

Unsurprisingly, this one’s in the town centre itself, and has that wonderfully old parish church feel about it, which is not that surprising as there’s been a church here since at least 1132.

The current church is truly ancient, with parts dating to 1300, and most of it to the late 15th century. The tower is “new”, by the standards of this building, being a mere 290 years old.

Entry is by a rather modern extension, which didn’t bode well, but inside the church, it’s a wonderous sight. It would have been an explosion of colour, until the puritans whitewashed everything. The plaster was removed in the late 19th century leaving the stone exposed. I like the aesthetic, even if it’s not at all historically correct.

The rood screen is still in place, a rare survivor. 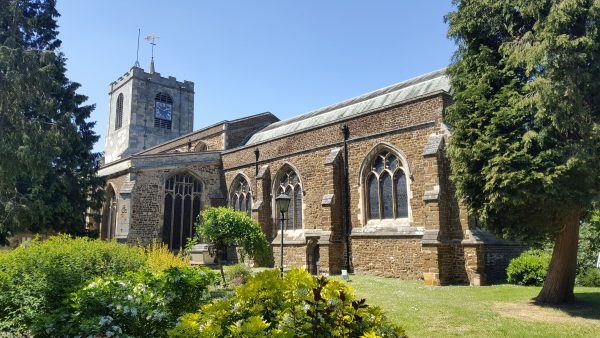 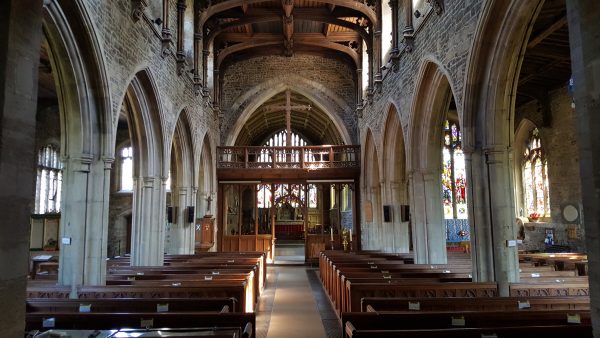 This was one I found on my wanderings, and signs by the entrance for wedding guests to park down the road did hint that it might not be open, but I was earlier than the guests, so in I was able to go.

There has been a church on this site at Southill since the early part of the 13th century. The tower is probably the oldest part, but the building was substantially repaired, and altered in the early 1800s.

Inside the “damage” from that repair is clearly visible in the austere white decoration and Georgian wood paneling. It’s not an unpleasant church, but a bit too clean lines for my personal taste. 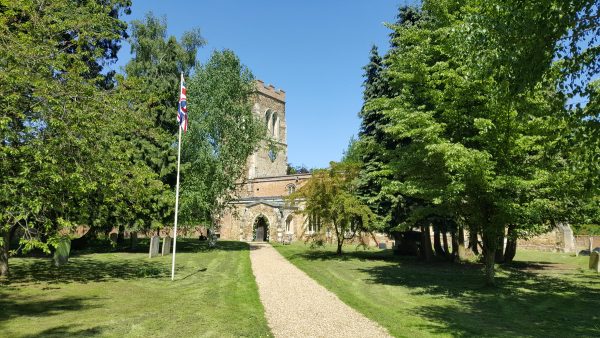 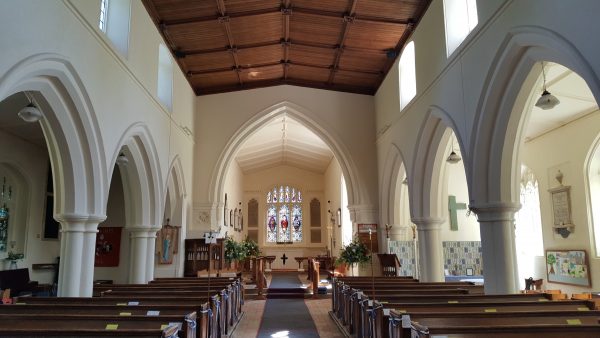 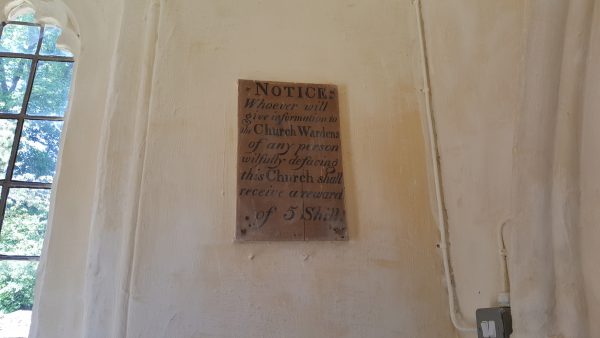 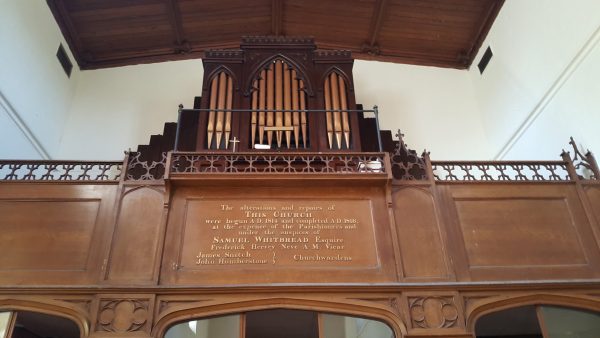 This was the church I had really come for though. A 13th century(ish) stone building that is approached by a steep cutting in the hill, and conceals a marvel.

It wasn’t clear if the church would be open, but a welcoming sign on the door was reassuring, and surprising, for sadly the interior is so desirable that bits of it have been stolen over the years. Now there are plenty of CCTV warning signs around, but they keep the doors unlocked and welcoming.

And what a welcome awaits you for the inside of the church is probably unlike any you have seen before. This was once a fairly ordinary parish church of the sort that exist near large estates, so filled with memorials to the lord of the manor and their private pews.

And a roman style emperor statue of a former benefactor looking utterly out of place, and hence, totally at home in this most odd of church interiors

And what makes it odd is that in the mid-19th century, it erupted with wooden carvings.

The Rt. Hon. Robert Henley-Ongley, 3rd Baron Ongley of Old Warden started collecting richly carved wood panels from Europe and adding them to the plain wooden panels of the church.

No plain surface was seemingly left untouched as the Baron got to work with his wallet and the local craftsmen to fill every corner of the church with decorative woodwork. A new raised pew appeared one year, and gained lots of graffiti shortly afterwards.

On my visit the only other occupants were a surprisingly large number of house flies. If you’ve seen any horror film you know that means this house of god has been taken over by the devil himself. But hopefully not, for this is the sort of church where the god of the Roman church would live. Old fashioned, magical, mysterious. None of that plain puritan nonsense here.

Outside the graveyard is richly overflowing, and two grand monuments are to the side. Wandering around I managed to disturb the pheasants in the bushes, who flew off squawking most indignantly at the interruption

In the middle of the countryside, their cries of annoyance was the only sound. 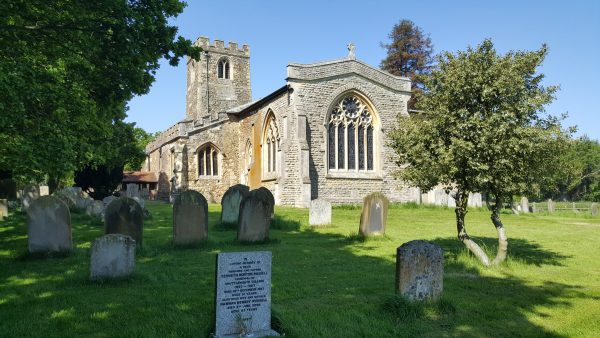 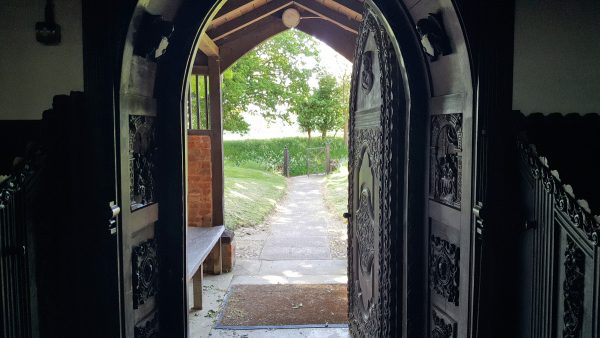 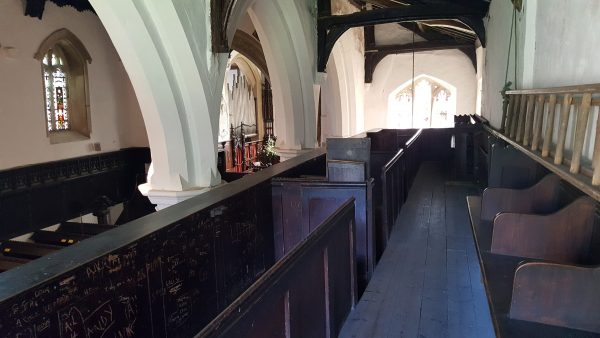 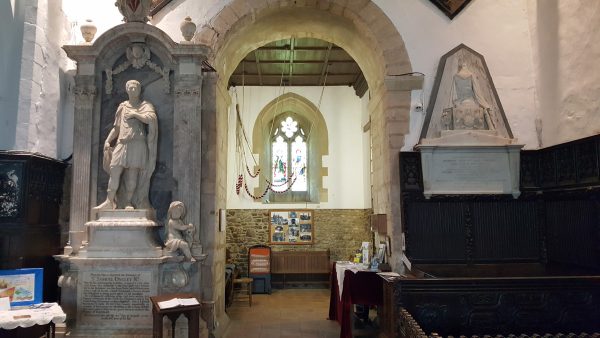 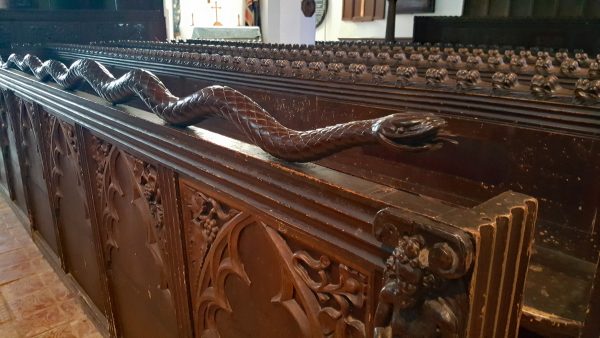 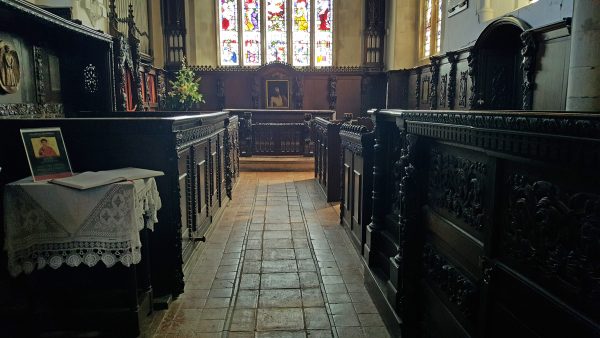 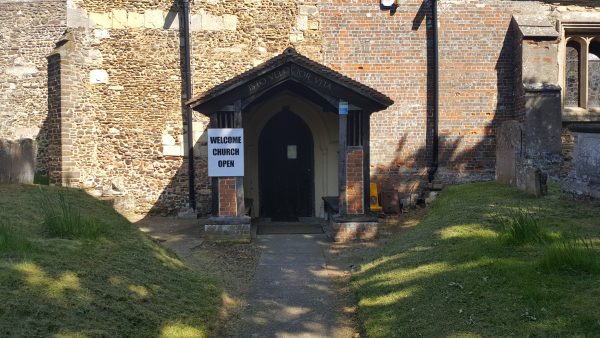 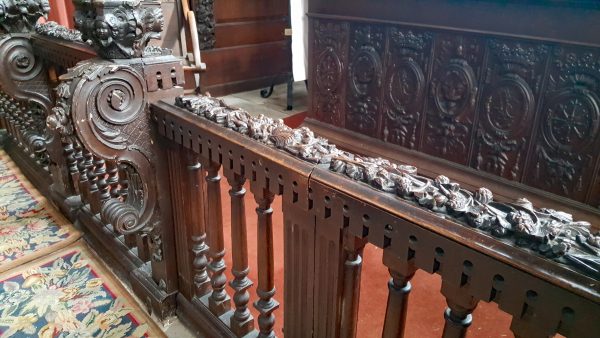 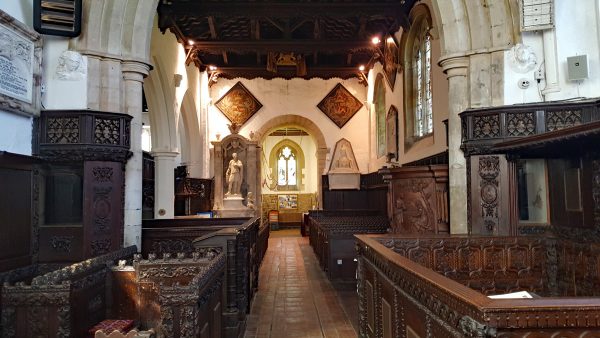