Published 1 March 2014 by By Ian Mansfield Events and Tours

Today I visited three art galleries in fairly close proximity to each other. This is what I thought.

Last year, the ICA put up a weird and disjointed display inside an old hotel just off Oxford Street. The building was more interesting than the art.

Could they do any better this year. Well, incredibly, they’ve done worse.

What is described as an “explosion of rarely seen archival material” has been put on display inside their former home on Dover Street. Today it is an upmarket market, but now with ICA art mingling with the goods for sale.

At least I think it is. In fact, I have no idea what I was seeing. Was that art, or an object for sale. The only hint that I was in fact in the right place were some reproductions of old ICA posters. 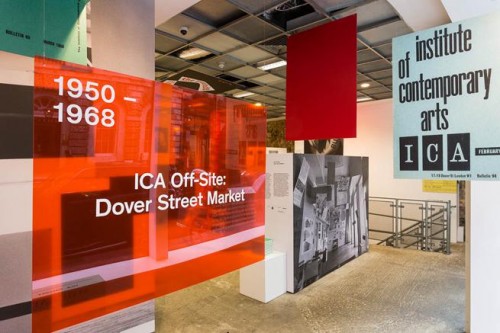 Unlike the ICA, the art here is exceptionally easy to identify as it is huge and in empty rooms. Four large panels of coloured glass that is backlit and that is about it.

Placed in darkened rooms, the best thing to do is stand back and just admire the design, although dark shadows of people who insist on going right up to the light can be irritating at times.

They are presumably the sort of art that is sold to galleries or office blocks for their foyer, as they are vastly too large for any domestic setting.

That said, they reminded me of some considerably smaller Habitat lights I bought about a decade ago. Which is probably not what the artist would want to hear. 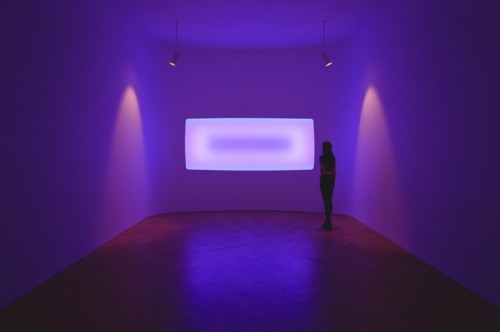 A small gallery off Great Portland Street has put up some posters of films shown in Russia from the 1920s, either made locally, or some German films, but all promoted by Russian poster art.

And what a wonderful display it is. I have a bit of a soft spot for the dramatic nature of totalitarian and communist art anyway, and here are some exceptional examples of the bold use of colours and the richness of the emotions being shown in the struggles.

And struggles are what most Soviet posters depict — struggles against oppressions, against enemies, against poverty and against nature itself.

What makes the gallery come literally alive though is that interspersed among the posters are short excerpts from the films themselves. From the over acted silent drama of the social films, to the great striving force of mankind overcoming terrible odds in the propaganda films.

Really quite a delightful mix and utterly brilliantly laid out.

I highly recommend paying a visit. 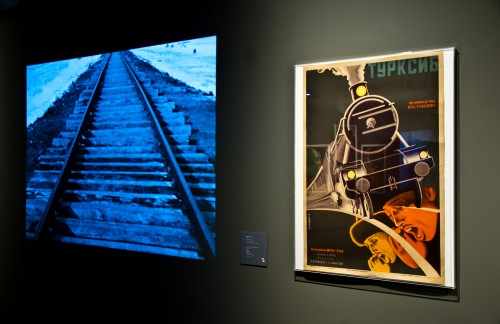