Thousands of buildings to Open to the Public in September

Published 26 July 2015 by By Ian Mansfield Events and Tours

Not London Open House, but the other open house that happens outside London, and conveniently, a couple of weeks before the London version.

An ideal chance to dust off your passport and explore the strange lands beyond the M25.

There are over 600 venues open across the South-East, and my best tip is to find a venue you really want to visit, then see what else is in the area. Usually that means lots of churches, some old buildings, and maybe something modern.

Larger old towns, such as Guildford can merit an entire away-day.

All venues are free, some need pre-booking.

You can do a venue search here.

My pick of the best within a short rail trip of central London are:

Visit the very first model dam used by Barnes Wallis in developing what became the Dambusters’ Bouncing Bomb, which still sits at the centre of the BRE site in Watford. The once top secret structure, 1 metre high and 15 metres long is now a scheduled historic monument. 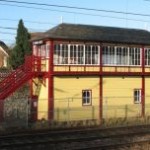 The only preserved main line signal box with public access adjacent to an operational main line so we have 110mph trains right outside our windows. Signalling demonstrations will run continuously, with video and slide shows.

The Green Park wind turbine has become an iconic structure across the South east and is now very widely recognised but how much do you know about the structure, what it is, what it does, how well it performs etc. This event will provide you with all of the information in relation to this huge structure. 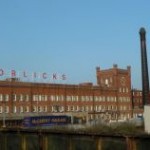 The Horlicks Factory is one of Slough’s most iconic historic buildings which was completed in 1908 for James Horlick. Tours of the small museum, archives and the Art Deco Board room completed in 1927. There will also be a chance to visit Horlicks’s own railway station and platform which led onto the Great Western Railway.

The Wish Tower is a Napoleonic Martello tower that is occasionally open to the public by local volunteers. All visitors must wear suitable footwear and will be taken to all three floors from the basement with its powder room right up to the roof. 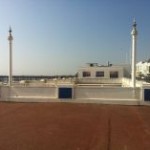 This will be an organised tour to visit the subterranean White Rock Baths. Originally built in Victorian times, but then altered and modernised in the 1930s & 1970s. The whole building was finally closed in 1999 and has remained unused since then.

Grade II listed building, built by the 1st Earl of Lovelace at the end of the 19th century, in the unique Lovelace architectural style that dominates East Horsley, a combination of flint, with moulded red, white and black terracotta brickwork.

Rare opportunity to investigate inside the only surviving WW2 Air Raid Precaution Bunker and Civil Defence Centre in Hampshire. Investigate the Headquarters of wardens, fire brigade and ambulance crews fire who all worked on the streets of Gosport during German bombing raids.

Part of Dorking’s extensive system of cellars and caves cut into the soft Greensand dating back to at least the 17th century. Entrance is via a discreet doorway at street level into extensive galleries used, until recently, as wine cellars. From the wine cellars a series of steep staircases lead down deep under Butter Hill to a cave of uncertain age and purpose.

Historic signal box c.1865, working museum with levers and bells, open to the public. Visitors are invited to pull levers and be involved in operating the signal box. Attractive site with outdoor section of railway track, signals, and other railway items.

A unique opportunity to see conservation in action. The visit includes a trip up the scaffolding to see work in progress and a behind the scenes tour of the Cathedral Stained Glass Studio and Masons’ Drawing Office. .

30 minute guided tours of first community-owned hydro built and operating on the Thames.

Visit the air raid shelter built in cast concrete by a previous owner during the Second World War. Also see internal combustion engines running on petrol, kerosene and gas, dating from 1899 until 1950.

A rare opportunity to see objects not normally on display and hear about the important work going on behind the scenes by Guildford’s Heritage Service. Collections staff and volunteers will show you some of Guildford’s treasures. 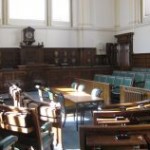 Discover the chalk & flint vaulted cellar built c.1350 and remains of a medieval bridge c.1170 in the basement of John Lewis. IanVisits review

The Lambeth Waterworks was established in Seething Wells in 1852 and it was water from these works that Dr John Snow used to prove that cholera was waterborne. You can see the surviving Lambeth and Chelsea Waterworks buildings as well as the filter beds alongside the Thames now home to a rich bio-diverse wildlife.

Take a behind the scenes tour of the building to see the amazing work space and learn how a sustainable building can affect the working practices of a large organisation.

Special Pre-booked Guided Tours will be available for a limited number of people to see final excavations at Woking Palace while excavations are in progress.

See Behind the Scenes at Chichester Cathedral
(Sat: 1pm-4pm)

The Song School located high up in the Cathedral’s triforium and reached by a winding spiral staircase is where the Cathedral choir practice twice daily. Come and discover its secret chamber.