There’s an upside down building on Blackfriars Road

Published 4 December 2013 by By Ian Mansfield Events and Tours

A tired old building with a tree growing out of it destined to be torn town and replaced with another anonymous glass and steel tower has — for a while — become a work of art instead.

A lot of that redevelopment is thanks (or blamed) upon the arrival of the Southwark Jubilee Line station, which exists due to political lobbying, and the Palestra building, which is also indirectly there thanks to political actions by a former Mayor of London.

Until recently, a block of buildings, some of which are to vanish, but not the pub, looked a bit like this. 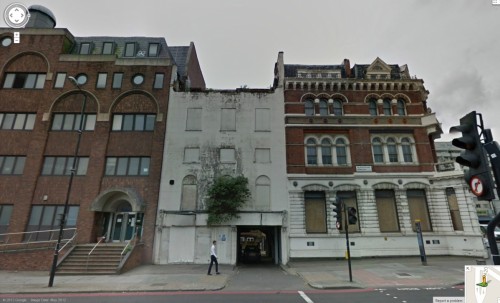 The somewhat shabby front of what was once a photography studio, was today itself the subject of photographers as the final hoardings were removed to reveal the upside down frontage.

You might spy that the new upside down frontage is not an exact replica of what went before, but is a recreation of what might have been there in the past, if not upside down.

The artist, Alex Chinneck describes himself as an architectural artist who likes working with building sized shapes, but also because buildings as art can often blend into their surroundings.

People walking past the upside down house might not even realise it’s upside down, unless they look at it from a distance and start to notice the details.

Then the art stands out as different. He said that public art has a responsibility not to be so noticeable to those who might not like it, but still pleasing to those who know it’s there.

He also quite likes the temporary nature of his work — this piece will be around for a year, or three, but will eventually be torn down and replaced by more skyscrapers.

I quite like art to be temporary, as sometimes there can be a bit of a tendency to treat permanent outdoor art as some sort of holy relic that can never be thrown away, and acts as a barrier to changes in an area later on, or spurs campaign groups to preserve what few had ever noticed before. 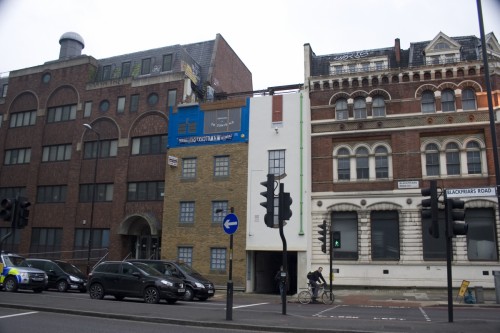 In this case, the art is mounted in front of the existing building on a scaffolding structure, which was then coved in a wooden frame and mounted board. The brickwork are thin tiles, and much of the stonework detailing are plaster or foam cutouts designed to be waterproof. Making the whole thing waterproof was quite important, as brick absorbs a lot of water, and weighs a lot when wet — not ideal.

In fact, the engineering needed to build a thin facade on a building has been impressive, and hidden.

The building is itself on occasions hidden, as the best place to see it is on the other side of a main road, with a lot of double-decked buses driving past.

You have a year or so to get to see it though [map link]. 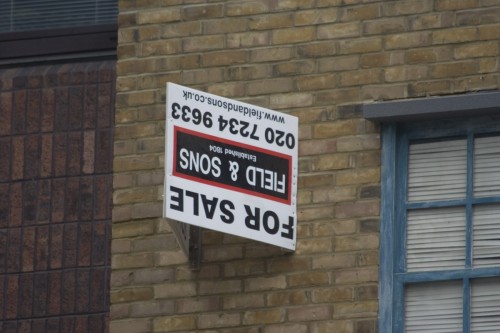 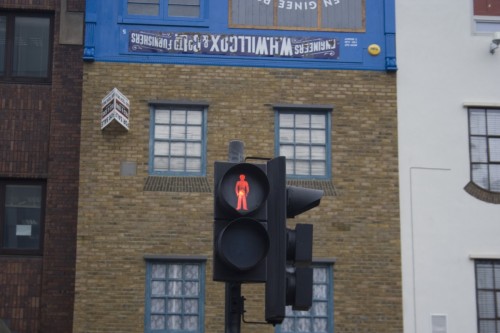 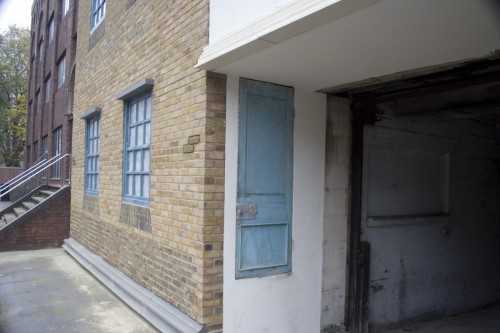 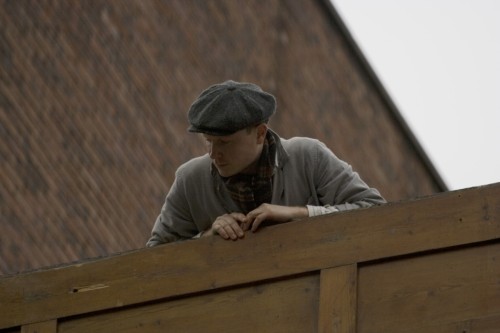 If you notice the estate agent sign that hangs upside down on the building. It’s a real estate agent.

And finally, on my way to see the upside down building, I saw an upside down car. That wasn’t art though. 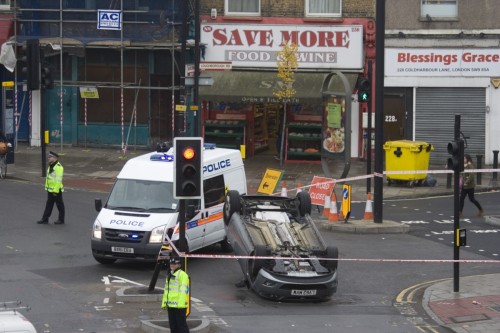