There is a leopard in my living room

I needed to take out a second mortgage today as I was about to embark upon the replacement of an ink cartridge for my printer. I dutifully noted down the make and model of the printer and after a detour for lunch, popped into my local emporium to ascertain if they had what I required.

A wide collection of plastic boxes was lined up on the wall, and I was able to swiftly reduce the range down to those which the word “Epsom” emblazed boldly up on them.

However, here came a problem, as the list of printers the various ink cartridges worked with was then printed in such tiny pale print that I began to regret leaving my reading glasses at home. A sales assistant came to my aid, and I showed her my scrap of paper and explained what I was seeking.

“Do you know which animal you need”?

It seems that in its infinite wisdom, Epsom have decided to brand their range of products not by a product code, but by animals – and fool me for not realising that the dark gray box by my computer is in fact a leopard. 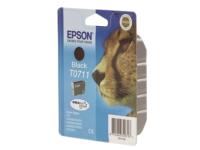 In fact, the only link between my printer and an animal of prey is their joint predilection to eat things – in my case, entire reams of paper have been chewed up and spat out by that monstrous device, which usually goes by the name of “that fucking thing”.

A bit of research, and it seems the marketing people sitting in their ivory tower where the air is so rarified that it has affected their brains have selected a whole range of animals. Lord only knows what attributes are being thought of when attributing the names to the products.

We have: Leopard; Starfish; Ladybird; Shell; Duck; Koala and the Robin.

Alas, the only animal I could think which would be suitable was missed off – the squid, which can produce its own ink. Actually, an animal that produces its own ink might be bad news for Epson’s replacement ink cartridge sales.

Maybe that is why it wasn’t listed?