In 1821, had a person looked up at the summit of St Paul’s Cathedral, a wonderous sight would have greeted their eyes.

Where once a golden cross had stood, now an observatory sat upon the dome within which sat a man, a man endeavouring to draw the entire city. 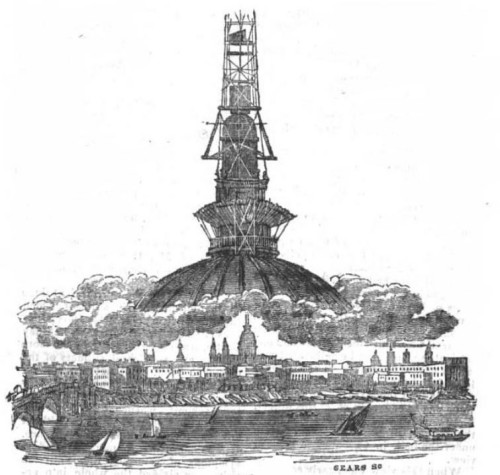 It was when the cross of St Paul’s was taken down in 1821 to be repaired and reguilt, that an ingenious and enterprising young man, the noted surveyor, Mr Thomas Hornor, availed himself of the circumstance to obtain permission to erect an observatory above the usual site of the cross.

Mr Hornor had already been drawing a panorama of London, using a device he had invented to make more accurate drawings of landscapes, and he was working in the lantern of St Paul’s directly under the ball.

He spent the summer of 1820 working on the panorama, but when plans were made to remove the cross from above his head, he sought permission to elevate himself still higher over London.

Having secured permission, he erected an observatory above the wooden scaffolding that had been installed to remove the cross, making him the most elevated man in the land. Having secured his temporary abode, he essentially scrapped the work of 1820, and started again on a new vastly larger panorama of all London.

In total, sitting up high on his perch, he produced 280 sheets of paper, totalling a surface of 1,680 square feet. 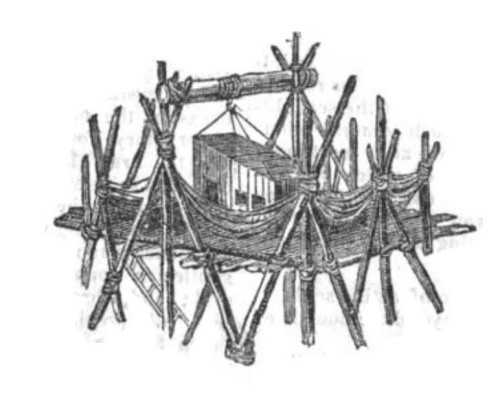 In an interview he gave to The Mirror of Literature, Amusement, and Instruction in May 1823, he said: “On entering the cathedral at three in the morning, the stillness which then prevailed in the streets of this populous city, contrasted with their mid-day bustle, was only surpassed by the sepulchral stillness of the cathedral itself”

Commenting on the placement of the Observatory, he noted that “the weather was frequently so boisterous during the stormy summer of 1821 as to frustrate the judicious contrivances for security. Indeed scarcely a day passed without derangement of some part of the scaffolding”

In fact, it sounded downright dangerous… “during high winds, it was impossible for a person to stand on the scaffolding without clinging for support against the frame-work; the creaking and whistling of the timbers, as such times, resembled those of a ship labouring in a story, and the situation of the artist was not unlike that of a mariner at the masthead.”

The magazine added that Mr Horner was about to publish a book of his drawings, which they declared was bound to be a success.

In fact, the book was a failure, but its failure lead to another remarkable development, the construction of the London Colosseum in Regent’s park, a vast circular building, upon which the entire panorama was enlarged and transferred.

The painting was the largest ever created, totalling over forty thousand square feet in area.

Although initially successful as an attraction, and it even had its own “ascending room” in the centre to elevate visitors to see the panorama from a similar angle as the original author — the Colosseum was a financial failure.

Sold for a tenth of the cost of building it, Hornor was forced to flee debt collectors and died in poverty in the USA. The building was torn down in 1874.

The panorama does not appear to have survived, save as fragments in the background of images of the interior of the Colosseum, which shows the famous ascending room in the centre. 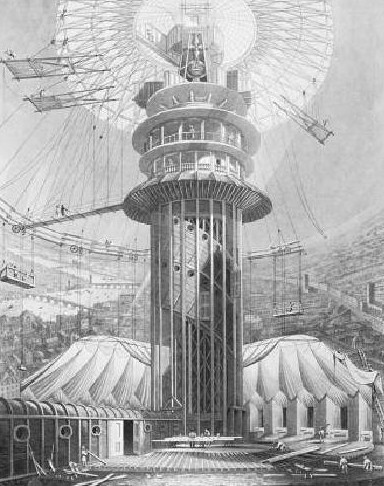 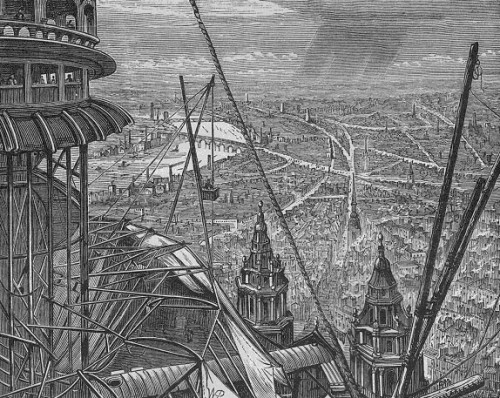 This may also be a souvenir offered at the Colosseum, or a smaller version sold to those who couldn’t afford the book. 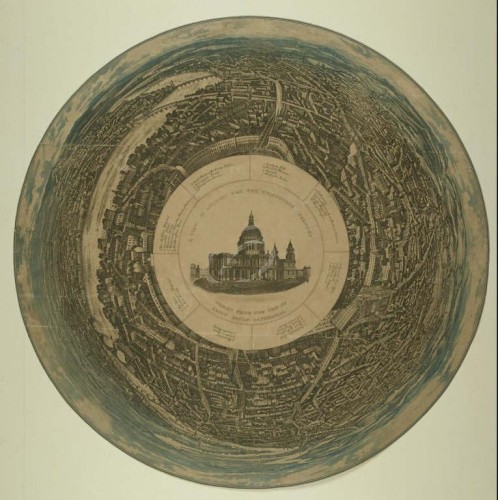