Published 13 April 2016 by By Ian Mansfield Events and Tours, Museums

A museum collection that is a shade over 200 years old has moved to a new home, and been given a makeover of how the objects are displayed. 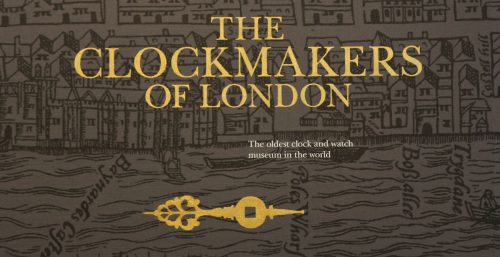 The museum is the Clockmakers, and the collection is a vast array of clocks, watches and marine chronometers — ranging from a faded iron clock to the most jewel-like of constructions.

Established in 1814, the Clockmakers’ Collection is the oldest collection of clocks and watches in the world, with the majority of the 1250 timepieces dating from between c.1600 and c.1850.

It had been in the City of London for the past 130 odd years, but has now moved to the Science Museum. It was a rather charmingly small, little known museum, but its new home is more expansive and has also been laid out, appropriately for a museum of time, in chronological order. 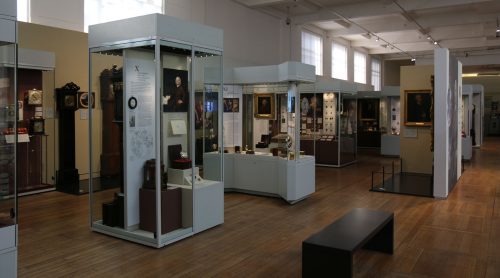 The display boards have been revamped, but the details are still there, as is the first fully functioning Marine Chronometer, famously designed by John Harrison.

Pocket watches abound, with their curious combination of clockmaking craftmanship and jewel like decorations. 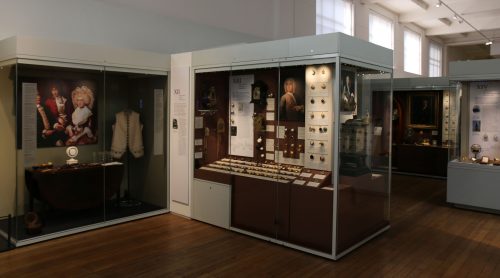 I find clocks to be an oddly affecting device, counting down the minutes of mortality, but in a very mechanical manner which fits curiously well in a society increasingly ruled by electrons whizzing around silicon, with barely a moving part to be seen.

The hours passing are represented not just by how we feel the sensation of time, but a transfiguration into physical manifestation as wheels, gears and weights move to record that passage. You can almost find yourself asking which movement creates the other.

The new layout is a bit clinical now, but that is a consequence of its new home, in a large open space in the Science Museum. For some reason, I always feel clocks belong in small gloomy spaces, ticking away in the darkness. 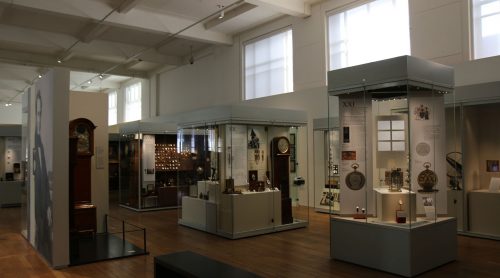 The clockmakers museum is now inside the Science Museum, on the second floor.