The Views from One Blackfriars

A boomerang, or vase, depending on your preference has risen up in Southwark and at the weekend, there was a chance to have a look at the views to be enjoyed by the super-rich who will live within. 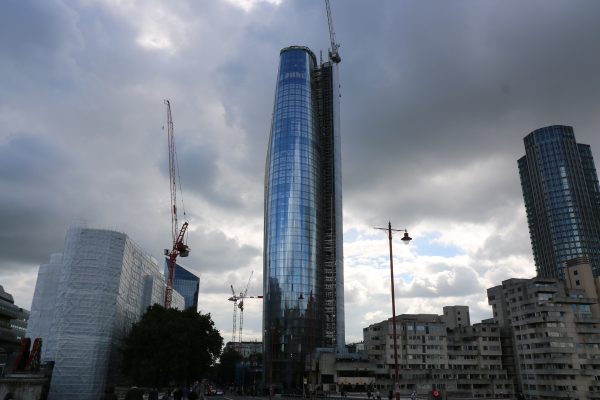 It was expected that common folk would routinely be able to whiz up to the top floors to see the views, but that’s now going to be a very private three-floor penthouse instead.

When the building was first granted planning permission, with viewing gallery, it was also going to include a hotel. The recession put paid to that, and new owners of the site put in a modified planning permission which got rid of the low-cost housing next door and kicked out the hotel.

Now that the tower is exclusively residential not mixed-use, they weren’t obligated under London planning recommendations for tall towers to offer a viewing gallery.

So this weekend is likely to be one of a very few chances for the public to be let in – initially to a showroom on the 11th floor, then to a private viewing gallery for residents on the 32nd floor. 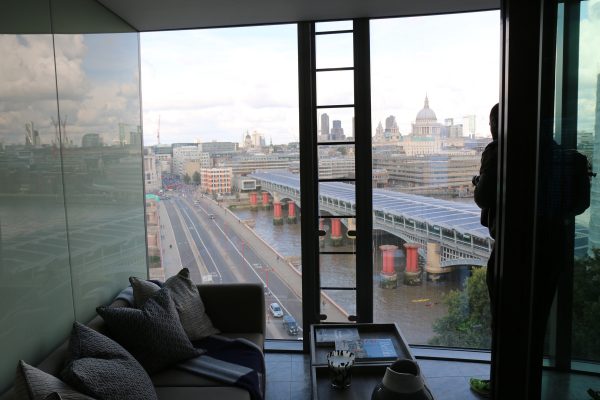 The showroom contains all the posh decorative elements you would expect of a property costing upwards of a couple of million quid – except a kitchen. It seems this will be retro-fitted later where a meeting room currently exists.

The winter-garden offers additional seating space within the double-skin glass frontage of the tower, with a very narrow walkway around to the bedrooms. A slight wobble as I walked around made me wonder just how strong the outer glass sheets will be when dealing with drunken residents. 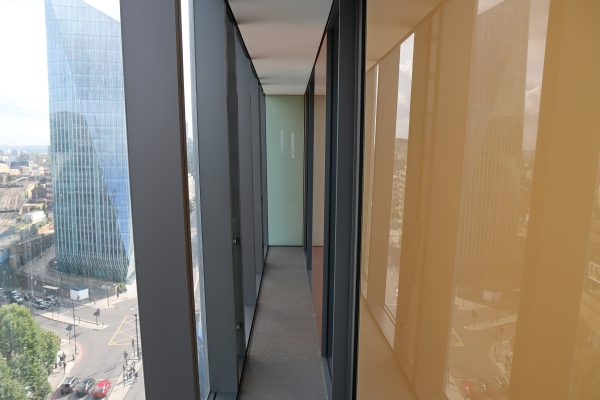 A representative of the company building the tower gave a long talk about it, but not the architecture or the engineering, but the services that the super rich will enjoy.

And an annual service fee to pay for it that exceeds how much I pay in rent on my flatshare, and a sales pitch that sounded more like the lifestyle pages of the Evening Standard than the lifestyle of us normal folk.

A question about the make-up of the residents, and it seems that most of the smaller flats have, as you might expect been sold overseas, but mainly to parents of children being sent to London for their education. That’s quite some student digs.

Of the larger flats, about half have gone to Brits working in the city looking to swap country homes with something suitably lavish, but central. With the annual service fees running into eye-watering amounts, they don’t expect the flats to be sold to absent landlords living overseas. 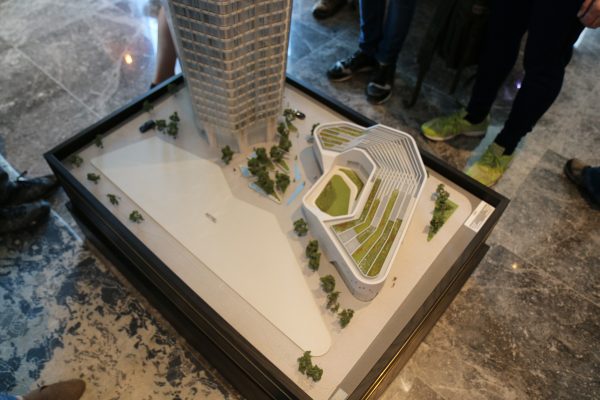 Up to the 32nd floor for the views, and drinks from the bar in the still unfinished space.

The views were somewhat obscured by the filthy glass, but it is still a building site with the construction lifts clinging to the outside, so not really a huge surprise. 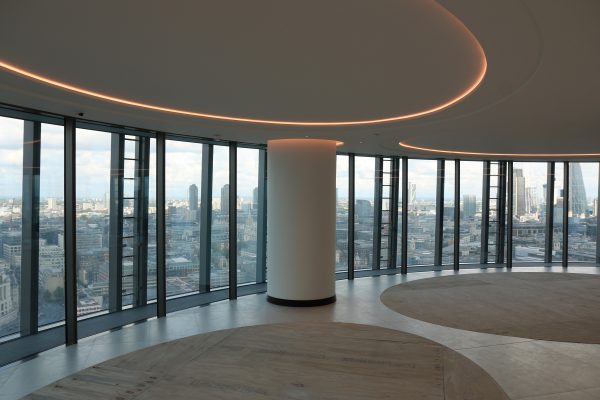 The views are, well, once you’ve been up the Shard which is not that far away, you are pretty much seeing the same thing again.

When the viewing gallery was originally planned for this tower, the Shard wasn’t confirmed as being built, and now that there is a viewing floor on the Shard, and the Sky Garden, and the Monument, and the London Eye, central London viewing galleries are starting to compete against each other.

As a resident, the views are lovely to have, but as a tourist attraction, I don’t think yet another viewing gallery would really have added much to London, although it might have forced The View from The Shard to lower their prices a bit, which would have been nice.

As a visit for Open House, it would have been much nicer though to have a talk about the building, and less chatter about the fancy-pants services that people will have if they live there. 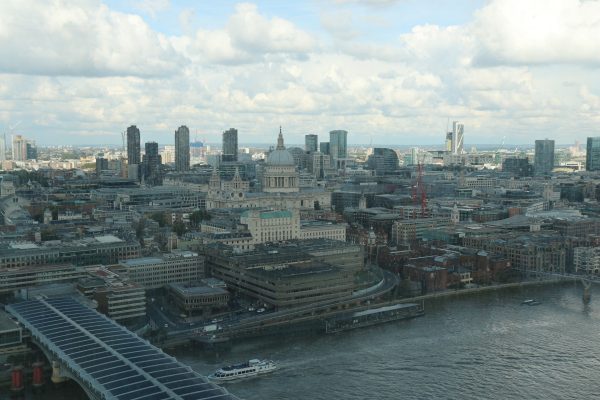 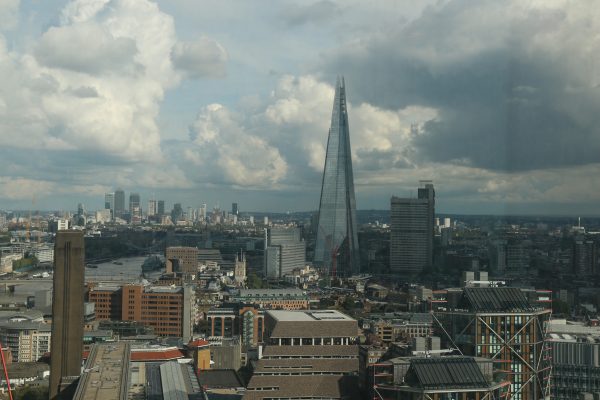 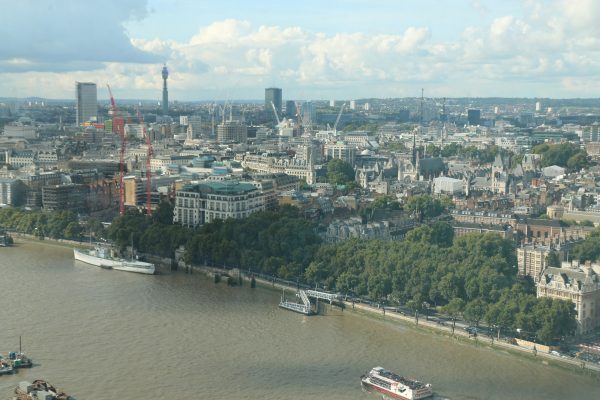 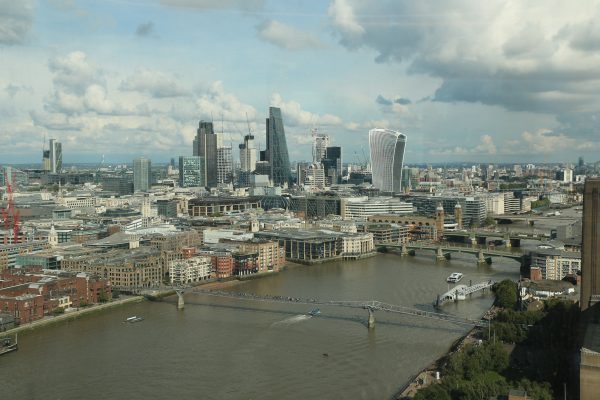 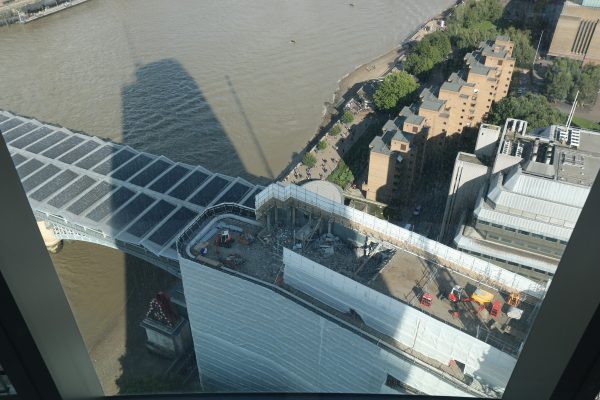