A few weeks ago, and a decade or so later than originally planned, the V&A finally opened its new Exhibition Road entrance.

The V&A has long wanted to do something with a peculiar square that sat to the side of the main buildings. Initially a boiler room, then later portacabin style offices, and hidden from curious views by a stone wall.

The wall has now been punctured and people can see what lies behind, which is a new entrance to the museum. 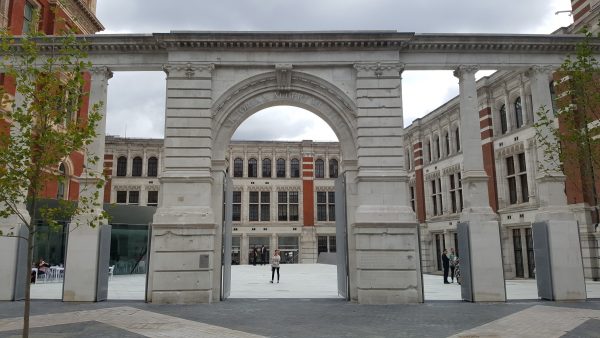 The new entrance is a vast empty courtyard of a space, that had been earmarked for a highly controversial metal sculptural box which looked good on its own, but sitting between terracotta brickwork was, well, rather dramatic.

And dramatic were the response to the plans, which resulted in not enough money being raised, and the plans quietly dropped.

Not getting either a new entrance, nor shiny new galleries, the museum pared back the plans, to a smaller new gallery space in the basement, and cleaned up the courtyard. And the now obligatory additional cafe. 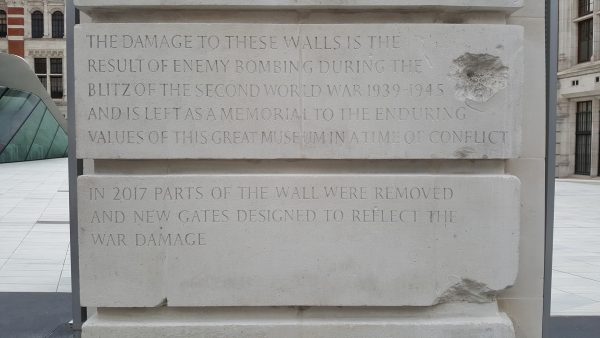 It’s a refreshing space, very white, thanks to the ceramic tiling they’ve deployed, and the slope down the side has a pleasing edge to it, which I suspect will have railings added within the year after someone falls down and blames the museum for their own inattentiveness. 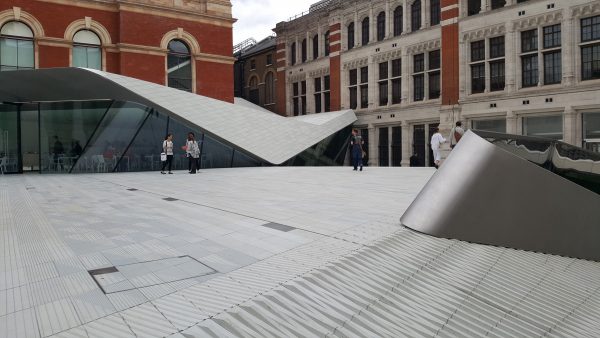 Unfortunately, it seems that the architects might have forgotten that it rains in London, as the courtyard was closed recently due to slippery surfaces, although the museum says it was closed because the museum was busy. I can see why they would close the building doors when the museum is busy, but not the courtyard which is very large, very open, and very empty. 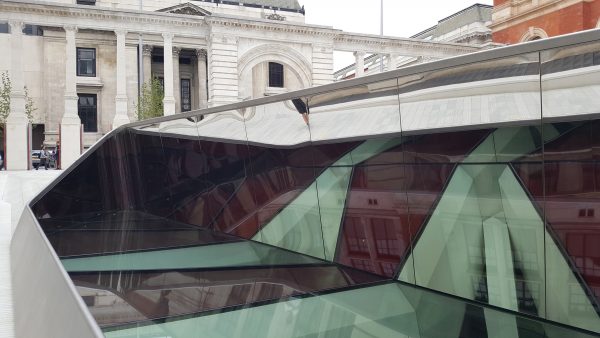 Inside the museum itself there’s more space here, and it leads pleasingly onto the rest of the building. Do look for the model of the new entrance courtyard, which sits in a small box to the right of the entrance. 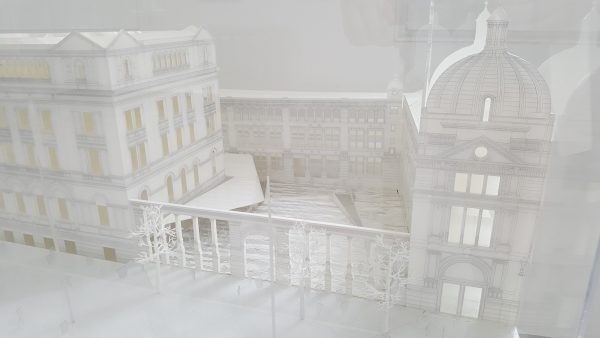 There’s also a new subterranean gallery, but on my visit it was closed. Fortunately, Diamond Geezer wandered along recently and had a look.

As a space it looks nice, but feels oddly as if they’ve spent many years and a small fortune for, well, what exactly?

The museum already has a good entrance, and one that’s next to their main shop — so why a new one. A cynic looking out might spy very large crowds queuing to go into the other two museums opposite and deduce that this is a lure to draw them to the other side of the road and into the V&A instead.