Plywood is a remarkable product, as much applauded as loathed. A marmite of the domestic world that spends more time in the living rooms than the kitchen cupboard.

As a material, it’s quite a simple one, layers of veneers laid at right angles to each other and glued together. The cross-grained slices each adding strength in their own direction to form a single sheet of surprising strength, but also versitity.

Although plywood was widely used from the 1880s, prejudice against it as cheap or poor quality meant that it was often used structurally, or hidden under other materials.

Some of the earliest uses for industrial plywood was for packing materials, and the most English of them — for importing tea from the far-east. 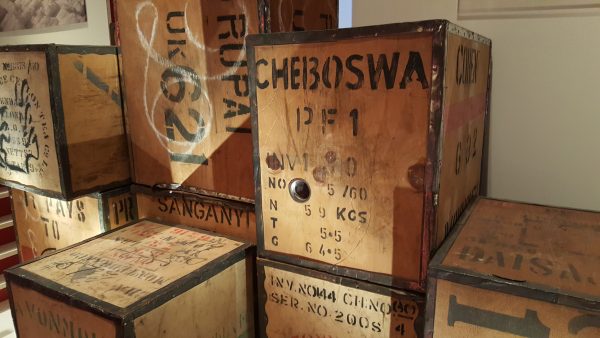 Plywood’s ability to be curved and bent without losing strength saw it being used for that equally remarkable idea — the pneumatic railway. A “giant pea shooter” which would have seen carriages blown down giant tubes. 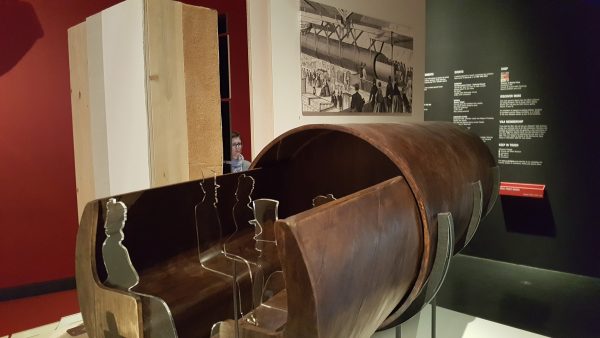 The exhibition opens/closed with a racing car, but also observe in the display the cut-away car showing how plywood was used, but hidden away. 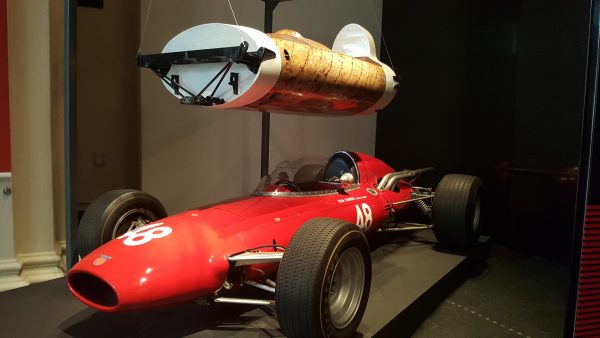 Although it went through a phase of being about as popular as MDF on a TV makeover show, what plywood is probably most famous for though, is chairs. Lots of radical designs for chairs which today look modestly fashionable, but at the time of design were practically the space-age of the domestic scene. 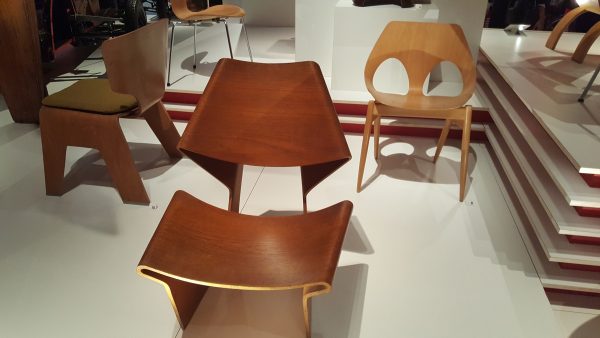 Away from the domestic scene, plywood was, and increasingly is, used for construction. It was once considered ideal for nuclear fallout shelters, but today is more likely to be found in the most modern of buildings, but in radically different forms from the cheap slices of glued veneer that we see in shops and offices. 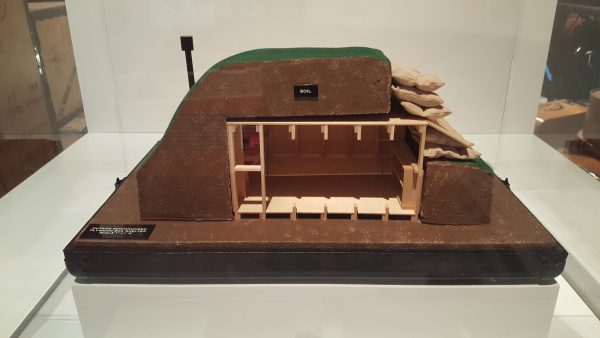 Plywood may have visual detractors, but today one of its biggest black marks is that thanks to its production process, tracing the origin of the woods used to make it is very difficult.

Was the wood sourced ethically, or stolen — and the exhibition finishes with a look at how the industry is trying to live up to the very reasonable expectations of modern consumers for sustainable supplies.

The display is modest in size, but ranges widely from Victorians to modern life, and while some people will never come to like it, at least you’ll come to appreciate its versatility.

The exhibition is open until 12th November, and is by the front entrance of the Victoria & Albert museum.