The UK’s smallest King George Field is in London

Around 50 years ago an association closed its books after successfully setting up over 470 public gardens around the UK.

Founded in 1936, the King George’s Field Foundation was set up to commemorate the recently deceased King, but in a manner that could be more widely enjoyed than a statue in London. 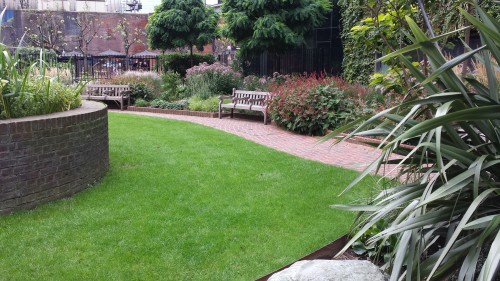 Having managed to buy 471 plots of land and convert them into public gardens, the foundation closed its doors in 1965, and the gardens are now managed by the National Playing Fields Association and local councils.

One of those gardens is within the City of London, just around the corner from Tower Gateway DLR.

What is now known as Portsoken Street Garden, was recently refurbished, and is also the smallest King George’s Field in the UK. 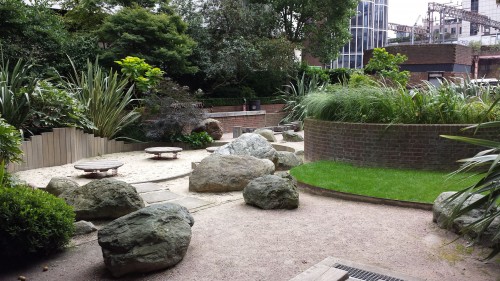 It’s quite a charming little space, carved out of land which today would probably be a bland office block, and has been refurbished in a child friendly manner. Not that this adult could resist playing with the musical instrument made from bellows and old railway sleepers. 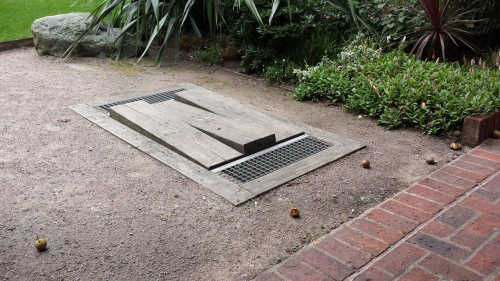 Otherwise, it’s a pleasant little space, with a small stone plaque to mark its regal association, and a waterfall that didn’t quite drown out the noise of the rugby match being watched in the pub opposite.

Adding to the effect though, is that the next door hotel has also cleverly covered their facing wall with planting as well, creating an illusion of a much larger and greener space than might otherwise exist. 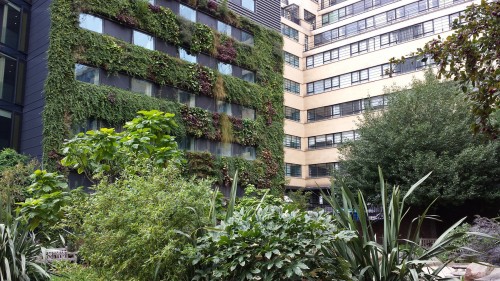 This little plot of garden can be found here. You might also notice a small plaque on one bench, indicating that it was donated by the little known Metropolitan Public Gardens Association, which has been improving public gardens since 1882. 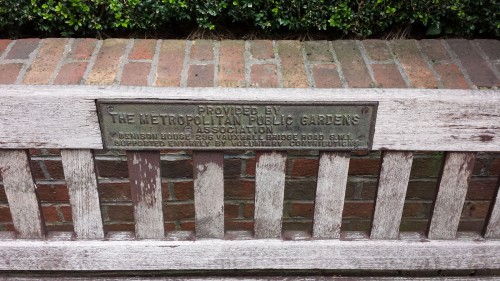 The King George Fields in London: