Published 8 June 2016 by Events and Tours

Some of the most fascinating small museums are the ones devoted to something so mundane that you barely even give a second thought to it, and such a museum can be found in North London.

Quite often what is today an ordinary object which we use without thinking can have a quite remarkable history to its evolution from radical invention through to domestic ordinariness.

Such as ink. The ink you write with every day. 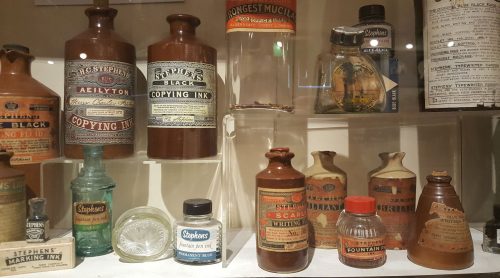 It’s not that ink is a new invention, it’s been around since the time time immorial, but ink was difficult to make, and expensive.

Although the recipe changed over the years, in Elizabethan times, the staple, of iron gall ink was made from claret wine, oak galls, ferrous sulphate and gum which was fermented for 5 days then boiled off. Probably smelt as bad as it sounds.

It was a Victorian inventor who, in 1832 turned a difficult to make product into a domestic staple, fueling the rise of letter writing by the masses, and hence indirectly the entire postage industry.

His name was Henry Stephens, and the Stephens ink company went on to become a huge operation. So huge that the Stephens family became rather rich, and bought a grand house in Finchley as their London home.

The main figure is the second of the Henry Stephens, who apart from running an international company found time to become a Conservative MP, create the first public park in the area, and upon his death, gave his entire London home and massive gardens to the people of Finchley.

Sadly, the council were less than generous with the gift, initially trying to sell it, and only much later acceding to the requirement that the grounds are open the public. The gardens are splendid, but house is still reasonably off-limits, save for a small museum, devoted to the Stephens ink company. 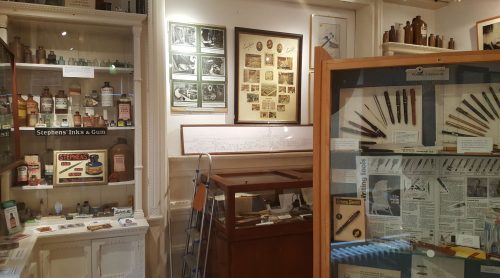 The museum is only open for a few hours in the afternoon from 2pm onwards, and only on Tues/Wed/Thur.

That amusing distraction dealt with, the museum is down a corridor past what looked like large drawing rooms turned into meeting rooms for corporate use — and here, a side area is the museum itself.

It’s a modest affair, a small room with a few cupboards around the walls filled with objects and a display case in the centre. What works is that it’s a bit old fashioned, with just some basic signs dotted around explaining things, and lots about the family who founded the company. 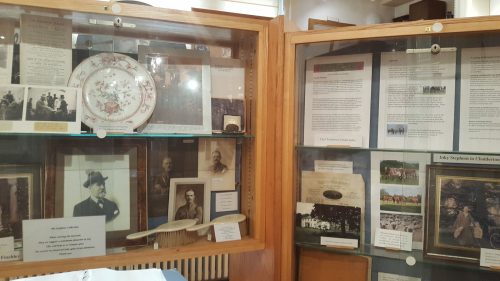 Much of what is one display was donated, as sadly the original archive burnt down in 1989. Some donations are curious.

Do look out for the bottles of ink recovered from a ship that sank off the Falkland Islands. I ended up being fascinated by a box with an unusual aspect drawing of the Houses of Parliament.

Large signs noted that ink is sold in stone bottles, but if you wanted, glass was also available. 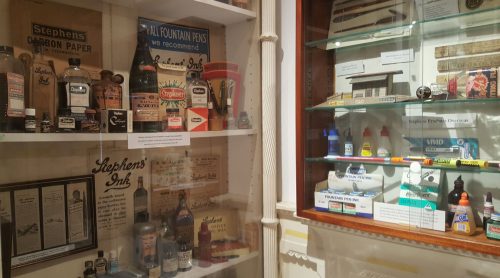 Some of the display also looks at how ink changed other areas, such as letter writing and the evolution of the gummed envelope, noting how letters used to be sealed with wax, or The Bendover Patent Fastener — essentially a brass paperclip.

Some of the objects may look familiar to people of a certain age, although I was brought up using a rival product for my fountain pens, Quink.

The Stephens ink company is now owned by a Japanese firm, but the name lives on as a brandname used by another UK firm of stationary suppliers. And they still sell bottles of ink.

If you want to see the museum as it is, then visit soonish, as it will be moving in a few months. Only a short distance to the old stables, but also into a larger space where they hope to put more on display, including a recently started collection of typewriters.

Entry is free, although donations encouraged, and if you chat to the curator, a strong sales effort to buy a pamphlet about the building will ensue.