Not next to the runways, obviously, but it was at the time thought wise to check in your luggage and do the necessary legals in the centre of town, then catch a dedicated bus to London Airport.

This resulted in the curious sight of a double-decker bus leaving the station, with a trailer full of checked-in luggage. 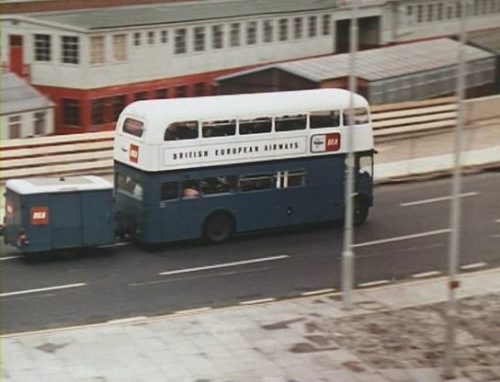 The earliest of these central terminals was at Waterloo station, which operated between 1953-57, but it was to be replaced with a giant of a terminal building, in Kensington.

This was the West London Air Terminal, and parts of it still exist, as a branch of Sainsburys.

As a terminal building — albeit a long way from the airport — it still offered all the facilities you would expect, from baggage check-in, the luggage carousel, passport control, and probably tax-free shopping.

The check-in service ceased at the end of 1973, although bus services from Cromwell Road to Heathrow continued until March 1979.

They had managed to linger long enough though for a series of model buses to be made, including the trailer. They even appeared in a few films and TV shows of the time, showing off how advanced London is as a city.

What killed it off was in part the extension of the Piccadilly line to Heathrow two years earlier, in 1977, and changing expectations by the passengers themselves, who preferred to make their own way to the airport and check-in there. 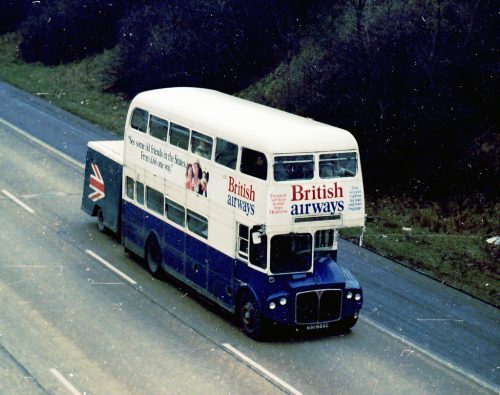 Photo by Clive A Brown

And sadly, no more Routemaster buses with luggage trailers.