This is the Red Post. It’s in fact, London’s only red post, for a post that is red and has distances upon it, is not just any old post, but a very special sort. Painting a plain ordinary post with red paint won’t do – that is just a post painted red, but this is an actual red post— a post that gains its very meaning from its redness.

Red posts are the early precursors of the normal street signs we see today, and there are a few ancient red posts dotted around the country, but this modern replica is the only one to be found in London. 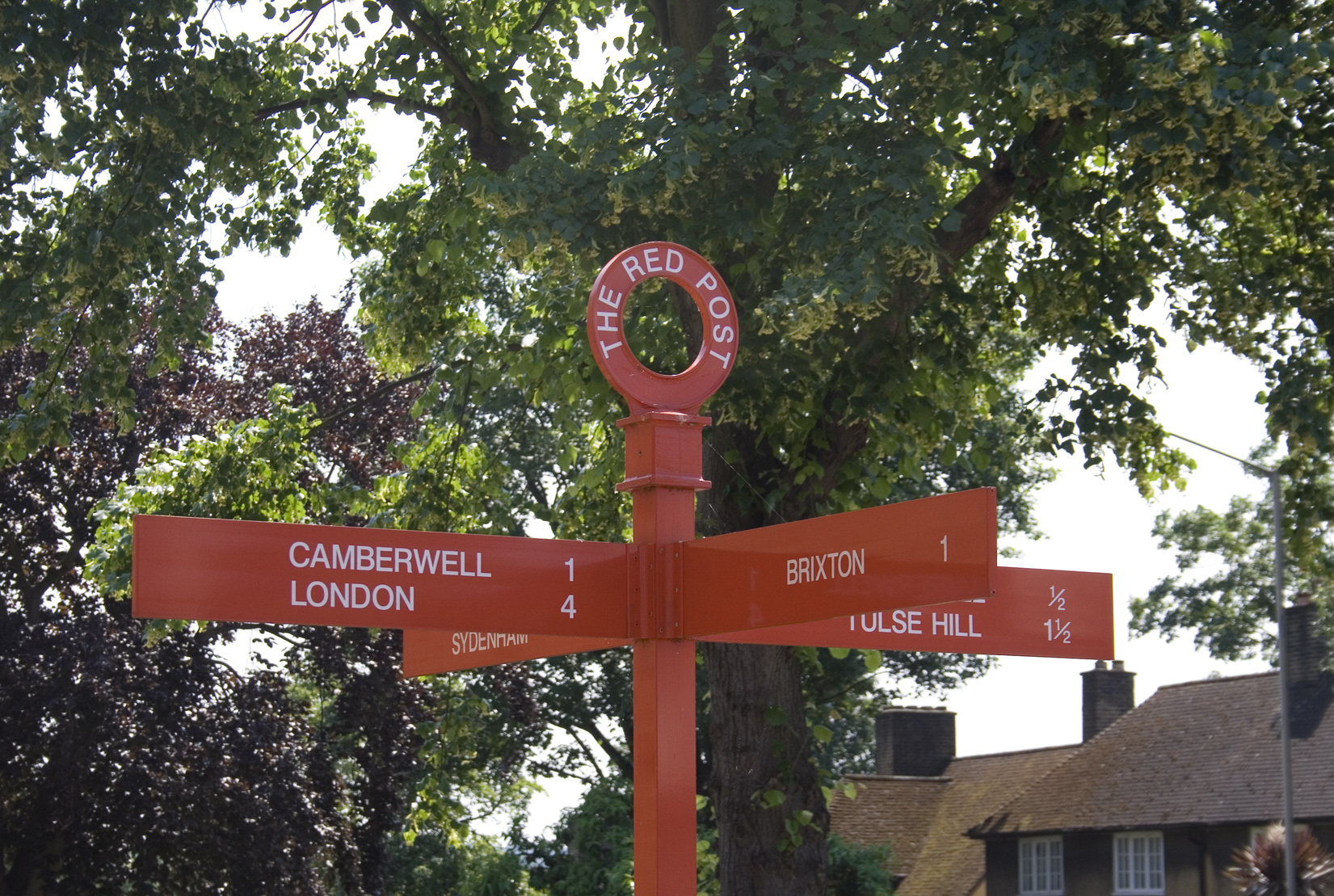 It’s not entirely sure when the red post arrived at this location[1], heralding distances to local towns, but it is known to have been here in at least 1768. Quite what happened after that is a bit of a mystery.

It is thought to have been here in 1801, and according to one guide to the area[2], was a landmark in 1827, and possibly a bit later, as at around 1830, the road it junction it sat on was renamed in its honour.

Away with Ashpole Road and hello to Red Post Hill.

According to the Dulwich Society[1], the renaming occurred “sometime around 1830”, although I found a Parliamentary Paper[3] published in late 1831 mentioning Red Post Hill in Dulwich, so maybe the renaming took place even earlier than thought?

Presumably from the naming, there is a chance that the post was made from the long-lasting ash tree.

However, a description of the area[4] in 1875 that describes in detail the house on the corner of the road, makes no mention of the post itself. Maybe an oversight, or maybe the post had by then been taken down?

Certainly, it vanished at some point.

Until a modern replacement was erected in October 2010[1].

So there you have it — a modern Red Post, and the only one to exist in London. 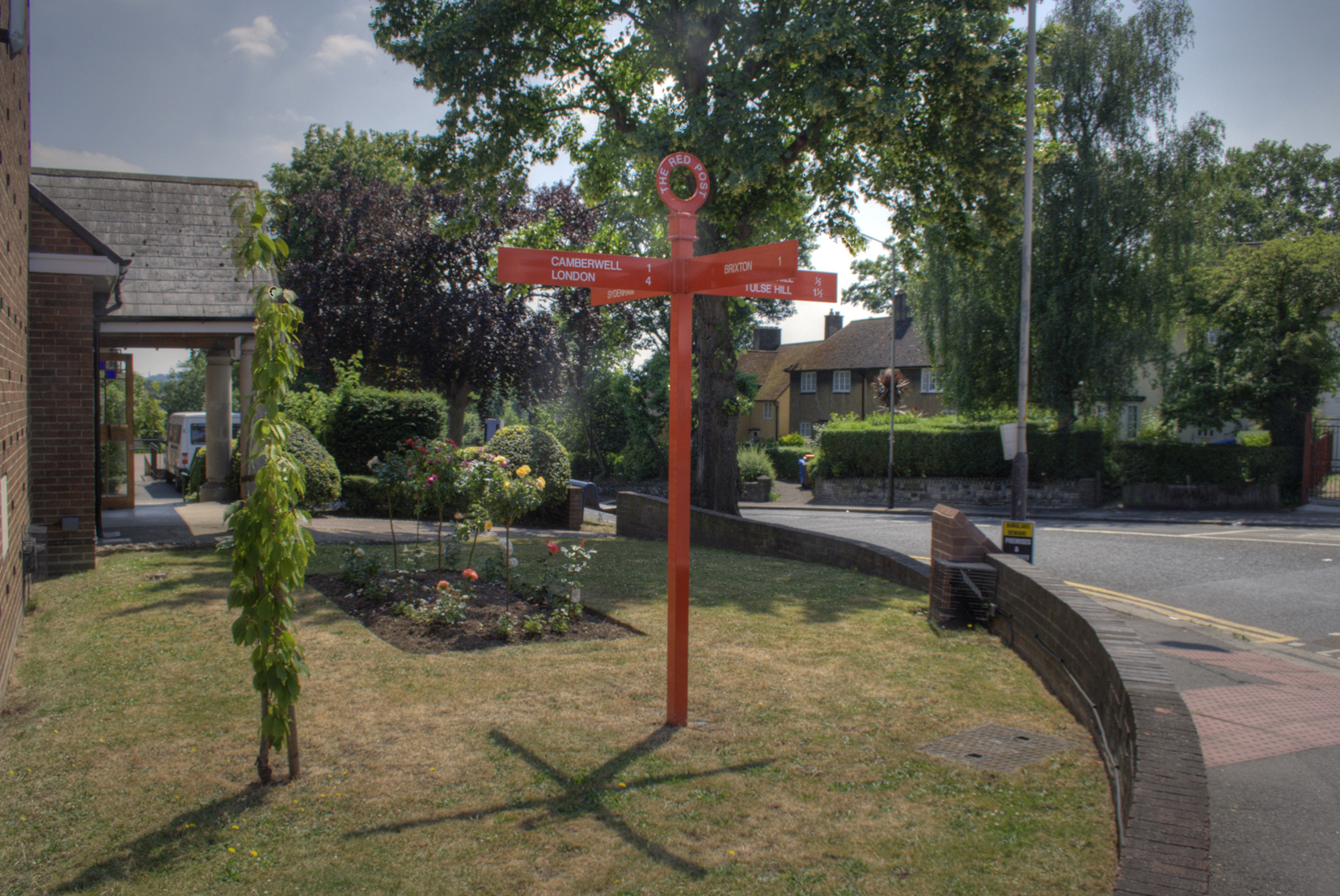 3) Reports from Coms. on proposed Division of Counties and Boundaries of Boroughs in England and Wales: Parts I.-VIII.