The subject of the exhibition is Joshua Reynolds, one of those boringly establishment figures of the 18th-century art work, churning out tedious paintings of the nobility in a style designed to flatter than be accurate. 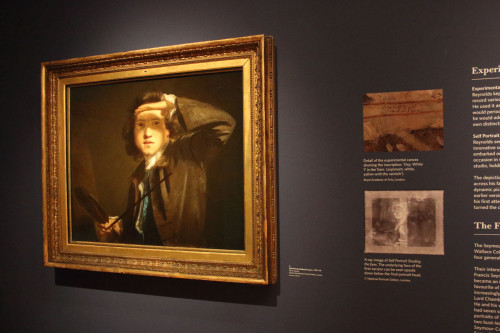 In fact, in common with many painters, most paintings by Joshua Reynolds aren’t by Joshua Reynolds. Well, if you were of modest wealth, you got your face by the man, and your body was done by one of his students.

Richer patrons got more Reynolds, and less student in their painting, with costs rising depending on how much Reynolds was involved in the work.

In addition to not painting all that much, he was, for such an establishment figure, somewhat unorthodox in his choice of materials or paints.

It is that which the exhibition seeks to show off, not the painting so often seen, but what lies beneath that final layer of paint and varnish.

It seems that conservators of his work are very familiar with his awkward painting experiments, and sometimes despair of trying to preserve his paintings. One drastic example on display shows how previous attempts to stop a painting from deteriorating due to unusual paint mixes saw the entire back canvas torn away and the thin surface layer of paint remounted onto new canvas. Impressive work, if utterly destructive in the end.

Other paintings show how x-rays or infrared has been used to reveal early sketches or even entire upside-down paintings underneath the final version. 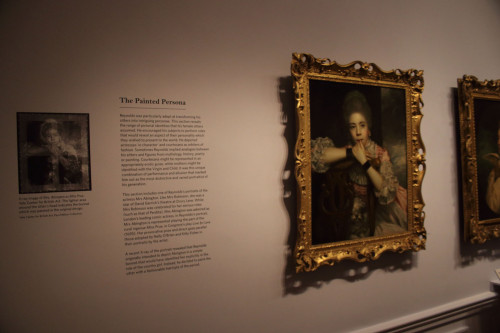 This is an art exhibition, but one where the art is secondary to the display boards sitting next to them that reveal the science underneath the paint.

The exhibition is free and open daily at the Wallace Collection until Sunday 7th June. 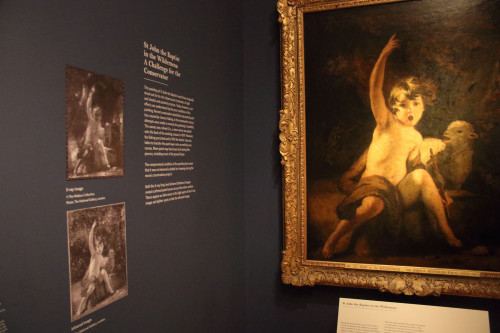