Formerly the home of the Rothschild family, a large mansion house near Acton Town tube station is now home to an expansive local museum for the area, and currently has a rather curious temporary exhibition in addition to the usual permanent displays. 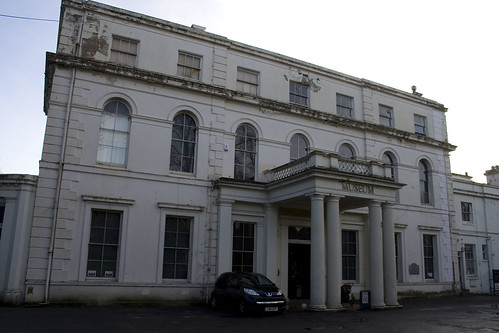 The museum is slightly difficult to find if you approach from the main entrance to the park, as the sign points you towards the cafe – head towards the car park instead. A cheery lady greeted me as I walked in and explained that the museum is in two halves along the ground floor and left me to wander around.

It was very quiet when I arrived which may explain the cheery greeting, and I saw just two families in there on my visit, which is a pity as this is quite a good museum.

Slightly curiously laid out with display cabinets freestanding in former grand rooms, which still have ornate ceilings and mirrors if you look around, but the window shutters were all closed, which while protecting the displays also made some photos difficult. 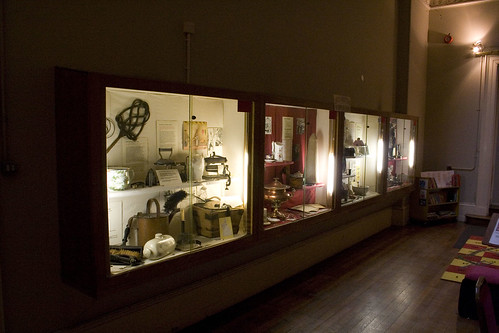 A sign explained that the museum was opened in 1929 with a large donation, and then built up with smaller donations of historic bric-a-brac, but they now only accept genuinely local artefacts.

One room is rather cleverly given over to a series of “shop windows” each specialising in an individual trade, and some displays about a similar actual shop that would have been selling such wares in Victorian times.

Like any local museum, they dig deep into antiquity with pre-history given a turn, Romans, medieval and right up to post-war developments. Another room is given over to the Rothchild’s own collection of horse and carriages – on display in a room vastly grander than they would have been used to when in use.

Also, London’s last horse-driven hansom cab is in the far corner. I doubt the Rothchilds ever used public transport though. 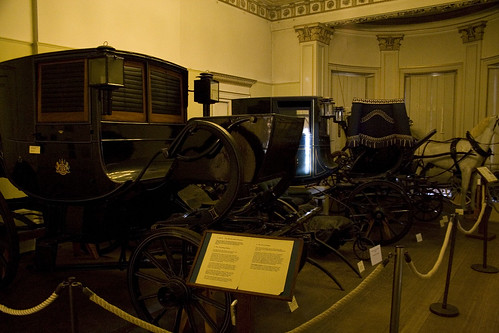 The building itself is sadly rather decaying, and while the museum takes over most of the ground floor, the upper levels are unused. Plans are being worked on to seek Lottery funding for a restoration of the building and surrounding park, and expansion of the museum.

I hope they don’t tart it up too much though – as the layout based on reusing posh rooms for the heritage of the common folk is rather charming. 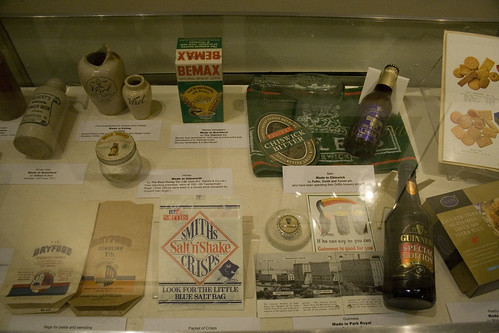 It was however in the room thought to have been the library where Suez Share deal was signed that the temporary exhibition sits in a large glass display case.

Amongst the rather odd selection local curious sits something of interest to certain people of a certain age. 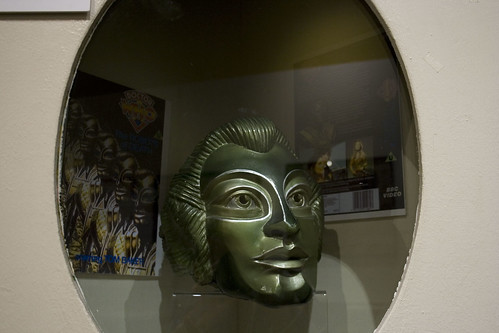 Yes, a face mask from the Dr Who story, The Robots of Death. It’s relevant for a local museum because as the sign explains, it was made by a local resident.

The design of the robot head was based on advertisements from the 1930s, particularly the waved hair. So now you know, the robots of death are based on scary prim and proper ladies from the 1930s.

The green tabards worn by the robots were made from shower curtains from John Lewis!

The exhibition is in place until the end of this year.

The museum is open daily and is free to visit, with donations appreciated. Do watch for the mannequin tipping its top hat if you drop some coins into the box by the door.

Just don’t breathe in any helium if you want to survive the robots.

There is also an event at the Ealing Central Library on the afternoon of Sat 9th Feb which will research the local history of Dr Who in preparation for an event in November. No more details so call 020 8825 9278 if you want to get involved.

The leaflet on the notice board was illustrated with a photo of some Daleks trying to board a double-decker bus. This photo in fact – and yes that bus route is an Ealing one.