The restoration of the Walled Garden at Fulham Palace

At the far end of the posh lawn at the back of Fulham Palace is a high wall, punched through with a decorate gateway – and behind lies a historic walled garden. Part of it has now been restored to a reasonable replica of an earlier design, and there is also ongoing archaeology work in the rest.

The walled garden such as it was, closed in 2010 to allow the restoration of the workmen sheds and greenhouse, as well as the decorative Knot Garden based on a design from 1830. 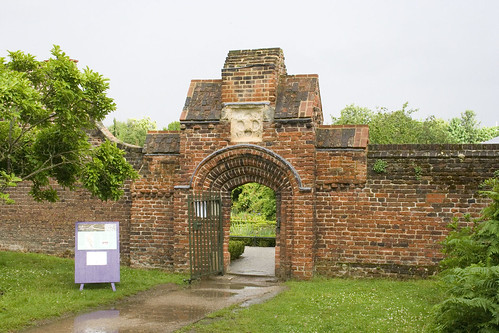 There has been a garden of some sort on the site since at least the 15th century, probably planted with vines and the first record of a walled garden comes from 1647. However, as the gate in the wall is described as Tudor, it is presumably much older.

Over the centuries, the garden has been variously used for farming or botanical studies and a “pinery vinery” was installed on the north wall. This is an elaborate name for a glasshouse and the term comes from its use to grow both grapes and pineapples. The grapes were planted outside, then trained through a hole in the wall inside the glasshouse and up. The shade they caused making it easier to grow the then highly-prized pineapples.

In the 18th century, a single pineapple could sell for the equivalent of £5,000. The best fertiliser it turned out was dead animals, of which many were deposited in the planting pits to rot down.

The glasshouse that is here today is a modern replica in aluminium. The use of metal instead of wood may offend some, but it is a lot cheaper to maintain in the long term. The long term intention is that the walled garden will continue its restoration and become a supplier to the cafe inside Fulham Palace itself. 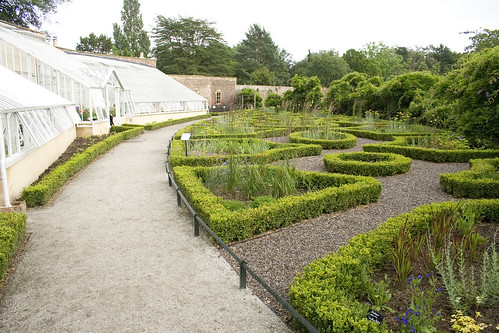 In the meantime, much of the rest of the space is given over to an archaeology project which is trying to recover the early layouts of the garden so that restoration can be reasonably accurate.

Of course, scraping away the soil looking for hints of its past is not helped by the vast number of suckers and roots from past and present trees! 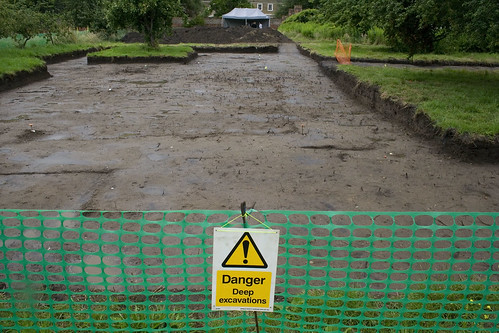 Part of the aim of the archaeology work is also to define how deep later planting can go without disturbing any lingering remains. If they want to plant trees, then that has to be cleared by the heritage people. A row of more recent apple trees might need to come down as they are in totally the wrong place, but that hasn’t been decided yet.

While the archaeology is taking place, they are also holding guided tours of the site. Upcoming dates are: Wednesday 25 July, Wednesday 8 August and Saturday 18 August. 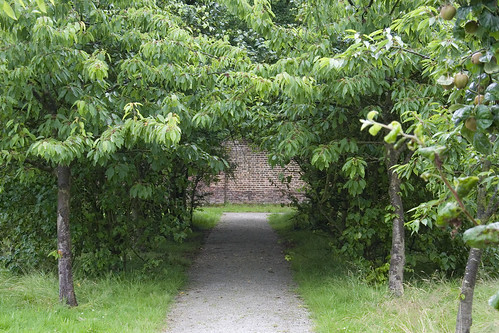 If visiting, do look to the right of the Tudor entrance, as there are some bricked up “bee boles“, which were niches in the wall to house early bee hives known as skeps.

During my visit I didn’t have time to visit the Palace itself, that will have to wait for a return visit – as will All Saints Fulham, the place where Patrick Troughton was so famously killed in The Omen.

A few more photos of the walled garden are here.