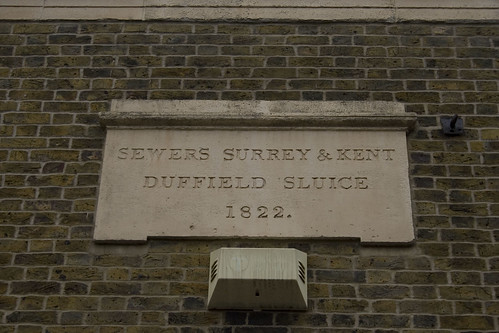 This is an office block from a former sewer pumping station, which has since been demolished, leaving behind just this fragment of its existence. As you might have guessed from the date, the sewers concerned pre-dated the great works of Joseph Bazalgette in the 1860s and were constructed by the Surrey and Kent Commission of Sewers. 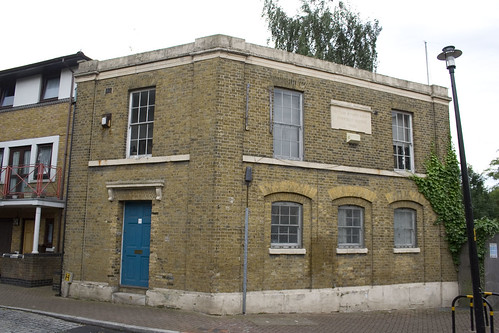 Making an educated guess, the land surrounding the building, was the sewer plant and is now housing. Certainly the Land Registry documents cite a single plot of land with a single owner surrounding the office building, and in pink on the image below, is the area that has covenants restricting building works due to the sewers underneath.

Now, there are 1980s blocks of flats on the land of the former sewage pumping plant, and the old office is all that is left of that pre-Victorian industrial memory – and something to point out to friends when out for a riverside walk and impress with your knowledge of history. 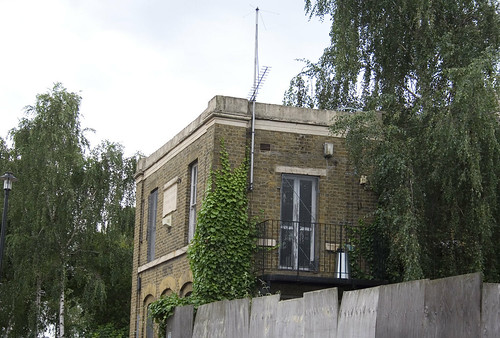