The quiet murmuration of the Tower of London

Published 7 November 2014 by Events and Tours

It can hardly have escaped your notice that something special is happening at the Tower of London at the moment. Signs exhorting people to avoid Tower Hill station have popped up in tube stations. Newspaper reports on the phenomena that has overtaken the ancient fortress. Shrill commentators complaining about the symbolism. Politicians jumping on bandwagons to keep the event going on for longer.

Of course, it’s “the poppies”, more formally — if rarely so — known as Blood Swept Land and Seas of Red.

It opened a few weeks back, although you would have hardly noticed as a few hardy souls volunteered to stand in the moat hammering metal spikes into the ground ready to receive their ceramic red crown. 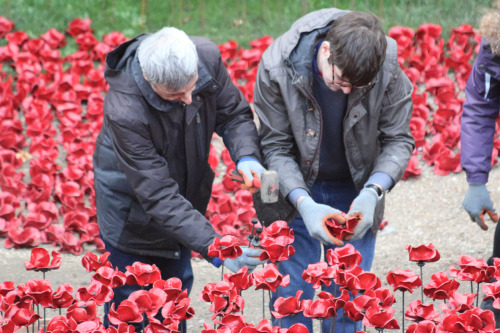 Then the crown itself arrived as The Queen turned up to have a look, and the sea of red grew from an isolated display into the sea of red that it promised. The green moat runs red with symbolic blood. 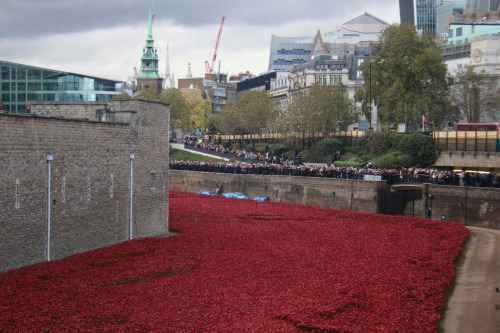 And the crowds came.

More than anyone expected. Tower Hill tube station closes when the crowds get too large. Signs sprung up asking people to use other stations and walk.

Sometimes, TfL can be really quite useless at signposting, and other times, exemplary, and here, the signs are simple and obvious and repeated all along the route. The Tower is traditionally advertised with the silhouette of the White Tower, a recognizable castle shape for the tourists. Now the castle has been supplanted by a splash of red with a dark heart. The poppy is the destination, not the castle. 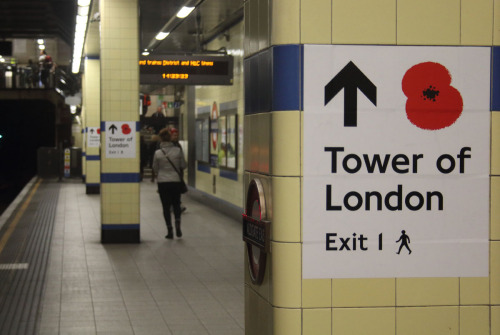 Most people seem to come for the poppies, either for the remembrance or for the awesome sight of the entire moat being filled with a single blood coloured stain.

But many come because the many have come. Told to come for the spectacle, to see something that is ephemeral, transitory, temporary. To come now, or miss out.

And it is the crowds that turn this event into something special. Quiet murmurings not loud shouts dominate the scene in an unworldy manner. A sea of nearly silent humanity collectively standing awestruck by what they are seeing. The poppies are the main attraction, but is the crowd standing in dumbstruck quiet that turns the display into something really remarkable.

There are some who have to take “selfies”, and some with big cameras, or cameras on sticks. Some are on phones telling friends to come along before it is too late. A worker carrying a bag walked through the crowd impatiently, deliberately knocking each person he passed as he took his frustration out on people who dared obstruct his way. 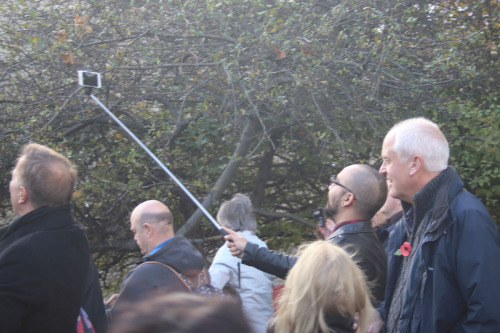 But overwhelming is the slow steady movement of the respectful who have come to see something they will never see again. To feel the emotions of the sheer scale of the display, the mass of the crowd, the quiet reflection in the hushed conversations.

Formal ceremonies on Sunday will remind people of those who died, but in a formal arranged choreographed order. At the Tower, people wander, they mingle, they are free to do as they want — until they join the mass that walks along the external walkway.

Then slowly the mass flowed as a human glacier past the walls. Hardly anyone can see anything, but participation is what counts. 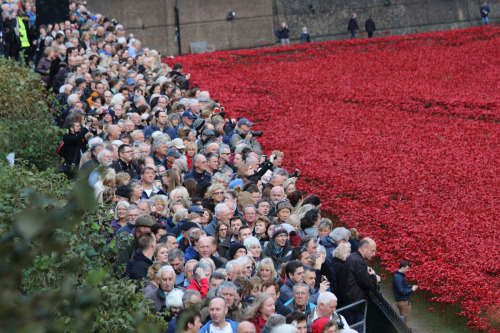 The display is in fact also art, but also art that doesn’t seek to tell us what it stands for, it simply stands for itself, and leaves you to decide what if any meaning it should have.

There is a campaign to keep the poppies, but that would be wrong. The temporary nature of the display is a key part of its appeal. It will also be cut down, with a short life, much as those it commemorates had their lives cut short by war.

To keep it for, as some have said, up to 4 years would turn the special into the mundane, the familiar, the commonplace. It is currently special.

Come to see the poppies. Experience the crowds. 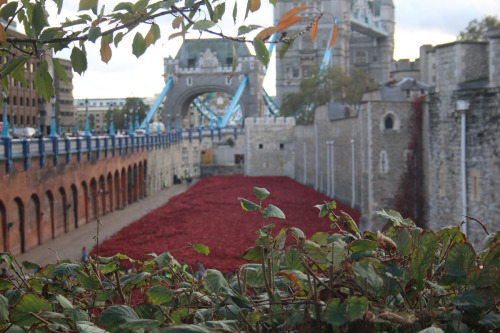 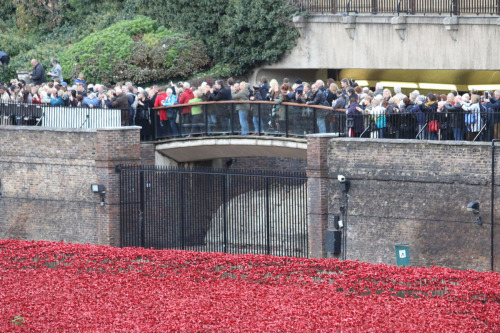 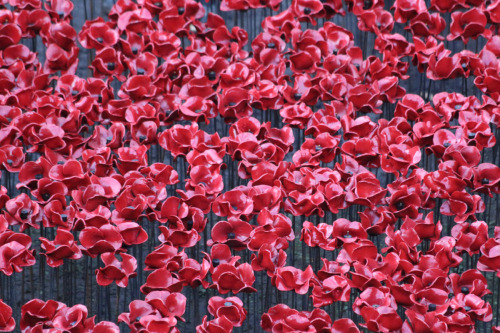 Sea of red close up 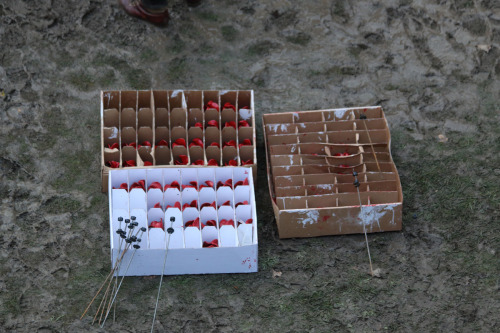 More poppies ready to be installed 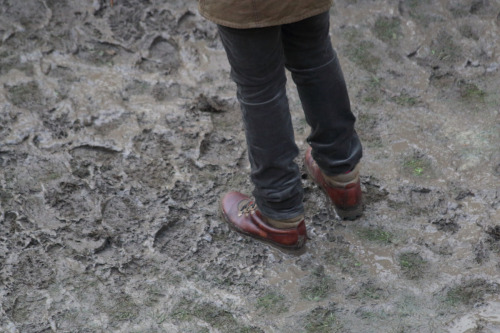 The moat is turning into trench-like mud 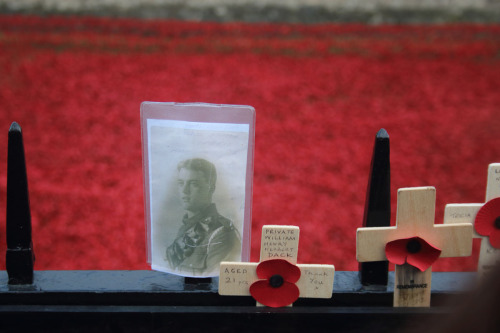 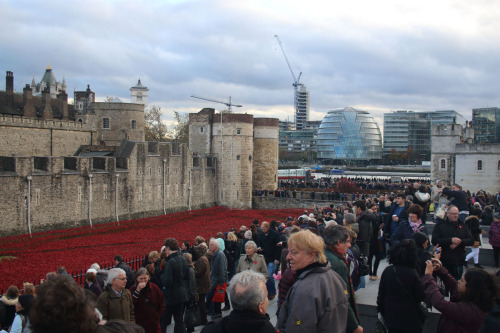 And the crowds keep coming