He was born in Venice and started his art as a painter of scenery for the theatre, but soon branched out into his own works, and while little regarded by the local art critics, his works were snapped up by foreigners, mainly Brits on the Grand Tour. 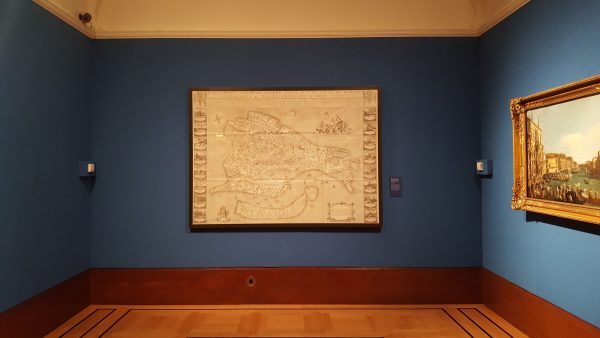 His works, promoted by the British collector and Consul, Joseph Smith and it was his commissions of “postcard” art that was to make the artist a familiar name to the rich of the 18th-century England.

What better in the time before the photograph than to collect paintings to show off the wonders you had seen.

Not that the paintings were entirely accurate mind. Canaletto was a painter of capricci, of imaginary views. Sometimes simply slight distortions of a landscape to make the painting more appealing, sometimes total fabrications.

For an artist who is famous for his rich colourful paintings, the main exhibition starts in the land of the monochrome — with his sketches. It had been thought that the artist used a type of camera obscura to trace the outline of buildings onto his papers, but recent infra-red research for this exhibition has revealed the true genius of his free-hand draftsmanship. 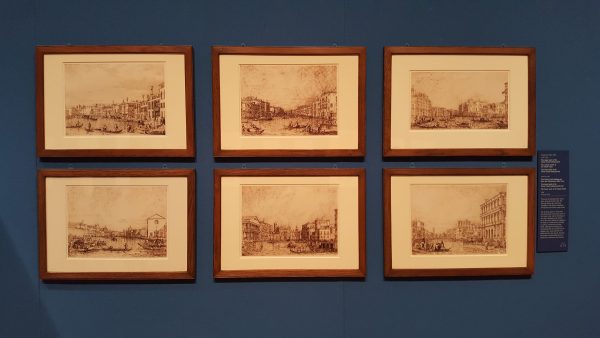 The exhibition jumps into colour though when you turn the corner into a room that has been set out as a display might have been in the 18th century, rather more crowded than is commonplace today. 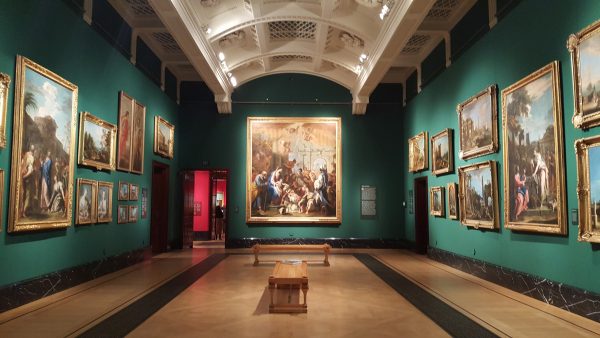 However, it’s the third room that can be called the definitive Canaletto display, with the famous scenes of the Venice canals filling a whole wall. These are the originals commissioned by Consul Smith, who then displayed them in his home for reproductions to be sold to visiting aristocrats from England. 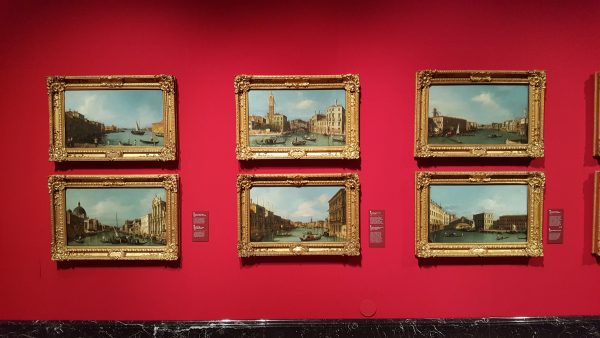 Sadly, for all his popularity in England, he was rated fairly lowly by the locals, who were quite sniffy about a mere theatre painter churning out something they could see from their own window.

The exhibition ends at the beginning, with a pencil drawing of the famous clock tower being repaired following a lightning strike.

Canaletto moved to the home of his most ardent admirers shortly afterwards and produced his famously idealistic images of London. 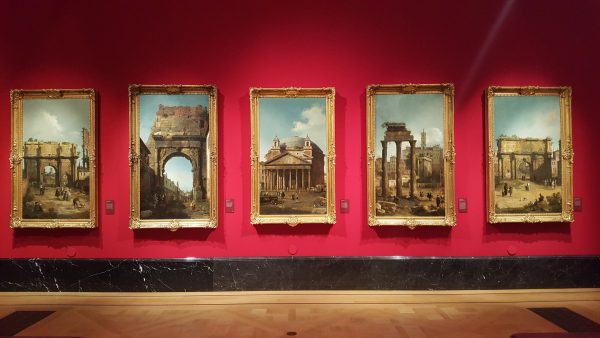 The exhibition, Canaletto & the Art of Venice is open at the Queen’s Gallery until November this year. Entry is £11, and with Gift Aid includes repeat visits for a year.