A small stone-built building, just three stories high, it is, in fact, one of the oldest surviving parts of the original Medieval palace complex and one with a very rich history hidden within its walls.

Despite its rich history, it is today a small, often overlooked tourist attraction, with little inside but whispers of past glories. Nonetheless, it is worth paying a visit. You might be surprised. 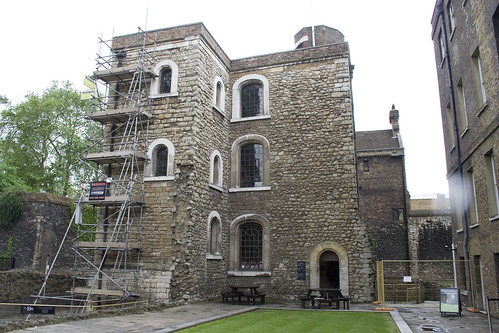 The building itself was constructed around 1365 on the corner of the then Palace estate, but encroaching on land owned by the neighbouring Abbey — to their considerable and vocal annoyance — as a storeroom for the King’s private collection of jewels.

A moat was built around it — the remains of which can be seen today as a dry ditch — apparently as protection. However, and I questioned this when I noticed it, the staircase is backwards. For protection, stone staircases always run clockwise as a conventionally right handed swordsman cannot stab upwards as easily on such a staircase. Here it runs counter-clockwise for reasons that are unknown, which disadvantages the defender.

It is thought that being inside the Palace meant that defence was less important, so why the moat? 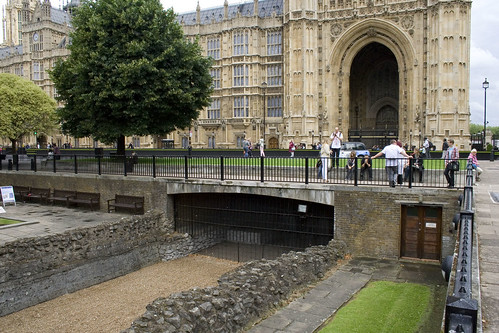 Anyway, going inside you are invited into the ground floor room, which is now the obligatory English Heritage shop and micro-cafe space, and where you hand over £3.50 to get inside the rest of the Tower. Offered a guide book for £2 I picked up a copy. I usually consider guidebooks to be a necessary evil as they add a bit more information to assist with a blog, but aren’t something I would normally buy.

Now go upstairs to the top floor and sit in one of the deep window alcoves and read the guidebook. Ten minutes here will tell you everything there is know about the life of the tower and as you can wander around imagining its history coming alive.

In brief, the tower originally used to store jewels ceased that function after the fire of 1512 (yes, exactly 500 years ago) destroyed a large part of the Palace and caused the King to move northwards to Whitehall. The tower was given over to housing a wardrobe, of the conventional sense, and seemed to fade from the written records until 1621.

It was now that it became the Parliamentary Archive to house the laws and documents of the House of Lords. Quite a lot of modifications were made, including bizarrely the demolition of the staircase from the ground floor to the first. It seems that entry was via a bridge walkway from the house that now sat in front of the tower and you entered via a window.

When Parliament burnt down again in 1834 preparations were made for a new building, which included the mighty Victoria Tower to house the Parliamentary Archives.

The Jewel Tower, being of sturdy stone and not subject to whims of heat and cold, then became a suitable place for the testing of measurements, such as the official length of a foot – or the volume of a pint of beer. 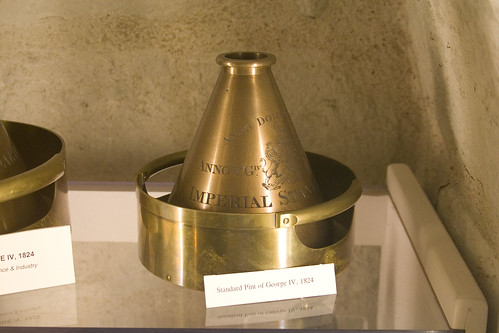 These also eventually left in 1931, and after post-war restoration, it was opened to the public.

Which brings us up to date.

If you are in the upper floor, then the ceiling is modern to replace one burnt to a cinder by a German bomb, and I suspect the heater in the fireplace is equally modern. However, the doorway most certainly is not, and probably dates to the 14th century. 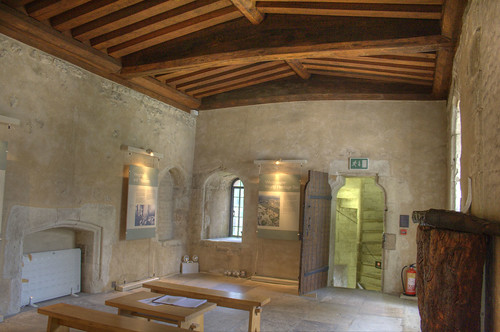 There were in fact double doors, although only one survives and if you look at the thick doorway from the stairs, you can see the inset for the other door that faced onto the stairway.

The first floor is given over to a display about Parliamentary History, with the formal robes of the former Speaker, Michael Martin on display. It seems that they display the previous Speaker’s robes and change over each time a new speaker is elected. Will they put an M&S suit in here when Speaker Bercow is finally deposed?

I also learnt the origin of the term Cabinet for the government, which was a surprise to me.

Do also pay attention to the niche in here, which was originally a safe-house for documents, oh, and the door that dates reliably from 1621, as it proudly boasts.

Most of the windows are 18th-century enlargements on the much smaller originals, and that applies to the small windows in the staircase as well. They used to be even smaller. 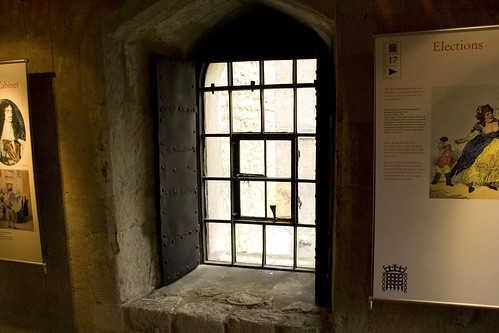 Down on the ground floor, if you can avoid the temptations of the shop, spend more time looking upwards, for here is a small, but delightful vaulted ceiling – said to be one of the finest around.

You might also notice that the upper floors had two rooms, but here on the ground floor, only one is open. The other, presumably a storeroom, once also contained the toilet – which emptied directly into the moat outside. That moat which runs right under the Sovereigns Entrance into Parliament, so when The Queen arrives, she is walking on…, well, you can imagine. 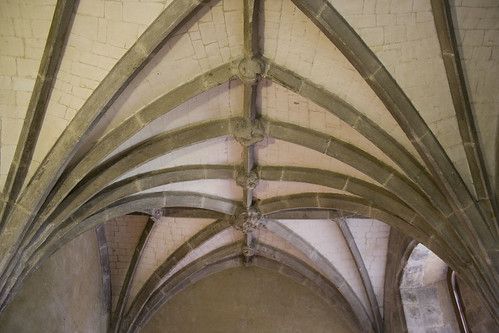 It’s only a small building, and you really do need to read the guide book – so entry ends up at £5.50, which is overpriced for a small building, but good if you enjoy visiting things are exceptionally historic.

Incidentally, as I was approaching, I saw huge crowds in the garden by its entrance as was surprised at how busy it was. However, it turned out the small windows in a side building everyone was looking into with such interest are the ticket-booths selling tours of Parliament.

Also, although the main view of the tower is from its front, if you walk around the more modern building next to it, you can get a lovely view of the tower with the column for the staircase. Well, lovely if you ignore the scaffolding needed for more restoration work. 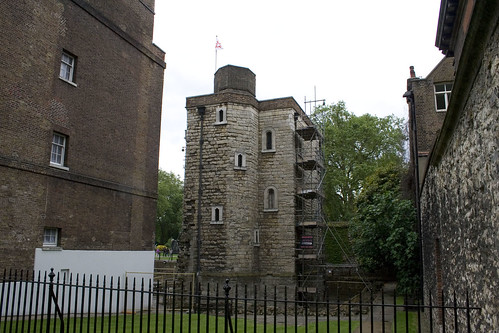 I wonder who I have to ask to get on the roof? 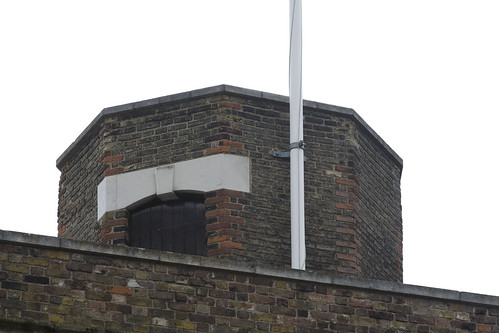 The Jewel Tower is open every day of the week, holidays excepted from 10am-5pm. Entry is £3.50 plus £2 for the guidebook. (map link)